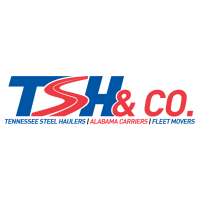 At TSH & Co. (Tennessee Steel Haulers, until just recently), it has truly been a family affair. Sid Stanley founded the company in 1977 with one truck and a big dream. While Sid is still involved, TSH & Co. has transitioned into its second generation and is now being shepherded by his twin sons, Gregg and Craig, who serve as co-CEOs. Additionally, Michael Sheehan Sr., (Sid’s son-in-law) serves as the company’s chief business development officer. Now that they’ve joined Daseke, TSH & Co. has become part of a larger family — one that will deliver continued growth on top of a growth curve that has been nothing short of astounding.

Today, TSH & Co., which includes Tennessee Steel Haulers, Inc., Alabama Carriers Inc. and Fleet Movers Inc., has more than 1,100 trucks under its authority. Combined, they are one of the largest flatbed haulers in the region, hauling primarily — you guessed it — steel and industrial materials.

Like many Daseke operating companies, TSH & Co. started small. Sid cut his teeth working summers at his uncle’s trucking company while in high school. Seeking bigger fortunes, he went to business school and parlayed his transportation degree into employment at a mid-size trucking company. But a call from his uncle convinced Sid to return to his roots, and he became general manager of Cherokee Hauling & Rigging, Inc. at the ripe old age of 24.

“I was a little young to be general manager,” quipped Sid. “But I learned a lot.”

Little did he know, but that experience would pay off in the long run.

When his uncle sold the company, Sid was furloughed by the new owners and found himself out on the street. Opportunity didn’t come knocking. So Sid did it himself. He purchased operating authority in the state of Tennessee so he could haul for an old Cherokee account.

“Back then,” he recalled, “you had to have authority to haul anything. We gave real meaning to the word ‛undercapitalization’ when we started Tennessee Steel Haulers, but we made it work with one truck and me as the dispatcher.”

Things did not stay small. With de-regulation in 1980 and a green-grass playing field, TSH expanded its open-deck fleet, first with its own trucks, then eventually with 100-percent owner-operators. “North and south on I-65, hauling steel and pipe was our company’s bread-and-butter in the 80s,” said Gregg, who joined the company in 1998. His brother Craig joined three years later after a stint as a stockbroker. Michael came on board in 2007. 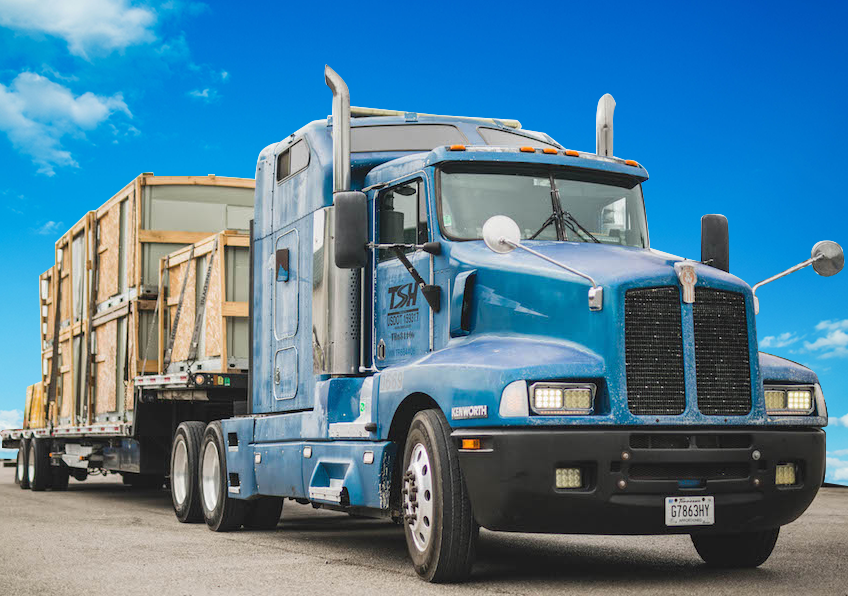 In the early 2000’s, the company put in a terminal in North Carolina, which allowed more east-to-west routes — Texas being the number one destination. Laredo is still a hot destination for TSH, with loads being handed off to a Mexican partner at the border.

“It represents more than 10 percent of our revenue,” said Craig.

“By being asset-free and 100-percent owner-operator-based, we’ve been able to grow at the right pace,” said Craig. “But to be successful, you have to have a great support program in place, and we do.”

TSH & Co. was one of the first companies in the country to offer a trailer lease/purchase plan, later expanding that to trucks as well.

“That’s proved very popular,” said Gregg. “We have a waiting list for our tractors and trailers and we hope to expand the program in the years to come. When owner-operators express an interest in the program, we first sit down with them to map out a plan and a budget. Are they ready? Can they afford to do this? We work with them to help them become a better businessperson. We know we won’t be successful unless they are.”

Even though the company has grown in size, it still retains its family culture and remains dedicated to its operators. The proof is in the pudding, with turnover rates at TSH less than half the industry average.

“Another metric showcasing how well we work with owner-operators is that the majority of our new drivers come onboard from referrals. Our drivers are our greatest cheerleaders — they’ve found something special at TSH and they want others to experience it.”

While TSH’s drivers are happy, so are their customers.

“Many have been with us for decades,” said Gregg. “We have a very loyal customer base. It’s all driven by working honestly and dependably with both our customers and our owner-operators. I’d put our service up against anyone in the industry.”

Earlier this year, TSH & Co. grew by acquisition. The company had long been a minority shareholder in Alabama Carriers and Fleet Movers — two companies that also hauled steel, but had different lanes and customers.

“We moved forward with a full buyout and brought the companies into our fold,” said Gregg. “They are a great complement to our existing business and help round out the services we offer throughout the region.”

But becoming a Daseke company was not part of the plan for an already highly successful company.

“We received a letter from Don Daseke. At the start, we didn’t give it much thought since we weren’t for sale,” explained Craig. “But the letter from Don was different. It was intriguing. We called Don back and he asked, ‘When can I come for a visit?’

“When he met with us, we gave him our story and he gave us his. We connected. Don has a different business model – he runs the company the way you would want it run. We were also very impressed with all the other companies working with Daseke — all very high-quality and high-integrity. Don understood that passionate people built what we have at TSH and that we are very protective of our legacy and future.”

According to Don, TSH & Co. is a natural fit for Daseke.

“TSH has developed a great business model — 100 percent owner-operator-based — with customers that have stayed true to working with them,” he said “We’re just thrilled they’ve come on board. Gregg, Craig and Michael have learned from one of the best in Sid, and they’re taking his vision and passion to the next level. What’s more, they’ve already had some connections with other Daseke companies — Chris Cooper at Boyd Bros. So the synergy will only grow from here.”

“One thing we share with all our new sister companies is a passion for the business,” said Craig. “I’ve always said, when trucking gets in your blood, you can’t get it out. It’s very true in our family and for those who work with us. We couldn’t be more pleased about joining the Daseke family and growing our legacy even further.”