The three new members of Daseke Inc.’s board of directors come from diverse industries and backgrounds, but they share a wealth of experience and knowledge about supply chain and logistics and a focus on the operational details that allow companies to deliver optimal service to customers.

They also share an appreciation for what Daseke has accomplished so far, and an enthusiasm for what they can contribute to taking Daseke to the next level of success.

Meet the three accomplished executives who have joined the Daseke board. 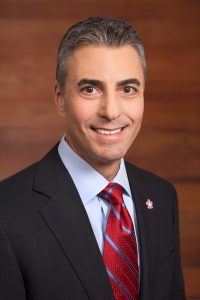 Chuck Serianni knows something about trucks. Republic Services Inc., the Phoenix-based waste-collection company at which he is executive president and chief financial officer, operates 16,000 of them.

But it wasn’t just the commonality of trucking that persuaded him to joining the Daseke board. Another important factor was Don Daseke himself.

“Don is such an energetic individual, and he’s got this magnetism to him,” Chuck says.

He also sees important similarities between where Daseke is now and where Republic was 20 years when he joined the company. The trucking industry is highly fragmented, with even the largest players having a tiny slice of the overall market, much as the waste-collection industry was. Chuck believes he can bring to Daseke’s board the lessons Republic learned as it grew.

“There’s a huge opportunity to consolidate the industry,” he says.  Daseke, he adds, has the opportunity not just to become big but “to be the preferred provider. Blue-chip companies expect white-glove service in trucking, and Daseke can differentiate itself in the market by providing that.”

Being a board member is more than showing up for meetings or joining conference calls, he adds.

“It’s doing the research, making sure there’s a thorough review of all the materials and staying abreast of the industry so you can participate actively and fully.” 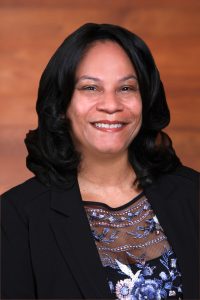 “Operations and logistics are near and dear to my heart, that’s where my passion lies,” says Ena Williams, chief executive of National HME (a provider of durable medical equipment to the hospice industry). “That’s where the action happens.”

She especially likes being out in the field with team members and talking to customers.

“You see exactly what the customer needs and you can react quickly to it. For me that’s very exciting.”

That’s part of what intrigued her about the invitation from Don Daseke to join the board. It was the third such invite she’s received, but “the only one I was excited about.”

Ena met Don Daseke at a conference sponsored by the Institute for Excellence in Corporate Governance, a program at the University of Texas at Dallas that, fittingly enough, helps teach executives how to be corporate directors.

Before joining National HME, Ena was senior vice president and head of international operations for 7-Eleven Inc., working with the owners and operators of thousands of licensed, franchised and joint-venture stores. That’s experience that will prove valuable at Daseke, she says, because of some of the parallels and similarities.

“When you look at Daseke’s business structure and the culture they’ve built, it’s really centered on autonomy of the member companies, trying to find synergies and sharing resources among them. It’s a quite unique business model, especially for a publicly traded company.”

“I’m looking forward to the next chapter of the Daseke story, and to be a part of writing that chapter and more.” 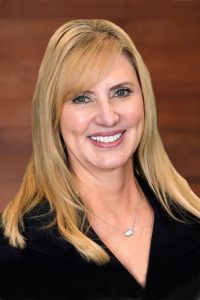 Kim Warmbier brings in-depth knowledge of three critical aspects of business operations to the Daseke board.

She’s very familiar with the transportation sector and supply chain, having worked at such companies as Dean Foods, which had the third-largest refrigerated-truck fleet in the world, and at Frito-Lay/PepsiCo., which has its own sizable over-the-road fleet. That experience gives her familiarity with the issues trucking companies like Daseke face, including driver recruitment and retention and regulatory compliance.

She also has up-close and in-depth knowledge of technology and its application to the transportation sector, especially through her present job as executive vice president and chief human resources officer for Sabre Corp., the software provider behind the reservations system used by airlines, hotels and travel agencies worldwide.

And she’s had a wealth of knowledge of the people side of business, in a career that has included human-resources positions at companies like JCPenney, as well as running her own consultancy helping companies with organizational transformation.

That knowledge base was what led Daseke to recruit Kim to the board. She was intrigued by the invitation, but she did her due diligence, talking to a dozen Daseke board members and executives before deciding to accept.

“I was very impressed,” she says. “I heard a consistent message and theme, and an alignment between the board and management on what needs to get done

Kim has worked with and made presentations to the boards of five publicly traded companies, giving her insights into how directors work with the management team. She’ll bring that experience to her new role at Daseke.

‘It’s an environment in which I believe I can add immediate value,” she says.  Taking on the assignment, she adds, is “challenging – but a very good challenge.”