Scott Wheeler graduated from Texas A&M University-Commerce, then known as East Texas State, in 1980 with a degree in psychology and a minor in radio and television. He went on to a successful career in business (including his present position as president of Daseke Inc.) and government, serving as mayor of Addison, Texas, (Daseke’s headquarters) between 1999 and 2005.

Even though he now lives in the Dallas area, Scott never truly left the college’s campus in northeast Texas – some 70 miles away. He has served on the College of Business advisory board for 18 years, has been an adjunct faculty member for more than six years, and hosts events at his home for A&M-Commerce.

“I’m an advocate for the school,” he says.

The lessons he learned there, Scott adds, never left him.

Now the school has recognized not just Scott’s achievements since graduating but the enduring connection between graduate and alma mater by naming him one of its Distinguished Alumni for 2018. 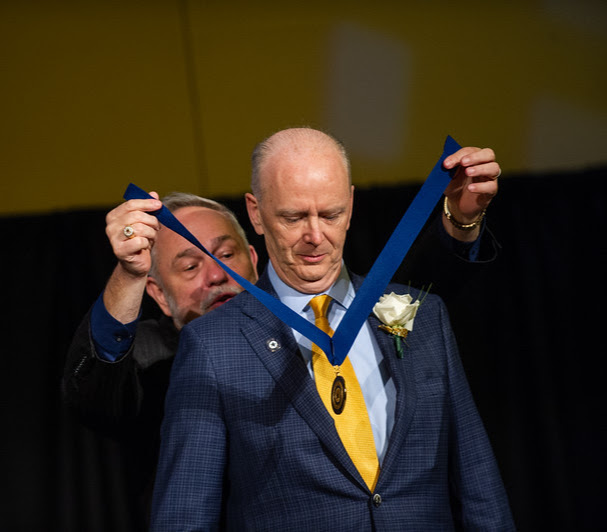 Scott joins very distinguished company with that award. One previous recipient: Sam Rayburn, the longest-serving Speaker of the U.S. House of Representatives, graduated from the school when it was East Texas Normal College.

It was almost pre-ordained that Scott would attend East Texas State. His parents were both professors at the university, so well before ever setting foot inside a classroom as an official student was immersed in the culture and rhythm of life in the college town. He was a regular at concerts and games, and college-related social gatherings were regular events at his home.

“It was intertwined into my childhood,” he remembers.

The Wheeler family connection to the school runs deep. His older brother and sister both graduated from it. Two of his sisters have master’s degrees from that university.

While he applied to other schools, “I really didn’t consider anyplace else,” he says. Enrolling at the hometown school had another big upside: He could live at home and not in a dorm. “It made perfect sense to me.”

Scott spent his time at the university preparing for a career in business, although that wasn’t his declared major or even his intent at the time.

“There was no question I was going to be a major rock star,” he says, referencing his time playing bass guitar in a rock band named Impact.

They were good enough to open for national touring acts such as Huey Lewis and Pat Benatar and after Scott moved on to country music, Randy Travis and George Jones. 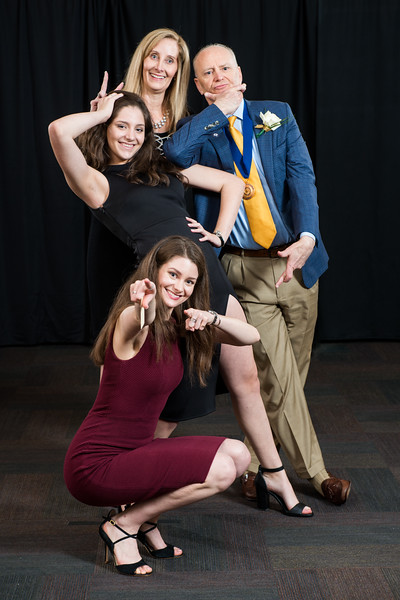 But Scott was learning important skills that would serve him well in business.

A&M-Commerce has as part of its motto the pledge to endow its students with “ceaseless industry, fearless investigation, unfettered thought,” and Scott took those words to heart.

“The message was, ‘We didn’t go to Harvard, so we’re going to work harder than the next guy. See things that others may not see because they have their minds closed. Know what’s real and know how to deal with it.’” 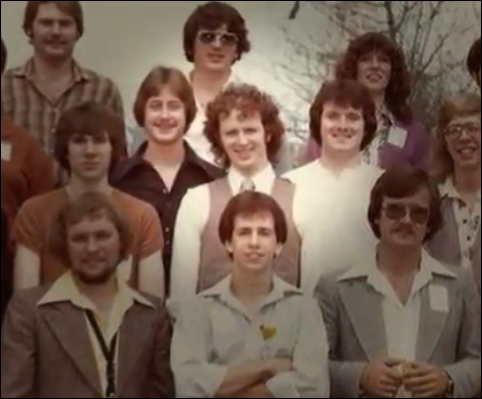 Those are lessons that Scott, who went on to get an MBA from Southern Methodist University, tries to impart when he teaches at the university or speaks to students.

He was happy to sign up because he remembers as a student how valuable it was to be taught by someone in the real world.

“I did enjoy the academicians, but if I had someone who had been there and done that and came in and taught, it was worth its weight in gold.”

The students he meets today are “much more serious and they’re much better students, and it’s not even close.” Scott has hired A&M-Commerce students and graduates as interns and employees because of what he knows about the school.

“The education student’s receive is top notch, and the work ethic is special.”

Despite his busy schedule with Daseke, Scott intends to continue his involvement with A&M-Commerce and its students. Being recognized as one of the school’s Distinguished Alumni is an award of special significance to him because of that family legacy and his own experiences there.

“I have a real affinity for the blue and gold. Go Lions!”

2018 Distinguished Alumni – Ronald Scott Wheeler has been a leader in business and the public sector. Here, he discusses his progression from Commerce “townie” to student to band leader, businessman and politician, inspired by the credo of the East Texas State (now A&M-Commerce) founder, Leonidas Mayo.