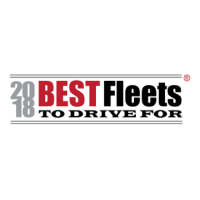 Central Oregon Truck Company (COTC) has been breathing rarefied air over the past five years, consistently being named a Top 20 winner in the Best Fleets to Drive For program produced by the TCA and CarriersEdge. While that’s a great honor unto itself, nothing is quite as nice as being named the best of the best. And that’s what happened at TCA’s annual conference held in late March, where COTC was named North America’s Best Fleet to Drive For in the small fleet category.

“It was really a team effort. I’m so happy for our company,” said Rick Williams, CEO of COTC. “This recognition is tremendous and shows that all the hard work we’ve done and the sense of community and passion we share with our drivers is respected in the industry. We’ve been a finalist for many years, but to win the award this year — words can’t express how honored we are.”

The happiness resonates all the way through the Daseke family. Several Daseke companies have joined COTC as a Top 20 winner in the past, including Smokey Point Distributing, Boyd Bros. and WTI. In 2010, COTC’s sister company, Boyd Bros., won the Best Fleets top honor.

“Daseke companies are no stranger to winning prestigious awards, whether that be from shippers, for safety or for driver culture,” said Don Daseke, CEO of Daseke. “But I feel the Oscar in the trucking industry is the Best Fleets to Drive For recognition program. Our collective success is built around our drivers. They are our core. What Rick and his team have achieved this year is tantamount to winning Best Picture. COTC is really a visionary when it comes to how they work and interact with their drivers. They lead. They don’t follow. It’s why they’ve had the success they’ve had.”

Rick is a former driver himself and started hauling loads intrastate for his dad’s trucking company at the age of 20. But he’s also a quick study. By the time he was 27 — 1993 — he and his partners began doing business as COTC. 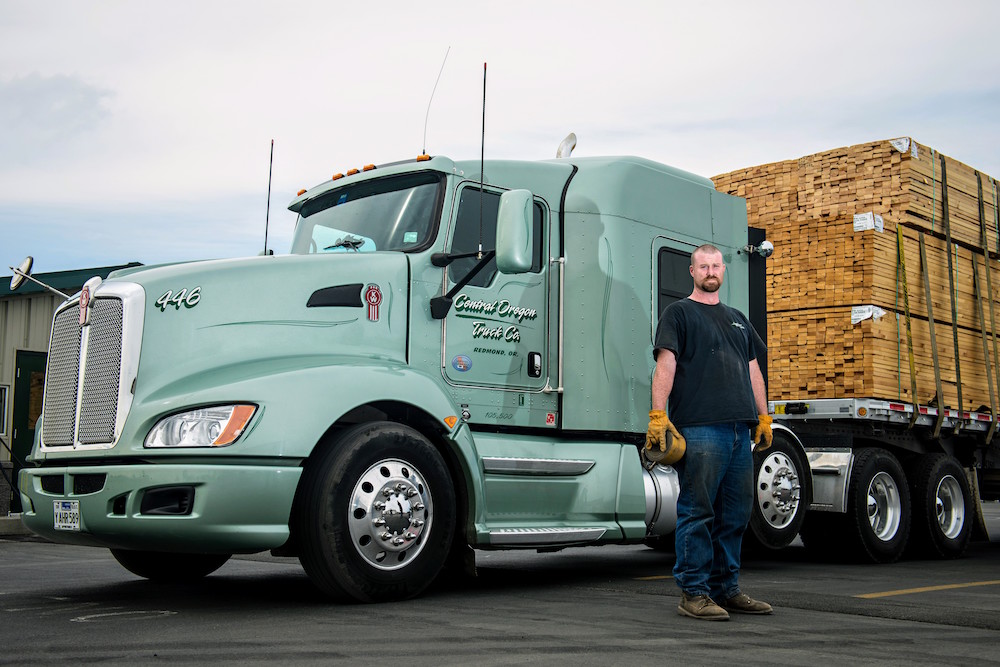 Since then, the company has grown to 350 power units, all late model Kenworth T680s spec’d for driver comfort. COTC became part of Daseke in 2013. In that time, Rick and his team have never lost sight of what’s made the company successful — its drivers.

“Driving is a life choice,” he said. “Drivers choose the lifestyle, and it should come with respect. Our operations team understands that. It’s a hard life on the road and drivers are generally home for only a short period of time, creating a different family dynamic. It’s a difficult challenge. Over the years, we’ve built programs with that in mind.”

According to Rick, it starts at the company’s home terminal in Redmond. When a driver pulls in, technology identifies the driver and alerts all internal staff of his or her presence. Then, the driver receives a warm welcome back from the trip.

“It’s individualized,” said Rick. “We want our drivers to know we appreciate what they just did. Then we see what they might need — a shower or hot meal, for instance.”

There’s certainly no shortage of amenities at the COTC facility. Drivers have access to an on-site workout facility, restaurant, showers, laundry facility, computer lab and suite of ‘hotel rooms.’ The company even owns an off-site house which can board eight drivers.

Driver recognition has always been king at COTC. The company names a Driver of the Year, a Rookie of the Year and a Mr./Mrs. COTC of the Year (to honor the driver who best embodies the spirit and professionalism of the company). In the summer, COTC hosts company-wide barbecues and other events. During Driver Appreciation Week, free meals are even provided.

COTC never stands pat when it comes to creative ideas and ways to treat and compensate its drivers.

“You can’t,” Rick said. “One nice thing about the Best Fleets to Drive For program is it pushes fleets to become better companies. All the finalists are in a special group. They do great things for their people. We learn what others are doing, strive to do things even better and often in unique ways. It puts us in a competitive mode to be the best. And we feel that’s great for the entire industry — learn from others and build your companies with drivers in mind. Best Fleets shines a light on ways to solve industry problems when it comes to drivers. We appreciate all the Best Fleet honorees. They are moving the ball forward for the benefit of all.”

Mark Murrell of CarriersEdge said he’s seen COTC embrace the program and how that approach has paid dividends.

“They’re pretty relentless in their efforts to improve,” he said. “Some fleets go through the motions every year and hope to make the list, but COTC is one of a select group that pores over the results every year looking for places to improve. They really dig into the details, and they grind us for information about how it’s scored and why people got the points they did. You name it — they want to understand it. That relentless pursuit of perfection shows every year when we interview them, and it shows in their results.”

“We have regular best practice sessions with all of our sister companies and discuss drivers — what works, what doesn’t,” he said. “Before joining Daseke, we were on an island. Typically, trucking companies don’t share ideas because they’re competitors. But we no longer have that issue within Daseke. We share with our 15 sister companies, and they share with us. That dialogue brings new ideas to the table and provides a new level of legitimacy to the ideas they’re trying.”

What’s on the horizon for COTC and its drivers?

“We have a lot of ideas,” said Rick with a smile. “We really want Wi-Fi in trucks, and I think that is coming sooner than later. How wonderful will it be for our drivers to Skype with their families, or watch one of their kids’ sporting events or recitals through Facebook Live? Connectivity is a key going forward — especially with the younger generation of new drivers.”

Rick and his team are also hard at work collaborating with shippers, advocating for ways in which they can make life easier for drivers.

“That can be in the form of offering our drivers a safe area to park their trucks at night or expediting the loading process. With the advent of ELDs, shippers need to know that time is money. They can help our drivers by understanding that every minute delayed at the dock costs a mile in drive time.”

Want to know more about the other ways in which COTC is innovating? Check out CCJ’s recent story everything COTC is doing: https://www.ccjdigital.com/ccj-innovator-central-oregon-truck-co-stabilizes-driving-careers/.