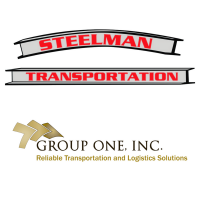 The Steelman Companies, including Steelman Transportation and Group One, are the latest premier carriers to join the Daseke family of open-deck and specialized carriers.

Steelman Transportation, based in Springfield, Missouri, is an open-deck and heavy haul carrier operating predominately in the Midwest. The company hauls everything from pipe, tubing, metal coils and plate to fiberglass, stainless steel tanks and commercial air conditioning systems.

Its sister company is Group One Inc., based in North Kansas City, Missouri. Group One offers specialized services including moving and setting up media and display trailers at power sports events featuring motorcycles and four-wheelers. They’ve worked races and trade shows from Daytona, Florida to Laguna, California to Sturgis, South Dakota.

Group One also has a niche in the Driveaway Service industry, moving 10-wheel specialty trucks, including vacuums, cranes, utility vehicles and cement mixers.

Jim Towery, president, chief executive and majority owner of Steelman, didn’t start in trucking. He is a serial entrepreneur.

“This is my second career, my second industry,” he said.

His first ownership experience was in the wholesale roofing business, where he built his company from the ground up into a multi-million-dollar enterprise.

Jim went looking for a new opportunity and found it in trucking, a business he knew something about since his roofing company had operated a fleet.

In 1998, Jim teamed up with Brett Sheets (vice president and part-owner of The Steelman Companies). A business broker approached them with the opportunity to buy Steelman from its founder, who had originally launched it in 1991. Seeing a great opportunity, Jim and Brett found themselves operating a new business. Starting from a base of 35 trucks, the two teamed up their complementary skills and began building the company together.

From there, they added Cornerstone Transportation of Mountain Grove, Missouri in 1999 and Jack Warren Trucking of Springfield in 2004. They obtained trucks, specialized trailers and prominent manufacturing customers who needed Steelman’s ability to move oversize freight.

After many years of building Steelman Transportation, the two entrepreneurs weren’t done taking on challenges in specialized trucking.

“I thought this could be a very interesting and profitable business segment,” Jim recalled. “The wife of one of Sports Associated’s drivers worked for me. She knew we would be good operators and would save the jobs of employees who had worked together for more than 20 years. And that’s what we’ve done. As Don Daseke says, you can’t go wrong when you’re investing in people with a passion.”

Those operations became Group One Inc. in 2012. 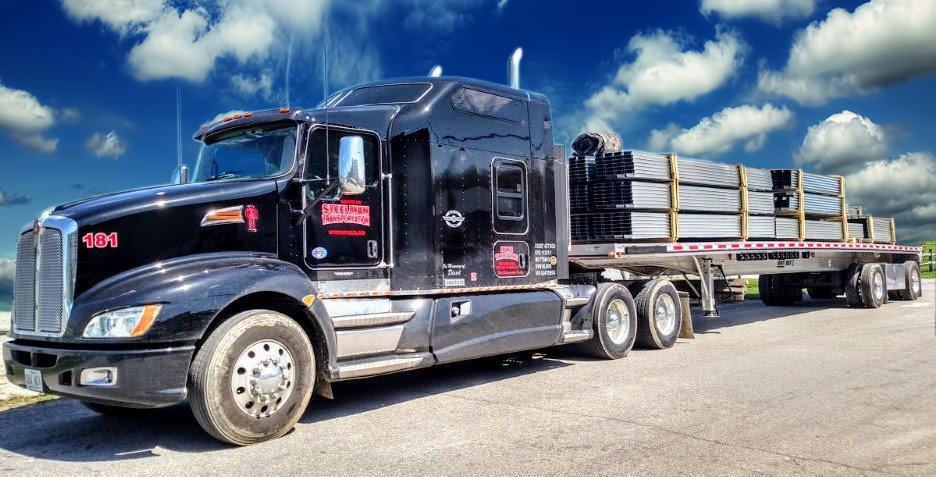 With nearly 20 years of experience in trucking, Jim is pleased with what The Steelman Companies have accomplished.

“We’ve had a great run and we can have an even longer and stronger run by being part of Daseke,” he said. “We’ve worked long hours, made sure that we kept money in the business and maintained honesty and integrity with our customers and our drivers. To move forward, you have to have pride in what you’re doing.”

“We’re seeking companies that share our values about how to operate on the road, in the community and in the workplace. We are thrilled to welcome Jim, Brett and their team to the Daseke family”.

“The ability to work with the rest of the fantastic companies in the family and share customers, synergies and efficiencies were all major attractions to joining Daseke,” Jim added. “By working with Daseke companies across the U.S. and, with the recent merger of Big Freight Systems Inc., into Canada, to share freight, customers and best practices for safety and efficiency — those synergies are very powerful.”

The Steelman Companies, like many of the other Daseke companies, have been recognized with safety awards and honors such as The Best Fleets to Drive For®. Steelman Transportation is a multiyear winner in the Best Fleets competition, which is produced by CarriersEdge in partnership with the Truckload Carriers Association (TCA).

One attractive feature that comes with being a Daseke company is that company drivers and support staff employees are eligible for the company’s first-in-the-industry stock grant program.

“This is a meaningful way for drivers to build savings now,” Jim said. “It also gives drivers a meaningful connection by owning a piece of Daseke. Because this program is so unique in the industry, it’s going to be a great asset for driver recruitment and retention.”

Experienced drivers pay off on both the top and bottom lines. The Steelman Companies have had a 15-fold increase in revenue since 1998, driven by both internal growth and mergers. That doesn’t come without a lot of attention to detail and execution.

And what goes into execution?

“Show up, work hard, be honest, have integrity, service your customers better than the next guy and sell on service.

That formula extends to employee relations.

“Treat them with respect,” Jim said. “Be honest and transparent with them. Share the good news and the bad with them, share the good times and the bad times with them. They’ll stick with you if they believe in what you’re doing and feel they’re being treated honestly and fairly.”