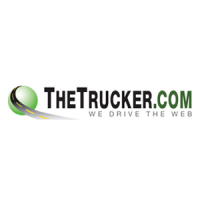 on August 18, 2015 in Smokey Point Distributing

*Written by Dorothy Cox and approved for reprint by www.thetrucker.com

As a 19-year-old Dan Wirkkala sat by his dying friend’s bedside, he could see how much pain the man was in.

The year was 1985 and the friend, 38- year-old Matt Berry, had been welding a fuel tank in the shop of the open deck, specialized carrier he owned, Smokey Point Distributing near Arlington, Washington, some 30 miles north of Seattle. 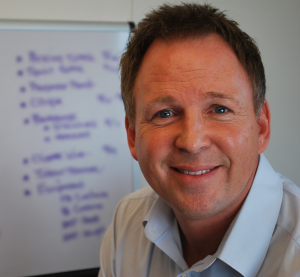 The torch flame had been ignited by diesel fumes and the ensuing explosion covered over 80 percent of Berry’s body with third- and fourth-degree burns.

Berry had been hospitalized for four or five months and the numerous skin grafts he had undergone weren’t taking and infection had set in.

“The nurses told me whenever I came into his room his heart rate and blood pressure increased; he knew I was there and felt my presence,” recalled Wirkkala.

The two had met at a fitness center, where Wirkkala sold memberships, and Berry had liked Wirkkala’s “go get it” attitude and had invited him to come recruit customers for Smokey Point.

And although he knew nothing about trucking, Wirkkala took Berry up on his offer and their friendship deepened.

Then, six months later, came the horrific explosion and fire. “It was a Saturday and I had left the building to cash a lottery ticket and when I came back the building was on fire. It destroyed the whole building. … He was an amazing guy, very fit. He was up and talking to paramedics, explaining what had happened. He was in shock and air lifted to Harbor View Hospital. It was gruesome.”

“The family and I would go down there on a nightly basis to visit with him, encourage him and provide support.”

On one particular hospital visit, “I told him I knew he was a strong guy and how hard he was battling” for his life, Wirkkala told The Trucker.

“I told him I knew he was tired and would understand if he wanted to move on.I made the commitment to him to make sure the business would succeed and that I would take care of his company.”

Wirkkala could see his friend relax as a peace came over him. Berry passed away not too long after that.

“That was a pretty private moment for me,” Wirkkala said. “I still think of Matt when things come up and I say, ‘Hey Matt, thanks for looking out for us.’ I feel like the Smokey Point angels are looking after us because things didn’t go sideways and we [the business] had a positive outcome.”

Indeed, the 50-year-old Wirkkala is now president and CEO of the successful carrier, and has held nearly every position there from dispatcher to fleet coordinator to working with the safety and financial departments.

“I know every position in a trucking company,” he said, but “the part I love is working with drivers and at the end of the day making customers happy with our service. That’s the enjoyable part.

“Drivers are your sales people. Those guys amaze me with how much they personally sacrifice their lives. They truck 130,000 miles a year … and the amount of things they do, they tarp loads in all kinds of weather; they have a constant pressure to perform and drive 500 to 600 miles a day. I grew to have a tremendous respect for every professional driver on the road.”

Even before Matt Berry’s death, his family and then-CFO Debby Frothingham, knowing the prognosis was grim, had approached Wirkkala about running the company and keeping it afloat.

Employees were moved to another building after the fire while the facility was rebuilt.“We kept everything pieced together and moved back in,” Wirkkala said. “After the family came to me the general manager came to me and said, ‘Dan, do you think we can keep this thing alive?’ And I said, ‘Yeah, let’s get to it.’”

Wirkkala continued in sales and to take care of clients and do dispatch so the doors could be kept open, then John Berry “came into the business and we made a pact: ‘We’ll stick together and we’ll make it successful; we’ll make this thing work.’

“John infused some capital into the business and was good at administrative oversight and the financial end of things while I focused on the operations and sales. John came in at a really good time and he worked with us about 20 years growing the business.”

During that time, Wirkkala said, “I had to be my own mentor. If I was to improve in the knowledge of the business I had to do it, myself. I had to dig into financials and [determine] how to turn a good profit.

“I developed the model for our business and how we’re set up to serve our customers.”

And that model is unique in the industry, as Smokey Point handles both truckload and less-than-truckload, and offers its customers a variety of trailer types and configurations including flatbed, step deck, step deck extendable, double drop RGN, dry van, curtain van, special curtain van and stretch double drops. “We virtually have it all,” Wirkkala said.

They now have more than 230 power units and about 300 drivers. About 90 percent are company drivers and 10 percent are owner-operators with both solo and teams.They have a national footprint of terminals and haul sensitive and cumbersome cargo, from robotics to pipes, to machinery to construction equipment and more, with a big part of their customer base coming from the aerospace industry.

A turning point came in 2008. John Berry was at retirement age but there was no clear plan for handing over the reins as John Berry had bought out Matt’s children’s shares in the company years earlier.

So the company was offered up for sale, and Wirkkala said, “The right man with the right vision met with us, Don Daseke.”

“We were the first Daseke company and we’re extremely proud of that fact,” Wirkkala said, because each carrier that has joined Daseke since that time “has a mirrored passion for the open-deck trucking industry.” (Other Addison, Texas-based Daseke Inc. companies are the E.W. Wylie Corp., West Fargo, North Dakota; J. Grady Randolph, Gaffney, South Carolina; Central Oregon Truck Company, Redmond, Oregon; Lone Star Transportation, Fort Worth, Texas; and The Boyd Companies, with Boyd Bros.Transportation, based in Clayton, Alabama; WTI Transport, based in Tuscaloosa, Alabama; and Mid Seven Transportation, based in Des Moines, Iowa.)

“Each one was highly successful before coming on board,” said Wirkkala.

As was Smokey Point: The carrier has won five consecutive Platinum Safety awards from Great West Casualty Co., seven platinum awards in the past eight years, and has top CSA scores, undoubtedly connected to the company policy of working with drivers to “coach them up versus tear them down.” They also have a culture that “respects people’s strengths as they contribute to the team in their own ways.” Not surprisingly, many drivers and staff have been with the company, 10, 15, 25-plus years.

And Smokey Point continues to thrive.This year it broke ground on a new facility, and Wirkkala couldn’t help but think about Matt Berry.

“No. 1, I miss his friendship and his presence.” And of course, he was responsible for bringing Wirkkala into trucking, an industry that has stayed both interesting and challenging over the years, he said.

Not in his wildest dreams did Wirkkala ever think he would end up in trucking, however: His childhood dream was to become a professional baseball player. Then as he got older, his thoughts turned to law, and for awhile when he first went to work at Smokey Point, Wirkkala was also studying law at night, a practice that caused him to fall asleep at the wheel not far from his house.His car went into a water-filled ditch and he would likely have drowned had not another motorist stopped and pulled him out.

He was faced with a decision, then.Continue night classes or work for Smokey Point? It was clear he couldn’t do both.

He decided to honor his commitment to Matt, the promise he had made to his friend as he lay in pain, struggling to stay alive.

“I hope that we’ve made him proud,” Wirkkala said.

Written by Dorothy Cox, Assistant Editor for TheTrucker.com. She can be reached at dlcox@thetrucker.com.