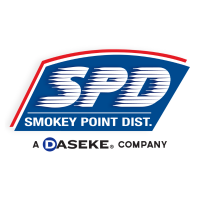 on January 18, 2019 in Smokey Point Distributing

Revenues More than Triple in the Past Ten Years

Some anniversaries really are worth celebrating. For Don Daseke, hitting the 10-year mark in Daseke Inc.’s partnership with Smokey Point Distributing (SPD)— the first outfit to join the Daseke family of flatbed and specialized trucking companies — more than fits the bill. This occasion affords Daseke the opportunity to reflect on the beginning of something that has blossomed in ways hardly anyone at either company could have imagined.

The story of Daseke Inc. (a public company with revenues over $1.5 billion) acquiring Smokey Point Distributing (the largest flatbed, specialized transportation/logistics solutions company in North America) begins with a phone call from an investment broker.

“He told me about Smokey Point Distributing and how other investors had turned down the opportunity to purchase the company,” recalls Don. “There were several factors, including being in the midst of the greatest economic recession since the Great Depression. I didn’t know a thing about trucking, but the broker was a good friend of mine. He convinced me to fly out to the Seattle area and meet with Smokey Point’s leadership. I really didn’t know what to expect.”

Upon arriving in the Pacific Northwest, Don met with an owner who was growing disconnected from the business. However, he found that SPD’s president — Dan Wirkkala — remained totally dedicated to the company.

“I could feel the passion Dan had for the business and for the people who worked there. Plus, I could tell he was a difference-maker. It didn’t take long for me to make a decision,” Don explains. “I told Dan, ‘I’m buying the company, but I’m investing in you and your people.’ That’s what led to my motto: ‘investing in people.’ You could say the start of Daseke was all Dan’s fault. And truly it was. If I had not been so impressed with Dan, I would have never moved forward. Anyone can buy physical assets, but people make or break a company.”

When Don bought SPD, they already had a loyal customer base as well as an outstanding reputation for hauling large, cumbersome, valuable aviation cargo. 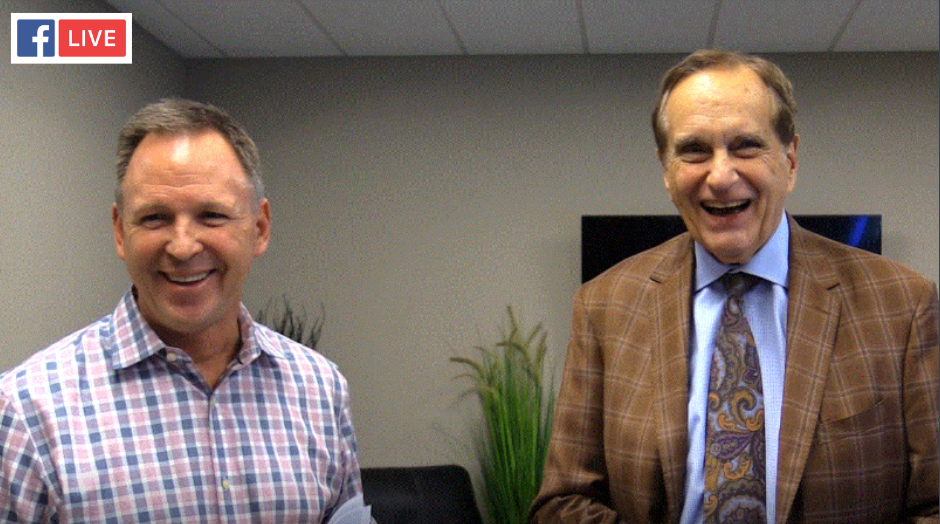 For Dan Wirkkala and others at SPD, the emergence of Don Daseke as a buyer turned out to be the right answer at the right time.

“From our first handshake, I had a warm and genuine feeling about Don. I could tell he was a stand-up guy,” Dan recalls. “Our previous owner had outside interests and no succession plan. I thought, ‘Who better to sell to than Don?’ Don was very successful, someone who could be a solid mentor to me, plus he had the capital to invest in the company. He was the optimal buyer.”

Troy Fuller, now Senior VP of Sales at SPD, remembers sitting with Dan and three others in a room, interviewing Don Daseke as much as being interviewed by him.

“I distinctly remember that meeting and how personable Don was,” says Troy. “I was a little skeptical at first. Don was not like any of the people we met with from private equity firms. Do you trust a guy who says all the right things? He seemed too good to be true. But he ended up doing everything he said he’d do — and more. He put money into the company. He mentored and empowered us.”

Bob O’Neal also vividly remembers his first encounter with Don. Bob drove for SPD for almost two decades (1989 through 2007) before leaving the road to enter the company’s sales force.

“Don introduced himself to me. I didn’t know why he was here at the time, but he gave me a sales lead with East Teak [another Daseke-owned company]. We actually started hauling for them,” Bob says with a laugh. “After talking with Dan later, he told me that Don would let us run our own ship but support and encourage the growth opportunities we could clearly see but could not reach at that time.”

“We had to invest in equipment and hire more people,” says Dan. “From a mentorship standpoint, Don taught me the value of hiring quality people — of investing in them and paying them for the value they bring to the organization. If you look at the executive leaders we’ve hired over the years and where they’re at now, it’s evident that strategy has paid off.”

With an infusion of both mentoring and capital, SPD quickly began growing its fleet and replaced aging equipment. That “new” fleet has since had a positive impact on SPD being able to retain and attract new drivers. In addition to diversifying its customer base, SPD also added seven new terminals throughout the country, bringing them that much closer to their strategic partners.

With that growth, the need for “home” space increased. In 2013, Don and Dan paid a visit to Central Oregon Truck Company (COTC), a firm that had recently merged with Daseke. COTC had just finished construction on a beautiful new facility. That building made quite an impression on Dan.

“I remember Dan’s eyes lighting up,” recalls Don. “Two weeks later, Dan had found a site where he could build.”

SPD’s new headquarters and terminal, covering close to 20 acres, gave the company a great working environment — one featuring plenty of room for even further growth.

In 2018, SPD purchased Belmont Enterprises, a truck fleet based out of Olympia, Wash.

“The transition went as expected,” says Dan. “Belmont has been a great addition and has further diversified our fleet and service offerings. It’s been exciting.”

Over the past three decades, SPD’s commitment to drivers has only gotten stronger.

According to Troy, “Don was intrigued from the start by our culture. We’ve always had a close relationship with our drivers and cultivated a culture of caring. It’s why we’ve had very little driver turnover. Don saw that culture and has helped spread it to other Daseke companies.”

“I had always heard good things about SPD before I joined them fifteen and a half years ago,” says SPD driver Jerry Lee, who has the unique and highly regarded distinction of logging 2 million consecutive accident-free miles with the company. “Joining them was the best decision I’ve ever made. I plan to retire here. The culture and atmosphere are what sets SPD apart. They understand that drivers are important. They let us make decisions on the road. They respect driving for being the tough profession that it is.”

Like his colleagues, Jerry didn’t quite know what to expect when SPD became part of Daseke.

“I was a little apprehensive since we had such a good thing going,” he admits. “But the company treats the drivers the same way it always has. Other drivers out there see SPD as an elite company to drive for. And it is.”

How has the Daseke-SPD connection paid off over the past 10 years?

“From a business and growth standpoint, it’s been incredible,” says Don. “Smokey Point has been nationally recognized for their quality, which has been so gratifying. They’ve also been honored with the Truckload Carrier’s Association (TCA) National Fleet Safety Award and twice they been named as a very prestigious Best Fleet to Drive For by both the TCA and CarriersEdge. Their revenue growth is just as impressive. They’ve gone from operating 60 trucks to running a fleet of over 300, along with a nearly 600 flatbed and specialized trailers.”

The best part, according to Dan, is how bright SPD’s future looks.

“I’ve been blessed to take this journey with Don,” he says. “From the beginning, I’ve always thought that Smokey Point had untapped potential. We do a lot of things, and we do them very well. Our growth potential is unlimited — we expect big things to happen.”

Don has high expectations too.

“What Dan has built with his team has been nothing short of remarkable. He knows how to grow a business and grow his customers. And he knows how to work well with all the CEOs in our other operating companies,” he says. “Dan is highly revered in the Daseke organization. He’s been with Smokey Point since he was 19. He has dedicated more than thirty years to building the company and, more importantly, its culture. He’s a terrific person and a valued leader. He’s going to surprise us with a whole new level of success over the next 10 years.”