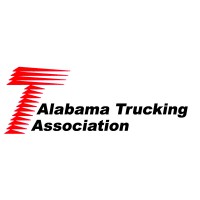 *Compiled and edited by Ford Boswell and approved for reprint by the Alabama Trucking Association.

TUSCALOOSA, Ala. – In it 25 years, WTI Transport has enjoyed steady growth and success since opening its door here in November 1989. And while shrewd business maneuvers by its management team has placed the company in the best possible position to achieve that growth, company officials are quick to point to the dedication of its driver network as the main force behind its many accolades. 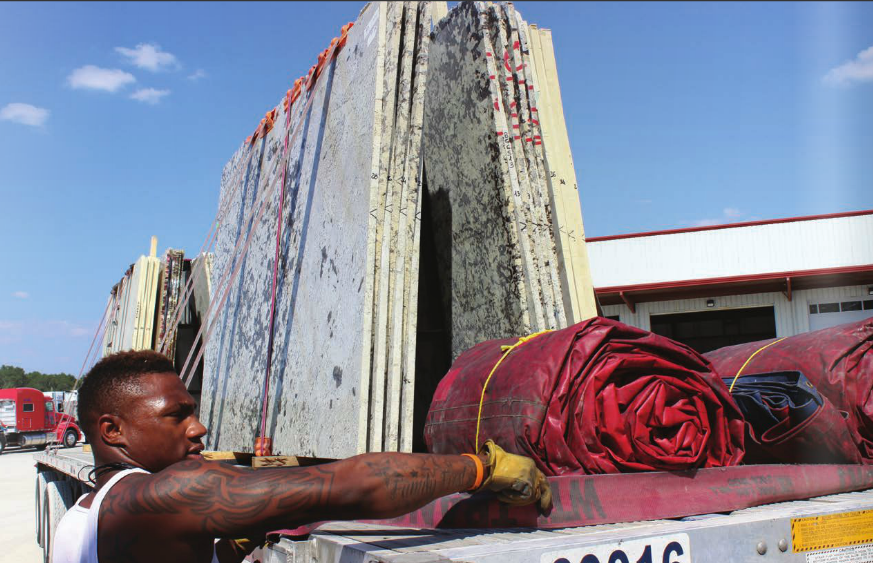 Through the years, the company has experiences a few changes to corporate structure, but one trait has always remained: a commitment to the success of individual employees from boardroom to truck cab.

WTI, a subsidiary of Boyd Bros. Transportation, is part of the Daseke family of open-deck/flatbed carriers. With its vast fleet network, Daseke ranks as the second largest open-deck carrier in North America, according to industry publications.

Today, WTI has more than 400 employees and drivers at four terminals (Tuscaloosa, Birmingham, Mobile and Whites Creek, Tenn.) servicing 26 states, primarily in the Southeast, Southwest, Northeast and Midwest. Main shipments consist of roofing, building materials and all types of iron and steel products from local manufacturers. 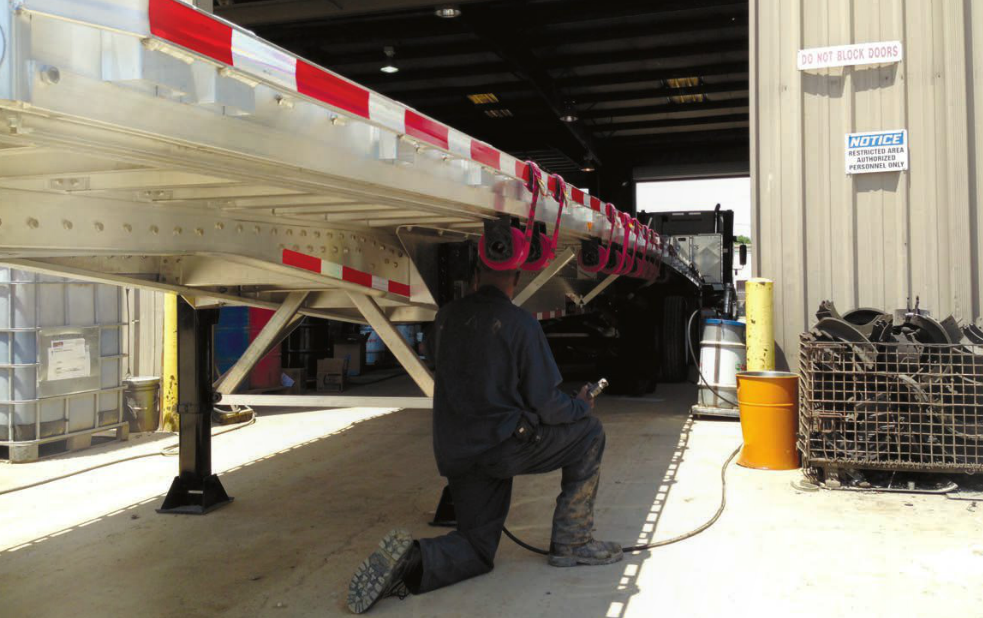 WTI, a subsidiary of Boyd Bros. Transportation, is part of the Daseke family of open-deck/flatbed carriers. With a vast network of fleets, Daseke ranks as the second largest open-deck carrier in North America.

Like the well-known collegiate athletic program that shares its same hometown, WTI is regularly celebrated for its many successes and accomplishments. Anytime you glance at an industry list of top carriers, there’s typically a slew of familiar names, and in recent years, WTI has been a mainstay on more than a few.

For example, for four straight years (2011, 2012, 2013 and 2014), the company ranks nationally among the Best Fleets to Drive For by the Truckload Carriers Association. It has also been recognized for overall fleet safety from both the American Trucking Associations and the Alabama Trucking Association.

At its annual fleet safety awards last fall, National ATA tapped WTI as the top carrier in the Over 10 Million Mile Flatbed/Line-haul Division, beating out more than 200 other applicants. National ATA officials noted that with an accident rate of 0.31 per million miles, WTI won the award by a record margin – the closest fleet in the competition had a rate of 0.44. Considering that the national average for truck accidents in the flatbed segment is 0.54 per million miles, it’s one of the company’s greatest achievements to date.

“We couldn’t be more proud of our drivers – they are the ones who made that happen,” said WTI president Rendy Taylor. “Safety has always been a priority here, along with our on-time delivery rate, which is pegged at 98.6 percent. Our people have done a phenomenal job, and we’re only getting better. Since joining the Daseke family, we’ve had mentorship and partnership with our sister companies. That’s allowed us to grow and become better as we glean best practices from some of the best transportation minds in the industry.”

With close to 400 drivers – a 40/60 split between company and owner operators – piloting nearly 700 tractor-trailers, WTI is one of the area’s largest employers. Company officials say its growth can be attributed to customer service, a dedicated group of drivers, and a culture of success fostered by a true family atmosphere.

But, all things considered, drivers are the firm’s bread and butter.

“Drivers are not only the fiber, but a catalyst for our growth,” adds Taylor. “We’ve hired the right people and have offered programs, such as our lease/purchase option for becoming an owner operator. That (program has) become very popular. It’s one reason why our turnover rate is about half the industry average.”

The company was started by friends Steve Rumsey (who is still an executive with the company) and Miller Welborn. The partners for their feet wet in the industry working at a trucking company owned by Rumsey’s father-in-law. After a few years of learning the business, they decided to start their own company with a fleet of 12 trucks and a big dream.

The company grew and added capacity as the market required. They forges strong relationships with customers by always doing exactly what was promised. If something fell short of perfect, the issues was addressed as quickly as possible.

“We were asset heavy, and WTI was asset light with quite a few owner-operators hauling their loads,” he said. “We saw true synergy between the companies that would allow each to grow.”

And, both have. For instance, Boyd is today among the leading flatbed haulers in the U.S., and WTI has doubled in size coming under the Boyd umbrella.

In December, as part of its anniversary celebration, WTI built and unveiled the Willie Barnes Driver’s Suite at the Tuscaloosa company headquarters and terminal. The new driver building was named in honor of a long-time WTI driver who succumbed to cancer in 2013. 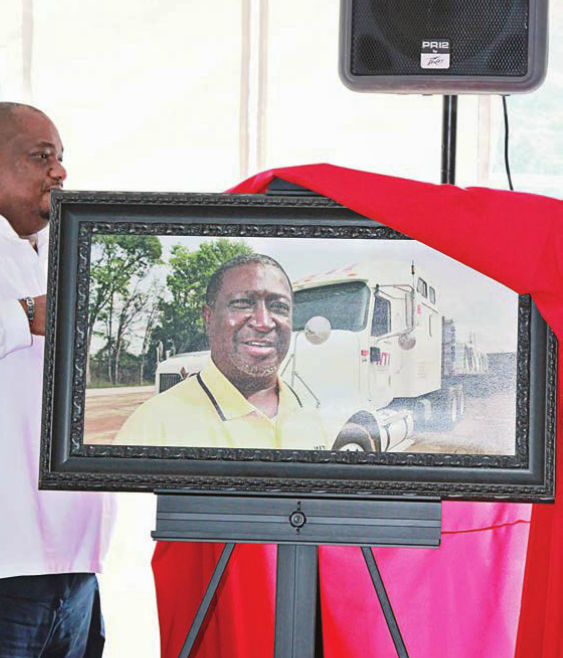 “The dedication ceremony couldn’t have been much more emotional,” said Taylor. “I was so close to Willie that I just couldn’t do it. I had to have Steve Rumsey, one of our founders, help make the dedication.”

Barnes was the first driver hired at WTI, and according to many he was the operation’s anchor.

“He was with us from day one, says Taylor. “He loved driving a truck, and everyone looked up to him. He meant so much to us. He lost his life to cancer a year ago, but we decided that he would never leave us. We wanted to honor him by naming out new driver’s suite after him.”

“There were more than a few tears shed during the dedication,” said Taylor. “We honored Willie, and then we toasted all our drivers who have helped us have 25 great years. We’re now onto the next 25 and we’re as passionate and dedicated as we were when the company began.”

“The belief of both companies has always been that drivers are the fiber of our existence,” said Cooper. “It’s a philosophy lived and breathed each day, and we’re thrilled that WTI opened its new driver’s suite in honor of (Mr. Barnes).”

According to Taylor, drivers are thrilled with the new building. It offers a quiet room with recliners, big-screen TVs, a lounge area with food and drinks, an exercise room, and a laundry facility.

“It’s a tremendous facility for our drivers, who come in on breaks of when they have to have maintenance done on their trucks,” said Taylor. “We know they have one of the toughest jobs in the trucking industry and we want to take care of them – the suite makes life a bit more comfortable when they come to Tuscaloosa.” 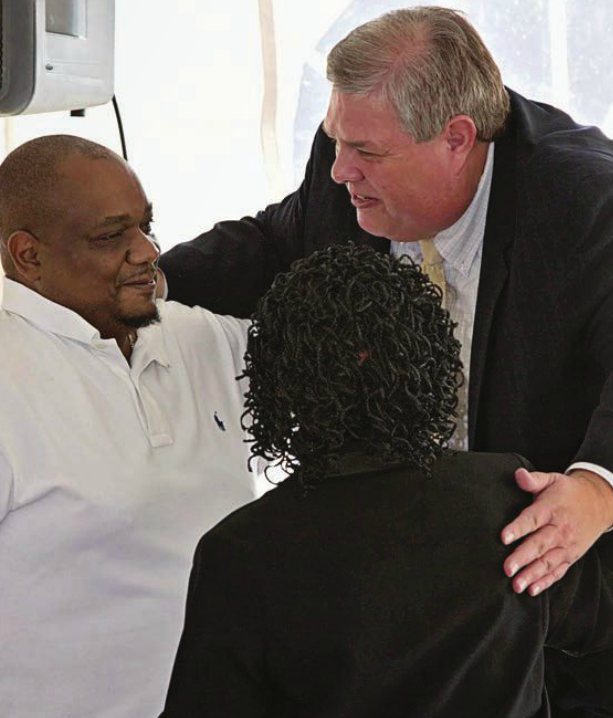 According to Don Daseke, president and CEO of Daseke, the anniversary celebration, and the company’s dedication and appreciation of drivers, only reinforced his decision to bring The Boyd Companies and WTI into the Daseke fold.

“The Boyd Companies and WTI truly epitomize our philosophy that people make the difference – we’ve always said we invest in people, not companies,” said Daseke. “WTI has a beautiful facility, with late-model equipment and is extremely well-managed under the guidance of Rendy. But he can’t do it without the support of his staff and drivers – and they’re all committed to one goal, and that is to be the premier carrier in the region.”

Compiled and edited by Ford Boswell, Director of Communication for the Alabama Trucking Association. He can be reached at fboswell@alabamatrucking.org.