It takes a lot of words to describe the long and rich history of Hornady Transportation Inc. (a Daseke company). But two in particular provide a succinct explanation for why the company is around to celebrate its 90th birthday.

Those words are “perseverance” and “family.”

Perseverance — the stick-to-it determination to keep going in the face of adversity — has helped turn a small trucking company in rural Alabama into one of today’s powerhouse flatbed haulers. Hornady’s fleet consists of 270 trucks and 400 trailers, and their drivers log 22 million miles a year.

“It’s a very tough, challenging, ever-changing business,” says Chris Hornady, chief executive and grandson of the company’s founder. “To keep up with all of the challenges, and to take advantage of all the opportunities, requires a lot of hard work. Just as being safe on the road requires our drivers to pay constant attention to other traffic and the weather, being successful in trucking requires staying on top of everything that’s going on.”

Hornady Transportation’s fleet of 270 late-model tractors and 400 flatbed trailers run east of the Rocky Mountains from the company’s terminal in Birmingham. The Monroeville, Ala.-based company primarily supports the building products and steel industries.

As for family, the company is currently being led by the third generation of Hornadys. But that word also describes the Hornady way of doing business. Over the years, they’ve built a family-style environment while growing their company’s ranks to 325 drivers and support staff. At the heart of Hornady’s culture are loyalty and a commitment to caring both for one another and for the customers they serve.

“This is a huge people business,” Chris says. “Having drivers and staff working together, looking out for each other and for our customers — that’s very important.”

That focus on family is echoed by Raina Dees, Hornady’s pricing manager.

“You couldn’t ask for anyone any better to work with or work for,” she says. “People know you and your family. It makes all the difference in the world. You’re not a number, but a name.”

The Hornadys “are hardworking people, and they care about their employees, their drivers and their customers,” adds Lynn Burgess, operations manager, who also cites the Hornadys’ business acumen, values and work ethic as contributors to the company’s success. “A combination of all that makes a difference.” 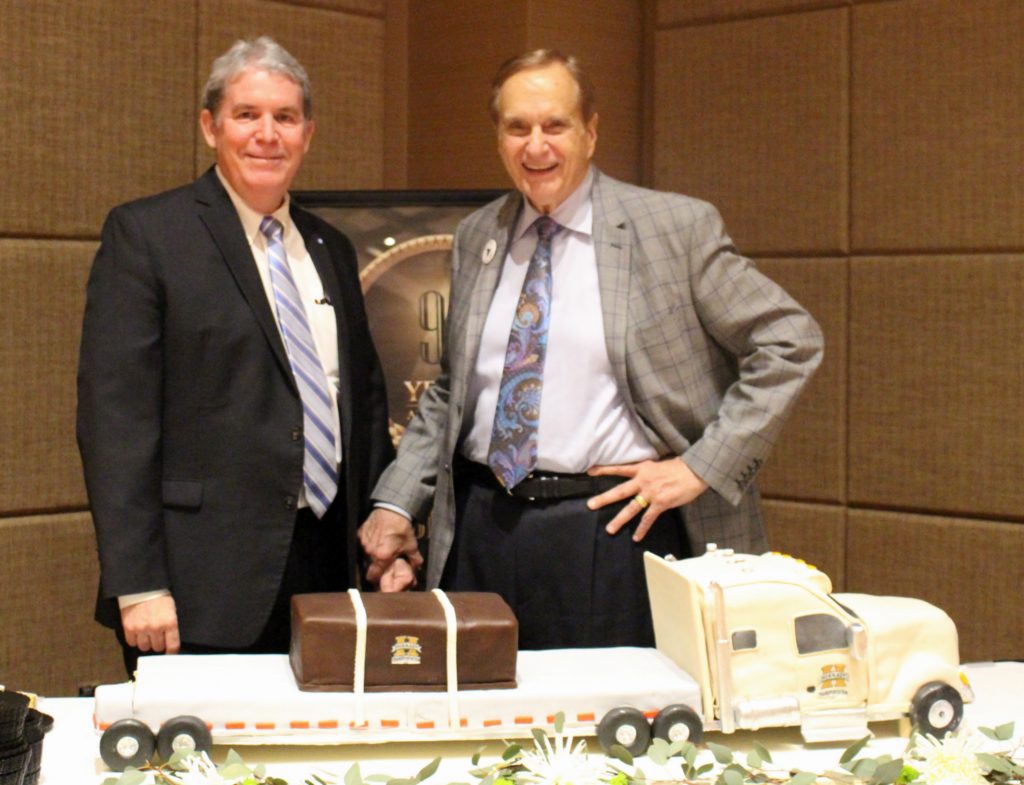 Nevertheless, the Hornadys’ perseverance has been tested many times over the past 90 years. That’s when G.E. Hornady, father of B.C. Hornady, started trucking in 1925, hauling crops and cattle from Monroeville to Mobile and Montgomery. In those early days, hauls sometimes paid as little as $15 per load, and drivers had to contend with both unpaved roads and 30-mile-per-hour speed limits.

G.E. Hornady put family first in those early days, too. Because trucks of that era didn’t have sleeper cabs, and many routes did not pass by motels, he built extra bedrooms at his home where drivers could stay overnight.

Such innovation was a Hornady hallmark. G.E. also devised a peanut picker that ran off a belt attached to a truck’s jacked-up rear wheels. 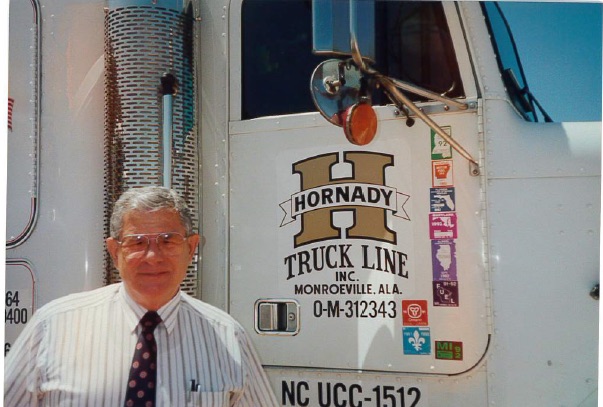 B.C. Hornady became the sole owner and president of Hornady Truck Line Inc. in 1977 when he purchased the interest of his brother, Cecil. Chris, the company’s current chief executive, is B.C.’s son.

The company faced more challenges during the war years, from the rationing of gasoline to periods of regulation and deregulation. In that era, Hornady found itself not only battling entities like the Interstate Commerce Commission but also vying with competitors intent on blocking their efforts to expand their service territory. Eventually, Hornady persevered. Most of those competitors — not to mention the ICC — didn’t.

Another big change came in 2015 when Hornady joined the Daseke family of flatbed haulers. Don Daseke, the founder, chairman and chief executive officer of the Dallas-based company, says everyone in the Daseke family can take pride in Hornady’s longevity and legacy.

“There are very few companies in trucking or in U.S. business in general that achieve that milestone,” Don says. “To have one family at the helm for 90 years is also very impressive. It’s quite an achievement.”

The family, he says, “have figured out how to manage through all economic cycles. They’ve been very nimble from a management standpoint. They have focused on people, and that’s crucial in our business.  Great management, a team atmosphere and focusing on the people are all key to making a business survive for 90 years.”

Affiliating with an industry-leading group of companies like those in the Daseke family has given Hornady a boost in purchasing economies of scale, marketing and the exchange of ideas. Those benefits will come in handy as Hornady Transportation confronts the challenges of the future.

One of those is driver recruitment and retention.

“We need to raise driver pay so we can compensate them for the type of work they do and the lifestyle they have to live,” Chris says.

Hornady has been a leader on that issue, having recently announced increased per-mile pay for both current and new-hire drivers and increasing other incentives. The company also recently announced a guaranteed minimum driver weekly pay of $1,200.

Hornady’s leadership is on display in other ways as well, from its Hornady Heroes program helping military veterans transition to new careers in trucking to the six consecutive silver awards for safety performance they’ve won from Great West Casualty.

The company’s legacy, its operating philosophy and new affiliation with Daseke all position Hornady well for whatever’s ahead, Chris says. Raina Dees agrees.

“The foundation is so solid, and the company has the vision to push forward,” she says. “I see great things ahead.”

So does Don Daseke.

“The 90th-anniversary party was terrific,” he says. “I look forward to attending the 100th anniversary in 2028!”