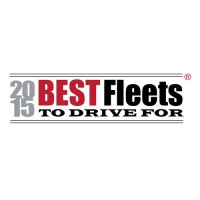 If you asked Cale Pearson, President of Central Oregon Truck Company (COTC), which industry award meant the most to his company he’d supply an immediate answer, “Recognition by TCA as a Top 20 ‘Best Fleets to Drive For’ Hands down,” he said.

Drivers must nominate companies and provide their unabashed opinions of the company. A successful open-deck company is only as strong as its drivers. Drivers who like to come to work and feel connected and appreciated by the company. We know if we have a dedicated group of drivers, then our customers will be well taken care of. We’re all in this together. If it weren’t for our drivers, we wouldn’t be the successful company we are today.”

Drivers are what make us — and, what makes us strong and a force in open-deck carriage,” he said. “It’s a prestigious award because it’s really given out by drivers. Everyone at WTI is extremely proud that we’ve been in TCA’s Top 20 for four out of the past five years.” 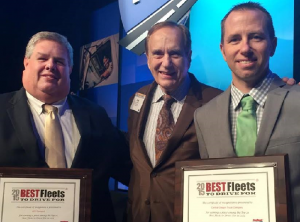 With close to 400 drivers – a 40/60 split between company and owner operators – piloting nearly 700 trailers, WTI Transport has a long list of truck drivers wanting to work for the company.

With an industry experiencing driver turnover approaching 100 percent, driver churn is a problem,” said Rendy. “But due to our reputation and drivers knowing how we treat them, we have driver applications constantly coming in. In fact, on average, we hire only one driver for every 140 applicants. We’re particular on who we hire – only the best.”

Reputation certainly helps,” added Cale, whose company has been listed in TCA’s Top 20 for two years straight.  “We just had a driver come in for an interview, and he specifically reached out to us because he saw we were listed as a top company to drive for.  We also were recently recognized as a ‘Best Workplace’ in Oregon. Very gratifying.”

With 272 open-deck trucks in operation – “and we’ll be up to 300 by the end of July,” Cale said the company continues to grow with increasing freight demands.

We run Kenworth T680s, which we feel are a big draw for our drivers. We think they’re the best truck on the market. But we also listen to what drivers have to say — we are constantly looking to our drivers for feedback in order to increase the total employment experience for our employees. This helps us identify new ways to improve. Last year, for example, we implemented “Stay Metrics / Drive for Gold” as a direct result from driver comments. This is a point system that rewards drivers for exceptional work.”

According to Don Daseke, President of Daseke, Inc., being on the TCA “Top 20 Best Fleets to Drive For” list is rarified air.

Just to be nominated is huge honor for a trucking company – and there were more than 200 trucking companies in that category,” he said. “Then less than 10 percent make the top 20 list, and of that, only four were open-deck carriers. To have WTI and COTC recognized is truly an incredible honor.”

According to Don, each sister company of WTI Transport and Central Oregon Truck Company also excels in how they treat drivers.

Driver turnover at Smokey Point Distributing, for example, is only 16 percent,” said Don. “And open-deck is the hardest trucking job there is – having to strap loads in the coldest of temperatures or in temperatures over 100 degrees. It takes a special breed of driver to work in this segment and that’s what makes them special. Drivers are our heart and soul. They are Daseke.”