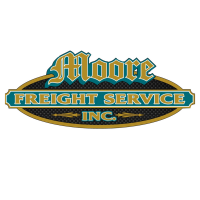 on December 4, 2017 in Moore Freight Service

Imagine a plate of glass, one-inch thick and 10 feet high by more than 17 feet long. Now, imagine trying to transport that mammoth piece of glass more than 1,000 miles on roadways often pockmarked with bumps and chuckholes, all without causing a scratch.

That’s a challenge often accepted by Moore Freight Service (MFS), based in Mascot, Tennessee (near Knoxville). It’s also one that company president and namesake Dan Moore welcomes. As one of only three primary carriers of scale who specialize in hauling glass— and owning equipment configured to handle such loads — business is booming. MFS began its life in October of 2001, venturing out at a time when many were retreating. In December of 2017, MFS opened a new chapter in its glass hauling story by becoming a member of the Daseke family of companies.

Dan’s interest in the glass industry began early in his career when he worked in the maintenance facility at a glass hauling company.

“I wanted to learn all I could about transporting glass,” he recalled. “It’s really a challenge to load and transport something so large and fragile.”

Dan worked his way up at A.J. Metler, an early glass hauler, and became director of safety before being named vice president.

“But then we were bought out,” he said. “I wasn’t being used to my full potential, and they wanted me to uproot my family and move to another location.

“I learned a valuable lesson at that time,” Dan continued. “I vowed that one day, when I was the one who was making decisions about the future of a company, it would be critical to find a path where the team could stay together and thrive versus being split apart.”

The road to his own business started with a business plan, a meeting with a banker, “and a gentleman who liked to work with entrepreneurs — my father-in-law actually set up the meeting,” recalled Dan.

Fifteen minutes later, Dan walked out with a $1 million line of credit — a testament to his business acumen and vision. Moore Freight Service was born. 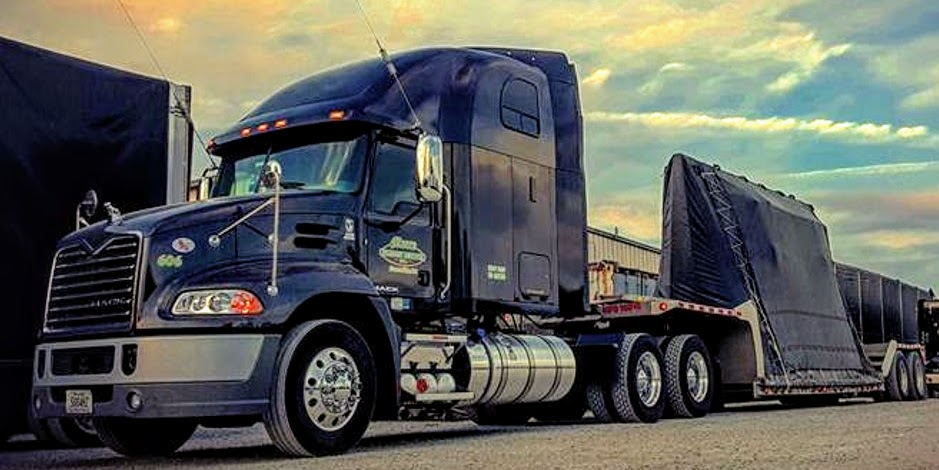 The basement of Dan’s home served as MFS headquarters, complete with a fax machine and grease pen board. Staff consisted of his twin brother, Randy, two assistants, and — most importantly — the support of Dan’s wife, Judith. The company bought one truck, then brought in two owner-operators.

“Ford Glass (yes, a division of Ford auto at the time) in Tulsa agreed to meet with me. They gave me a shot at moving architectural and residential glass. We had our first customer and went out on our first run.”

Problem was, it wasn’t very profitable.

“We had to deadhead to the plant, pick up the load and make a run to North Carolina, then deadhead back,” Dan reflected. “With specialized trailers, we couldn’t do backhauls (yet, anyways) so we lost 50 percent of our potential revenue.”

“They had been working with a big carrier that pulled out of AFG. They asked me how fast I could add equipment. I said, fast!”

Within six months Moore Freight Service grew from three trucks to 25 via a mix of company trucks and owner-operators. That not only allowed the company to grow with AFG but also to gain backhauls from the Ford Glass contract.

Sales and loads continued to spike upwards, and this did not go unnoticed. “Inc. magazine” named Moore Freight Service one of America’s Fastest Growing Companies for five consecutive years (from 2008 to 2012). The company’s growth accelerated even more in 2011 when Pilkington, a large architectural glass manufacturer in North Carolina, established a partnership with MFS. To better handle these new opportunities, Dan expanded his company’s footprint. By 2016, MFS was operating in four strategic locations.

“We’ll transport anywhere, but our average one-way load out is about 700 miles,” said Dan. “We have 99 percent on-time delivery along with competitive pricing, and that’s allowed us to cement our relationships with glass manufacturers.”

Cement it has. The company now has over 300 specialized glass hauling trailers. The trailers are double- and single-drop configurations with A-frame mounting systems. Their new box trailers feature Dan’s patented rolling rack loading design, which he and his staff developed in 2012.

“Our vans can handle glass as big as 9 feet by 12 feet, and our system cuts loading time from two- to four-hours to just 15 minutes,” said Dan. “This technology will shape the future.”

Also shaping the future is the management team supporting Dan. Over the years he’s brought in the best and brightest — many of them former colleagues from Metler, the glass hauling company where Dan cut his teeth. Dan’s right-hand-man is chief operating officer Grant Mize.

As with any trucking company, drivers are a key part of the puzzle. They not only deliver the load safely but also interface with customers.

“We realize what we do is very specialized. It takes careful loading and careful driving to ensure a safe delivery,” said Dan. “So, we compensate drivers well with the highest pay in the industry. We’re also particular about who we hire. We need experienced drivers and those who can fit into our culture. Not everyone qualifies. Those who do join us, stay. We very proudly have only a 15 percent driver turnover rate.”

As an added perk, the company is also involved in NASCAR, sponsoring the #66 car driven by David Starr.

“We sponsor certain NASCAR races in our areas of operations,” explained Dan. “We know our drivers love NASCAR, so if they’d like to go to a race, get a pit pass and meet the team, it’s arranged. It’s been fantastic — they love it. Now our whole company can follow the #66 car with a vested interest.”

While #66 drives for success on the racetrack, Dan said being part of Daseke will help Moore Freight Service drive for success on America’s highways.

“I researched Don Daseke and the way he does business. He’s the only consolidator doing what he does. He supports each company that joins the family. He knows the operators are the experts. He supplies the capital for growth, and he has programs we can share in: collaboration with other elite Daseke companies, consolidated purchasing power, top-tier liability and health insurance, plus the driver stock ownership program. All of this will help us and improve our bottom line. But, first and foremost, we would have never joined Daseke if I didn’t think it was best for our people. Per my vow in 2001, we need to be with a permanent home with a bright future — and Daseke is that home.”

According to Don Daseke, his interest and appreciation in glass hauling began when he learned that there were only three companies of scale specializing in this area.

“That is a niche, a great niche, where only the best can scale up,” he said. “We will put our full support behind Moore Freight Service and help them to accelerate their scale. Not just anyone can haul oversized glass. It takes expertise that can not only maximize the load but also ensure its safety. Dan has been strategic with his patents, locations and especially his people. He and his management team are laser-focused on hauling glass. It will be exciting to watch them grow with Daseke.”