You are here: Home › News › The Schilli Companies › Lee Michaud Dives In as Schilli’s New President 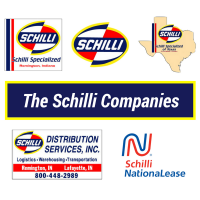 Lee Michaud has big shoes to fill, but he’s more than ready. He’s joining the Schilli Companies as President and will work beside Tom Schilli, CEO of the company that bears his family’s name.

“Lee shares the same values as I do,” says Tom. “We’ve had several discussions and meetings — we share the same philosophy on moving the company forward. I’m excited to be working with Lee. I think the Schilli team will be impressed with the passion that Lee brings to our company. He’ll do great.”

Lee comes to Schilli from Smokey Point Distributing (SPD), a sister company of Schilli’s in Daseke’s family of companies, where he served as executive vice president. SPD is fresh off being named a Best Fleet to Drive For by CarriersEdge, in partnership with the Truckload Carrier’s Association.  And SPD won the first place TCA safety trophy in the 15 million to 24.99 million mile category — the second year in a row it has won the top safety honor.

Working alongside Dan Wirkkala (president/CEO of SPD), Lee helped propel SPDs growth as well as its enviable record in safety and being a place where drivers enjoy working. He’s been part of the Daseke family since it consisted of only two operating companies.

“We nurtured a great culture at SPD, and after spending time with Tom and learning more about Schilli, I see the culture here as well,” Lee says.

“Tom has built a terrific company with wonderful people. He has the same philosophy I do — that the core of the company is the people.  We share the belief that you develop from within — giving people the opportunity to grow. At SPD, many of our key people in management started off as drivers.  I look forward to getting to know and to work with the new team here at Schilli.”

Don Daseke, CEO of Daseke Inc., says he couldn’t be happier for Lee and his new position.

“I know SPD will miss him dearly, but he’s just going to do a wonderful job with Tom and the team at Schilli. He’ll take the time to learn about each person at his new company, and he’ll nurture the culture that Tom has built over the past 50 years. It’s going to be exciting.” 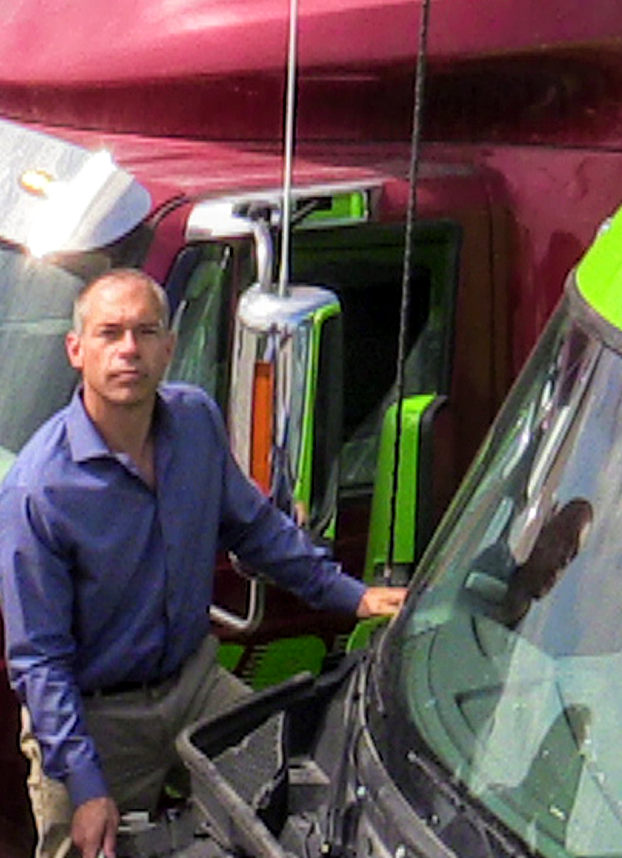 So, who exactly is Lee Michaud?  He’s a former world-class diver (he won the world title at age 15, on the 1-meter board)… was a four-time All-American at Michigan… won two NCAA titles… and came within an eyelash of making the 1992 Barcelona Summer Olympics, coming in third in the Olympic Trials (the top two divers in the springboard event made the trip).

“That was called learning from adversity,” says Lee. “Every diver’s goal is to make the Olympics, so it was heartbreaking to have to watch it on TV and not participate.”

After he retired from competitive diving, Lee worked for a mortgage company for a short time and coached high school divers. He was good at it. Very good. Two of his divers qualified for the national championships and he coached both boys and girls state high school champions. He enjoyed teaching and mentorship.

“Managing is a lot like coaching,” says Lee. “You need a teaching mentality and love for developing people. I had fantastic coaches who helped develop me into a diver, so I learned first-hand the importance of coaching. That’s translated into everything I do at the professional level.”

Lee got his first taste of trucking soon after leaving the mortgage industry. He learned the business from the ground floor — loading trucks and making deliveries. While this was good experience, advancement was based on seniority, not on capability.  So Lee left the company after he was introduced to a TL carrier that was looking to start a brokerage.

He quickly learned that side of the business, which led to opening his own brokerage business. He moved to Washington state and grew his company rapidly, purchasing trucks and trailers and working with owner-operators.

But he again caught the coaching and mentoring bug. “I realized there were a lot of shady operators out there in the brokerage business, and I felt there was a big void in the areas of education and best practices,” he recalls. “So I started the American Broker Academy in 2006.”

He was accredited by the State of Washington, developed a high-level curriculum and taught classes throughout the United States — all while still running his brokerage business.  Management at Smokey Point took notice of Lee. They were impressed with his work ethic and integrity, plus his leadership qualities. He was a good fit for SPD — if they could get him. And, they finally did in 2011. He joined the company as director of operations. In April 2015, he was promoted to executive vice president, working under Dan Wirkkala.

“I’ve certainly had a diverse career in trucking,” says Lee. “But every step has prepared me for where I am now, and I couldn’t be more excited or honored to be able to take this next step with the Schilli team. I am a competitor. I believe that with teamwork, perseverance and a commitment to continuous improvement, we can do great things together.”

While the move to Schilli means uprooting from his home in the Pacific Northwest to relocate to Remington, it does bring one big bonus. “A shorter trip to Ann Arbor to see my daughter,” Lee says with a smile.

Yup, Alyssa followed her dad’s footsteps to the University of Michigan, where she’s a sophomore studying to become a doctor.

Oh and yes, in case you were wondering… she did try competitive diving. After landing on her back in spectacular fashion (and telling her dad he was crazy) she decided it made a lot more sense to swim through the water rather than try to land safely in it from a 10-meter platform.  She went on to become captain of her high school swim team. And now she enjoys playing for Michigan’s Big Ten Champion water polo team.

Reflecting back to business, Lee sums it up best when he says: “If I tried to put it all in one sentence it would be this: the team at Schilli has done so much, and the potential is what is really exciting to me; I can’t wait to see what we can accomplish together.”