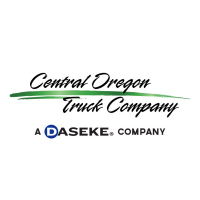 REDMOND, Ore., Aug. 13, 2018 – Leavitt’s Freight Service, a specialty carrier of utility poles and engineered wood products, today announced that it has merged with Central Oregon Truck Company (COTC), a member of the Daseke family of flatbed and specialized carriers.

Leavitt’s Freight, which operates a fleet of more than 120 trucks, will continue to operate under its existing name and with its current management team, as part of COTC.

“I’ve always admired what the Leavitt family has put together,” said Rick Williams, CEO of Redmond-based COTC. “We’re now an even stronger force in our region as we can grow together. We serve customers in 48 states and Canada with a fleet of more than 350 trucks, while Leavitt’s is a dominant niche carrier on the West Coast. We will add to each other’s portfolio, while sharing resources. We have our operations in Central Oregon, while Leavitt’s is on the I-5 corridor, including areas of Washington, Oregon and California. But we both run these lanes. Now, we can utilize each other’s facilities for service, maintenance and fuel, which will help us cut costs.”

“We’re excited to be joining COTC and the Daseke organization,” added Terry Leavitt, co-owner, retired president and son of one of the founders. “We’ve never been for sale, but we’ve had a lot of phone calls from equity companies. There was never any interest on our end – we had a legacy and a name we hold with pride. But, the business model of COTC and Daseke caught our attention and we were open to listen. And we’re glad we did. They won’t change us; they will only make us better.”

Williams cited one other important bond between the two companies – both have been operated by managers who have themselves been drivers.

“Drivers are the core of any trucking operation, and with leadership at Leavitt’s and at COTC having that experience, it differentiates us from others,” he said.

Ron Riddle, CEO of Leavitt’s Freight Service, said joining forces with COTC will allow it to tap the expertise of its new partner.

“I’ve considered what Rick and his team have built to be world class,” said Riddle. “They were named the overall Best Fleet to Drive For throughout North America (small carrier category), and that speaks volumes. If there was a university to learn trucking, COTC would be the teacher. They know how to grow a trucking company and do it right and ethically.”

Leavitt’s Freight Service was founded in 1958 by brothers Doug, Dean and Dewey Leavitt. The company’s fleet of 45-to-48-foot trailers is equipped to handle long loads such as utility poles, which can range from 25- to 140-feet in length. For extremely long loads Leavitt’s uses ‘floating’ trailers, some outfitted with a steerable trailer.

More conventional loads include trusses and engineered wood products for construction projects, plus steel decking. The company moved much of the steel decking for the Amazon buildings in the Seattle area.

Both COTC and Leavitt’s Freight Service have been nationally and locally honored for excellence. In 2018 Central Oregon Truck Co. was not only named one of the Best Fleets to Drive For, for the fifth consecutive year, it also won Best Overall in the small carrier category. Leavitt’s was named the Oregon Trucking Association’s Fleet Safety Grand Champion in 2016, while Gene Hullette, who serves as safety manager at Leavitt’s, was named the Safety Professional of the Year.  This year, the company captured first place in the OTA’s Fleet Safety Awards — large fleet category.

About Central Oregon Truck Company: Central Oregon Truck Company was founded in 1992 by a group of friends, who were also former drivers, including CEO Rick Williams. Starting with brokerage of local and regional freight in the Pacific Northwest, the company has grown its asset-based operations to more than 350 trucks, delivering in all 48 states and Canada. In 2013, it joined Daseke, the largest owner of flatbed and specialized transportation and logistics capacity in North America.

About Daseke: Daseke Inc. is the leading consolidator and the largest flatbed and specialized transportation and logistics company in North America. Daseke offers comprehensive, best-­in-­class services to many of the world’s most respected industrial shippers through experienced people, a fleet of approximately 6,000 tractors and 13,000 flatbed and specialized trailers, and a million-­plus square feet of industrial warehousing space.