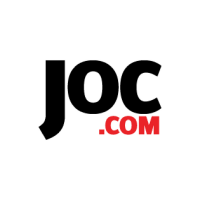 on May 15, 2017 in Big Freight Systems, Daseke, The Schilli Companies

Read this article from the Journal of Commerce, here.

Daseke acquired Bulldog Hiway Express in 2015. Two more companies have joined the Daseke family of open ­deck, flatbed, and speciality trucking operators, marking the firm’s 10th and 11th merger in fewer than 10 years and increasing its value by nearly 20 percent.

Even after those considerable additions to Daseke’s portfolio, the Texas­-based company said its share of the market remains under 1 percent, underscoring just how fragmented the specialized trucking sector remains in North America and just how far Daseke has to go before it can realize its founder’s dream “to become the premier open ­deck, heavy-­haul carrier in the United States.”

Daseke announced Tuesday it would be merging Manitoba-­based Big Freight Systems and Indiana­-based The Schilli Companies into its corporate portfolio that now includes 11 companies total. The terms of the mergers were not disclosed.

Daseke is one of the few, if not the only, operators of its kind pursuing mergers at such a rapid pace in the oversized and specialized trucking market. It’s not just because the fragmented industry is ripe for profitable consolidation, but because consolidation is necessary to improve and increase the range of customer services in an industry that is dominated by regional and rural providers, said Don Daseke, company founder, chairman, president, and CEO. “We’re the industry consolidator,” Daseke told JOC.com Thursday, emphasizing “the.”

That industry specializes in moving cargo that is too long, too wide, too high, or too heavy to move on an ordinary tractor-­trailer or by intermodal rail, like airplane wings and wind turbine blades. The industry is also set apart by its incredibly fragmented nature. Big players like GE, Caterpillar, and Siemens — who Daseke counts among its customers — are relegated to rely on a network of small, local providers. “Unlike the rails, this is a very fragmented niche, characterized by hundreds and hundreds of firms that are typically family companies, usually in rural areas,” Daseke said.

Daseke’s consolidation model, merging high-­performance companies under one umbrella without cutting leadership or employees, has helped the company develop a national network without reducing the localized customer service that made its individual parts successful in the first place, Daseke said. “We take a different approach, because we’re typically looking for not­-for-­sale companies that are already very profitable and very efficient,” Daseke said.

“Big Freight and Schilli? They’re both successful companies. They weren’t for sale,” he said. “Had an investment banker gone to those companies and asked if they were for sale they would have said, ‘No.’”

Under the Daseke umbrella, Big Freight will help expand Daseke’s existing but limited footprint in the Canadian marketplace, and Schilli will give the company a presence in the Midwest for the first time in its nine­-year history. 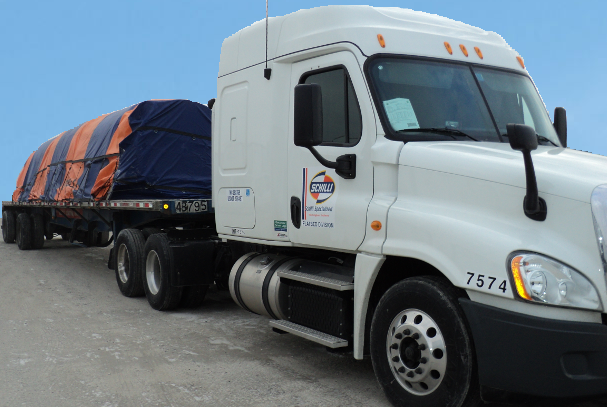 It’s just the latest in Daseke’s aggressive push to consolidate power and expand its footprint in its specialized marketplace. Since it began operations in 2009, Daseke has finalized 11 mergers, including the two most recent. Earlier in January, the company merged with an already public company, Hennessy

Capital Acquisition Corp. II, gaining a spot on the NASDAQ exchange. Even after completing 11 mergers and going public, Daseke said his company still hasn’t made a sizeable dent in the industry.

“Last year, our revenue was about $655 million. Including these two companies we’ve just merged with, our revenue last year would have been $770 million,” he said. The specialty trucking market is a multibillion dollar industry though, Daseke said, “We’re less than 1 percent of that.”

Future merger and acquisition activity is a given, said Daseke. After the recent announcement, the company still has 22 remaining non­disclosure agreements with private, flatbed, specialized carriers, and the CEO said he doesn’t plan to sit on them.

Daseke and Hirsch said they’re optimistic about the markets they serve, in spite of a drop in US industrial output and the slowdown in the overall economy in the first quarter of 2017.

US industrial production fell 2.2 percent year-­over-­year in the first three months of the year, according to the Federal Reserve. The US economy, meanwhile, grew at a 0.7 percent rate in the first quarter, its worst performance in three years.

“I think industrial market has been in a recession the last couple of years and is going to come out of that recession. So we’re cautiously optimistic,” Daseke said. “Certainly the mood of the country has been much more optimistic than it was last year before the election.”

The outcome of the 2016 US election has boosted that optimism considerably, Daseke said, citing the Trump Administration’s promise of a $1 trillion infrastructure spending plan that has bolstered the confidence of builders and the transportation providers, such as Daseke, that move their freight. Details remain scant on just how the White House will bankroll the plan and on its odds in a Congress that has said outright infrastructure is not a priority, but Daseke said he is satisfied knowing just that the conversation has been started.