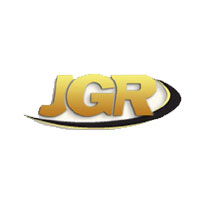 There are some things that can’t be learned from a book.

As the third generation leader of J. Grady Randolph, Mark Randolph has seen and done about everything there is to do in a flatbed operation. This know-how has helped Mark lead Gaffney, S.C.-based JGR, which runs 167 tractors and more than 600 trailers. J. Grady Randolph operates in the lower 48 states and Canada.  A part of Daseke, Inc., JGR is a thriving organization with a dedicated core of drivers and a management staff who are family oriented.

Tradition. Quality. Dedication. Life-long customers. These are things that have been instilled in Mark for as long as he can remember.

I started coming to work when I was 8 years old,” recalled Mark. “Maybe it wasn’t called work back then; I was pretty young. But I came in with my dad during the summer and helped around the shop where I could.” 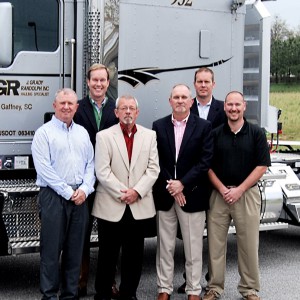 The story of J. Grady Randolph begins in 1935 when Joe Grady Randolph, also known as Big Grady, bought a truck and started a business of hauling lime (fertilizer) to farms. Business was good with the farmers in South Carolina, and demand began to outstrip his ability to deliver. Joe then became a small fleet operator – buying another dump truck and hiring his first employee.

As the nation’s economy continued its climb out of the Great Depression, JGR continued expanding along with it. Joe’s family began expanding at home as well – he and his wife Martha were the proud parents of four boys and one girl. All would have a stake in the business, but the oldest son, James — called Little Grady among family and friends — and a younger son, Charles, became the most active in the company among the siblings.

The Randolph’s had a very nice niche business. It was modest in size by today’s standards, but in the 50s and 60s, the business was seen as one of the area’s largest trucking concerns.

As they moved forward as second-generation owners, James and Charles began having children of their own.  And, just as James had watched the family company grow as long as he could remember, so too would his boys, Mark and Jimmy – both who took a strong interest in trucking.

The boys would help their dad around the shop, as best kids could. When college years came around, Jimmy went off to college on a football scholarship and joined JGR after returning from school.  Mark became a full-time employee at J. Grady Randolph when he turned 18 and began learning all there was to know about trucking.

I worked as a mechanic, in dispatch, and I was a driver,” recalled Mark.  “I’m in my 50s now, so over the course of all the years, there hasn’t been a job I haven’t done.”

In 1980, JGR turned lemons into lemonade. The company lost a contract to haul sand and stone in their dump trucks, but that same company had another division, which made prestress concrete. These oversized concrete masses needed to be delivered via flatbed trailer — equipment JGR didn’t have. Yet.

It was decided to bring new equipment in to get the business,” recalled Mark. “We decided to augment our dump fleet with several tractors and flatbed trailers. It gave rise to a new operation at JGR – one that would ultimately become our calling card.”

Mark was called in to manage that piece of the JGR portfolio. It proved to be a profitable venture and JGR grew as its customer began expanding into other regions.

We grew right along with them. And, that set the stage for us breaking out into this mode of transportation,” recalled Mark.

In 1986, and after 40-plus years in the business, Joe, also known as Big Grady, retired and James and Charles continued the legacy of JGR. The fleet was up to 40 dump trucks.

In 2004, Mark and Jimmy became co-owners in the business. A year later, their dad retired while Charles continued in the operation. In 2008, the business split. Charles had a passion for the dump truck side of the business while the two boys enjoyed flatbed trucking. With smiles and handshakes Charles left with the fleet of about 60 dump trucks, while Mark and Jimmy took ownership of about 60 tractors and 300 trailers. They decided to concentrate all their efforts in the open-deck world of trucking. Mark became CEO and Jimmy CFO.

Photo Gallery of JGR Through the Years 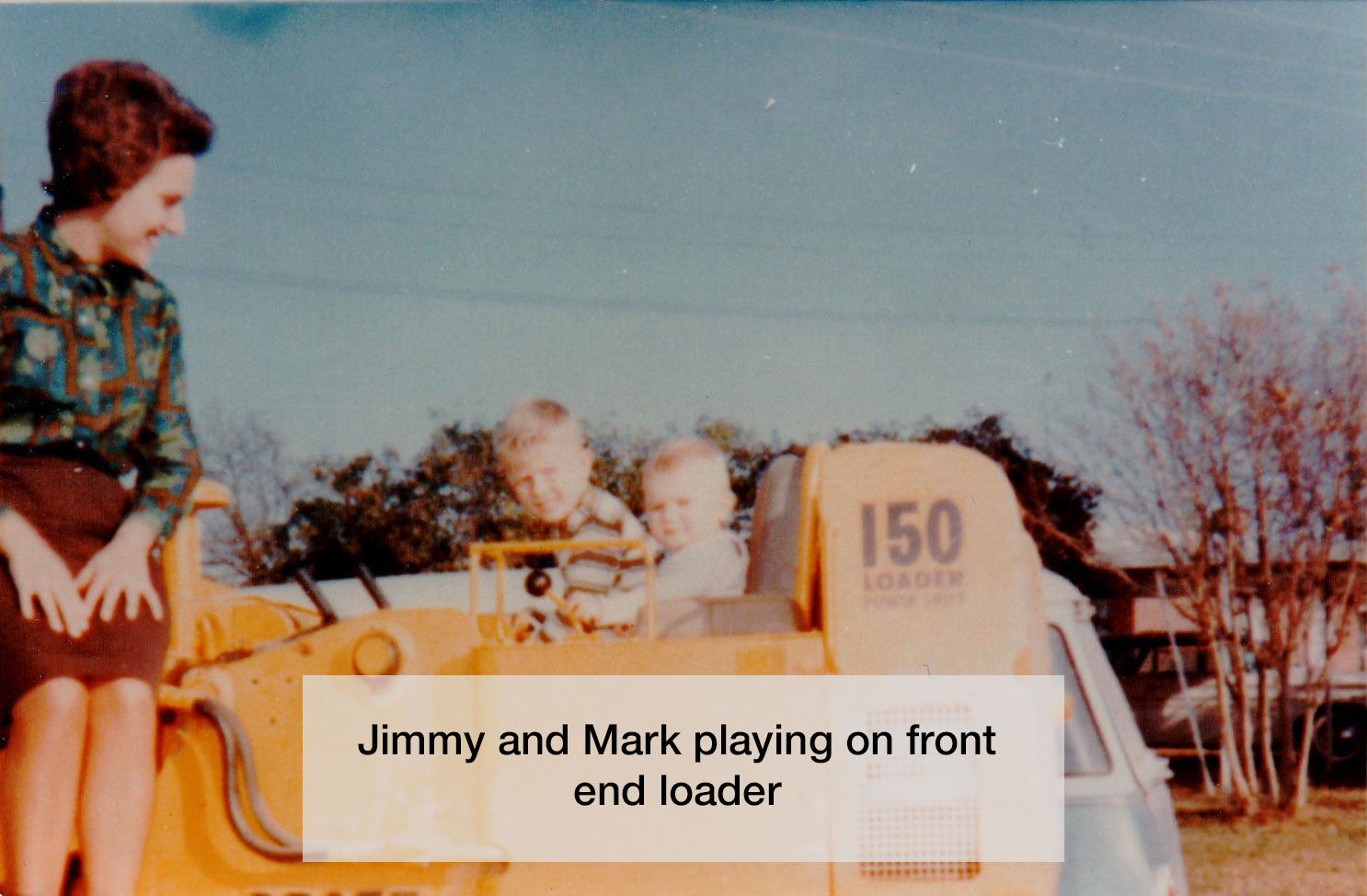 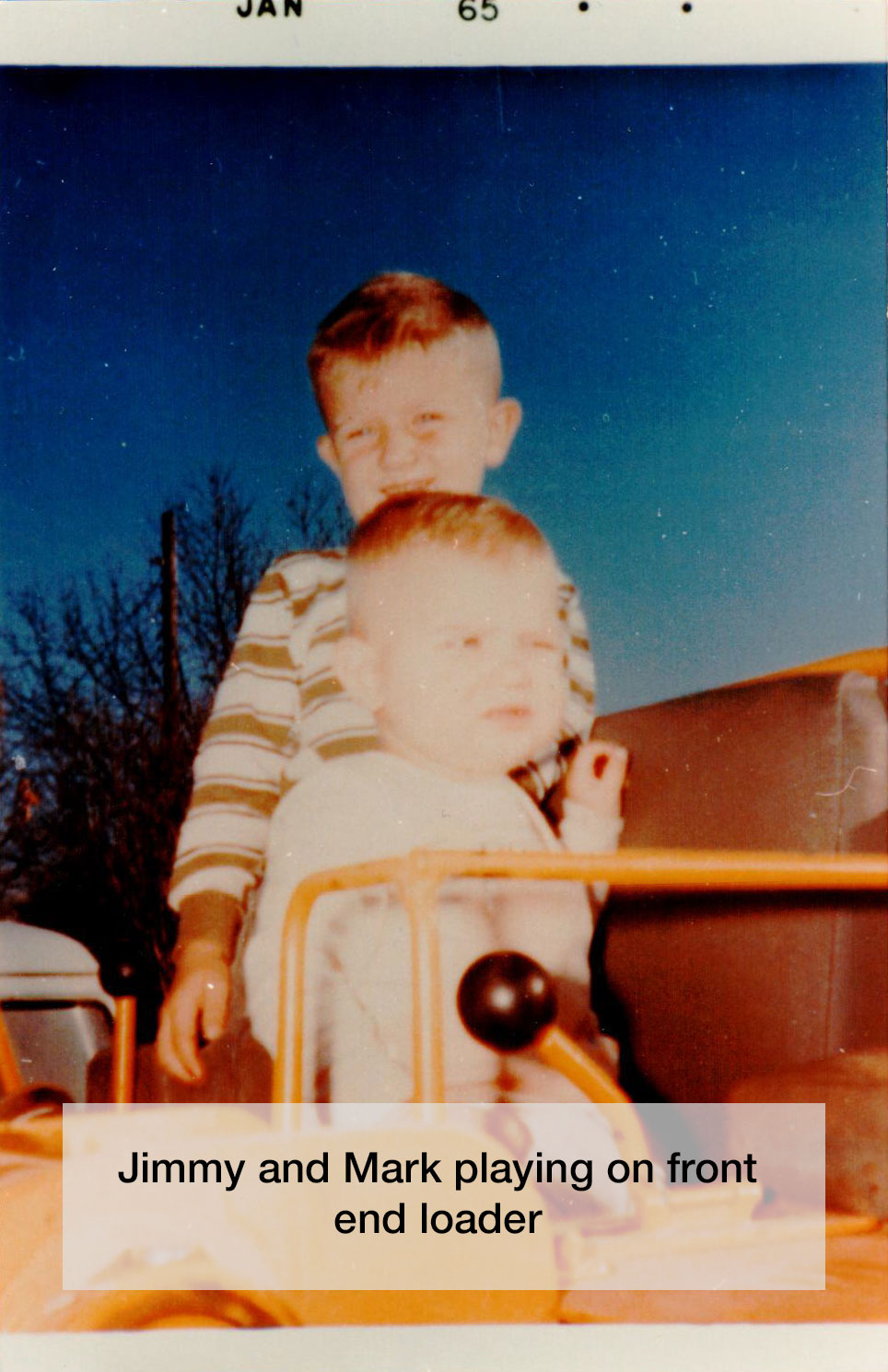 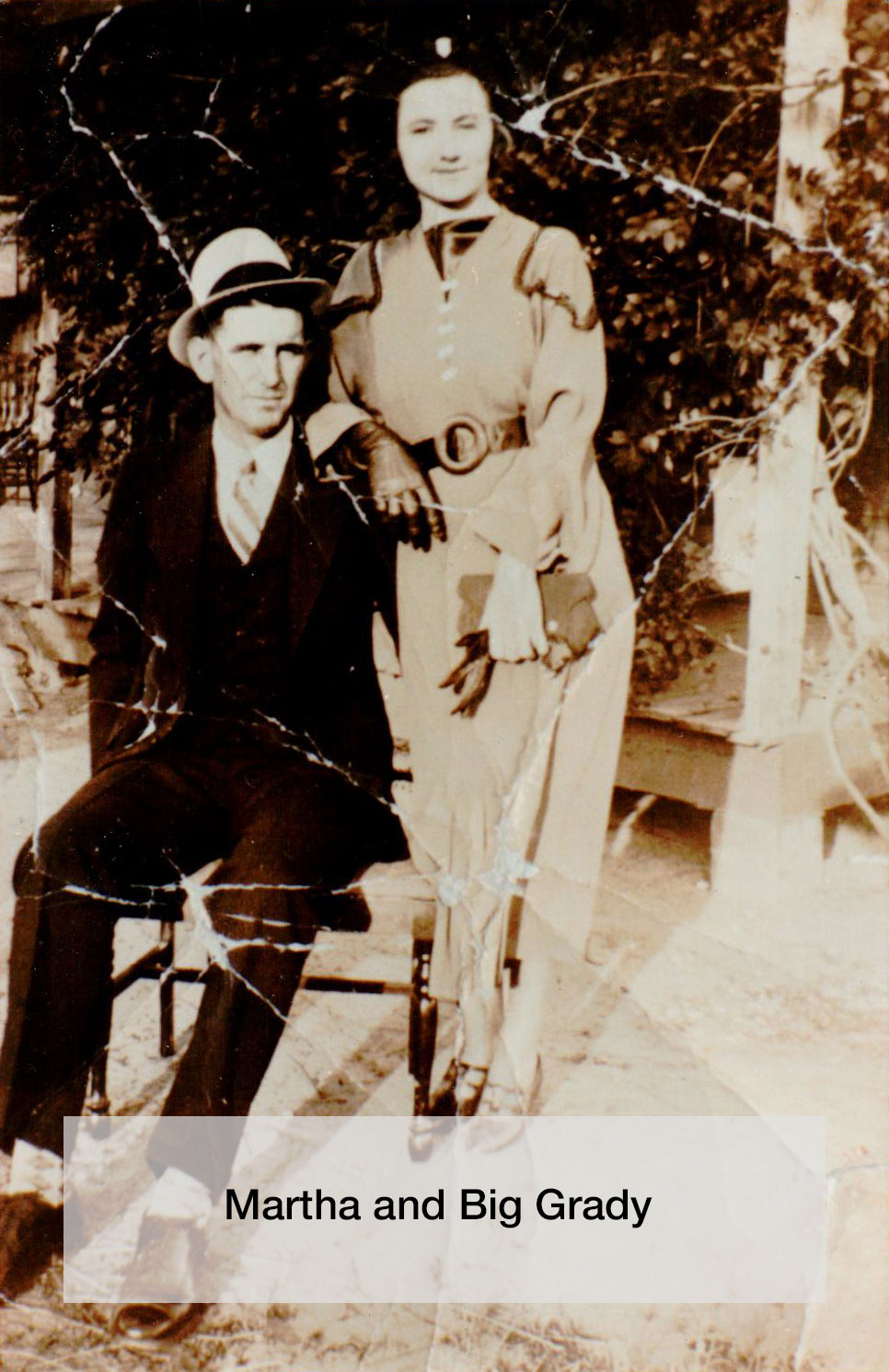 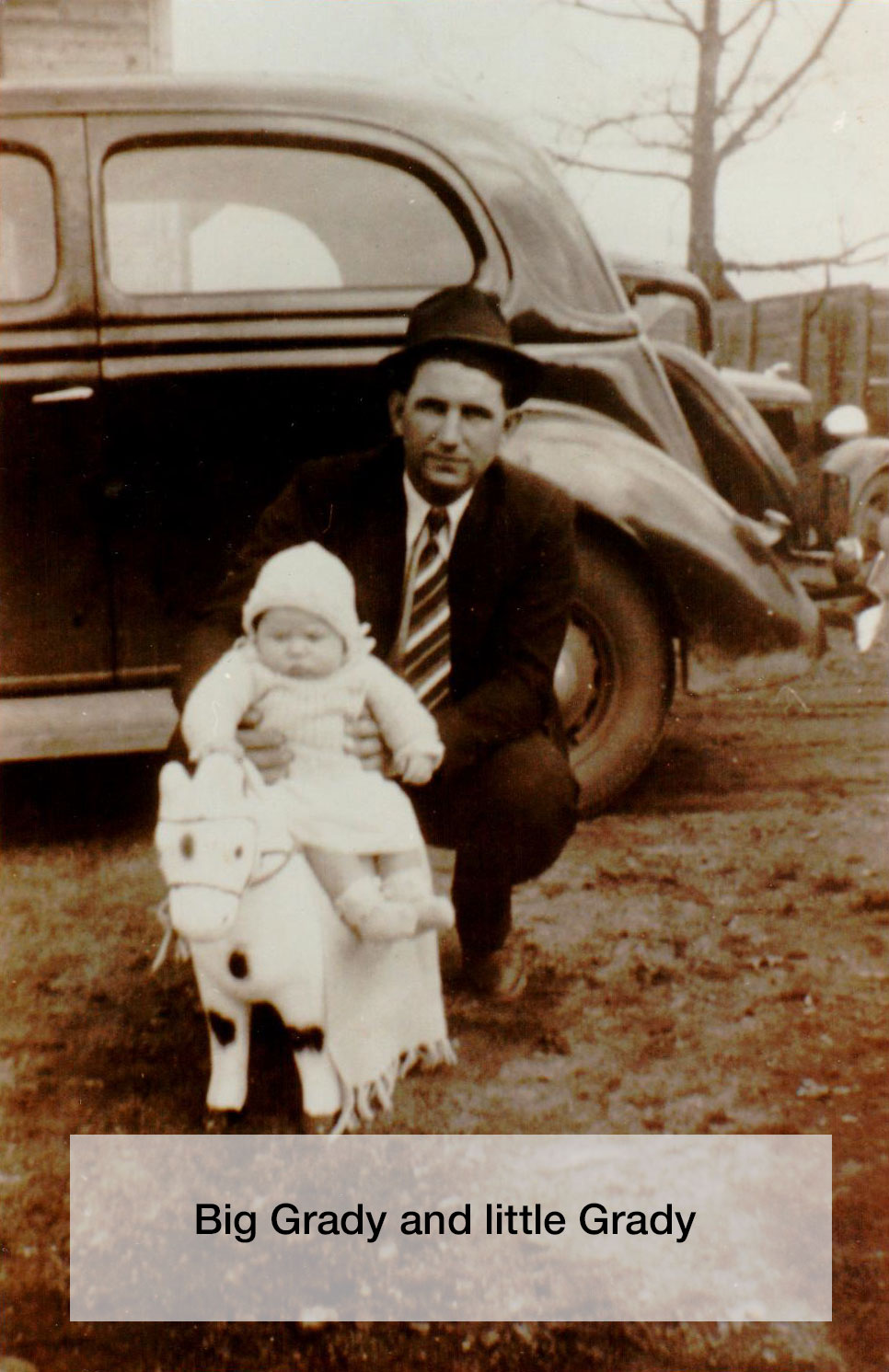 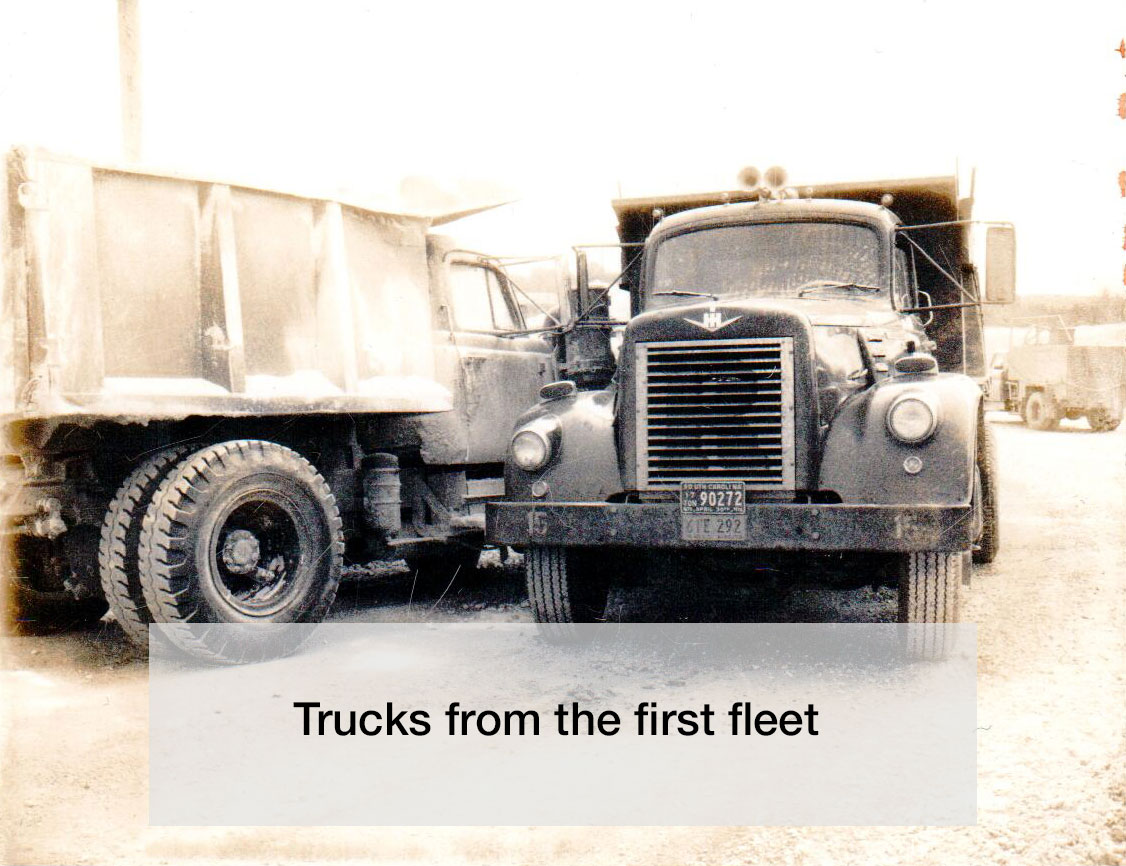 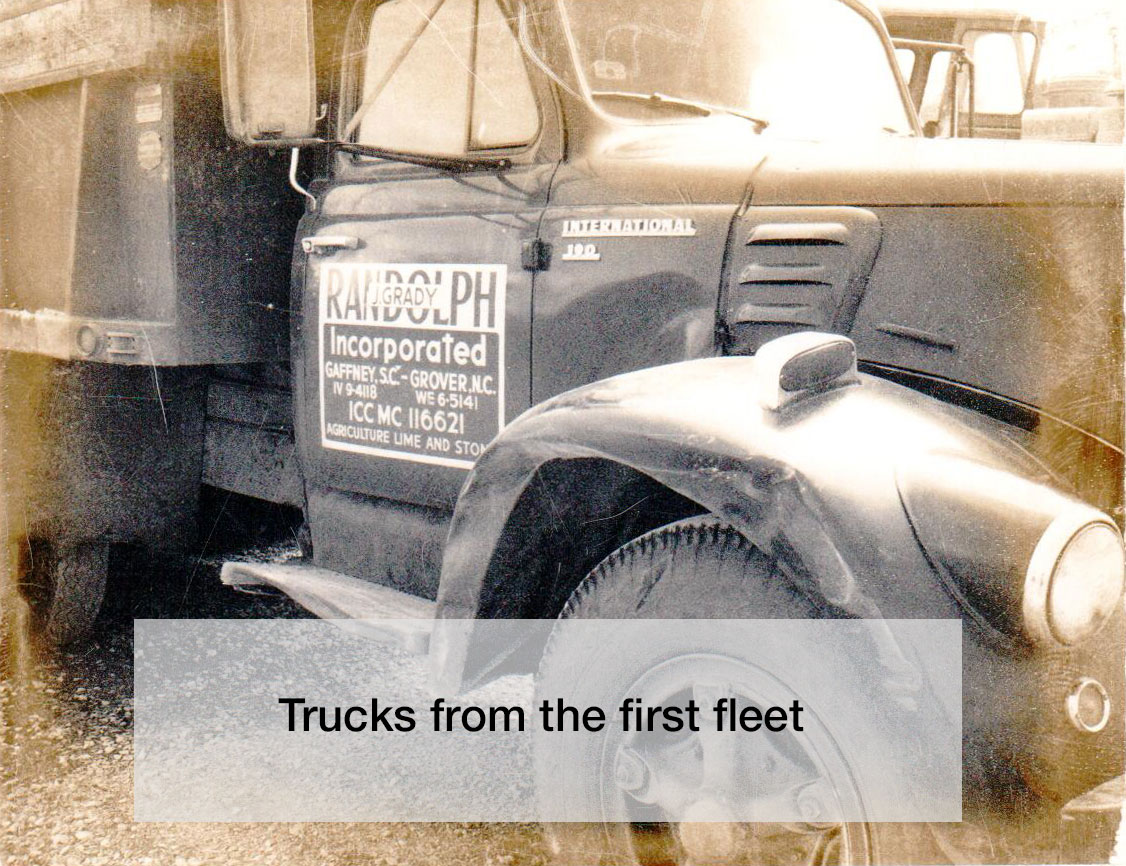 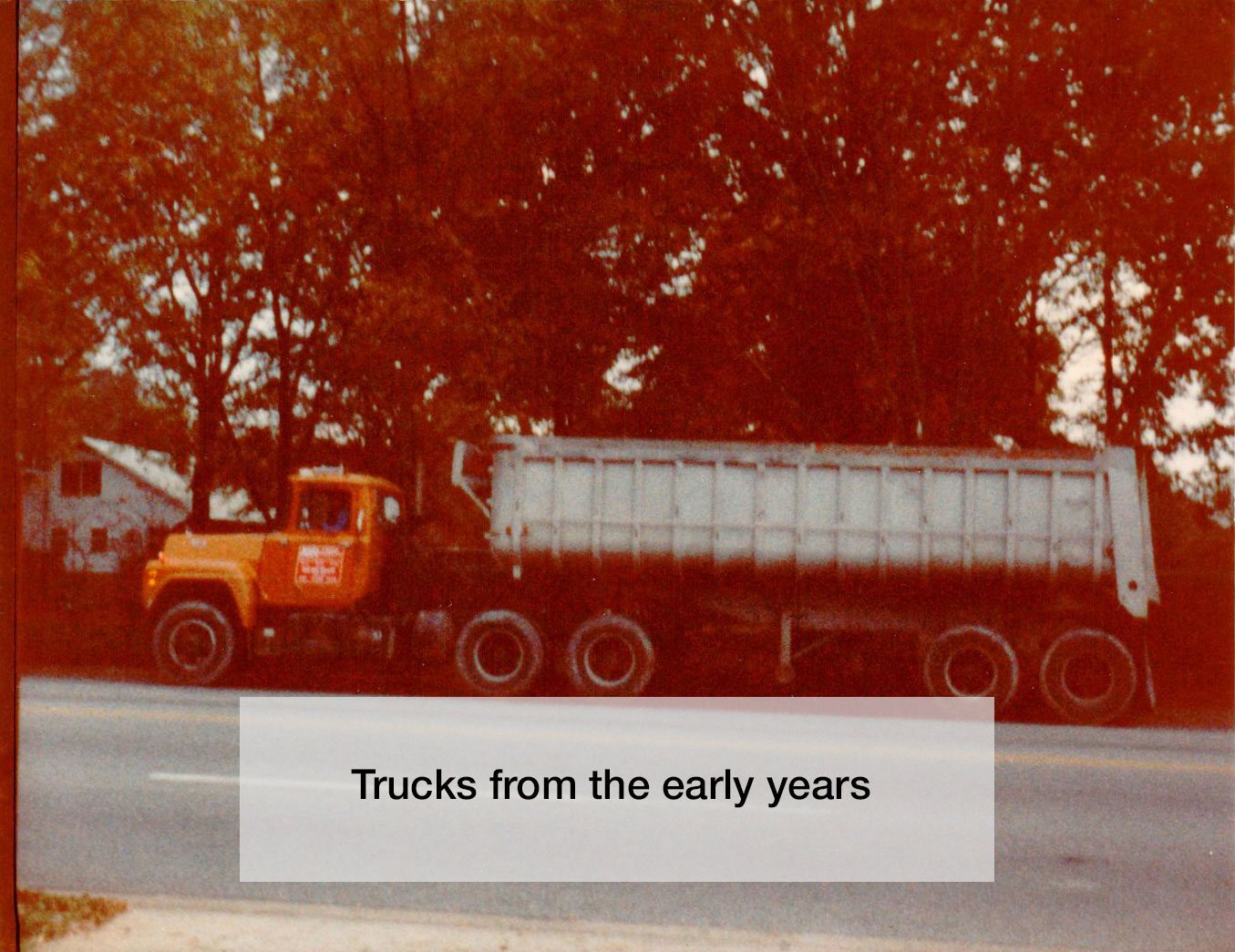 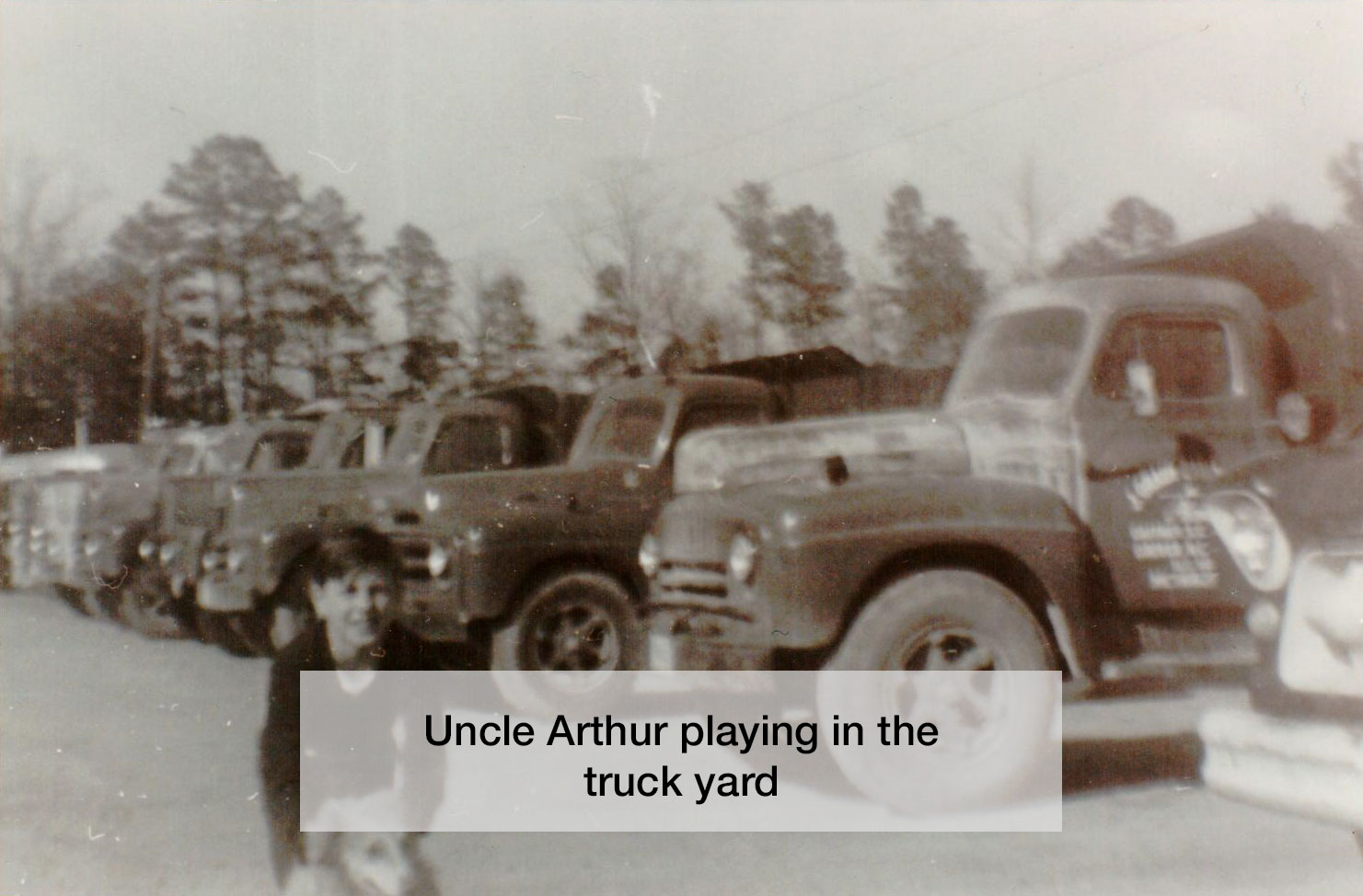 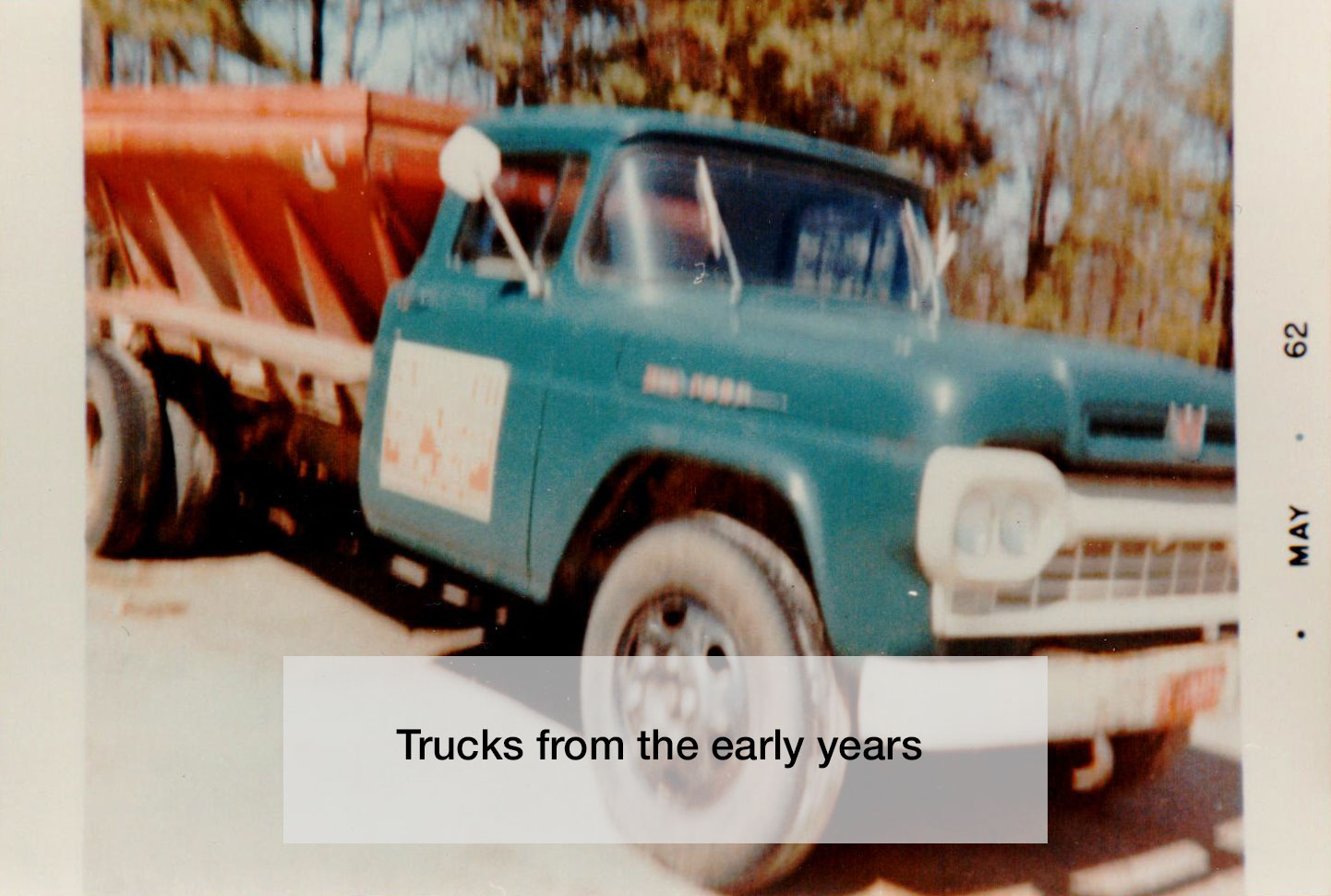 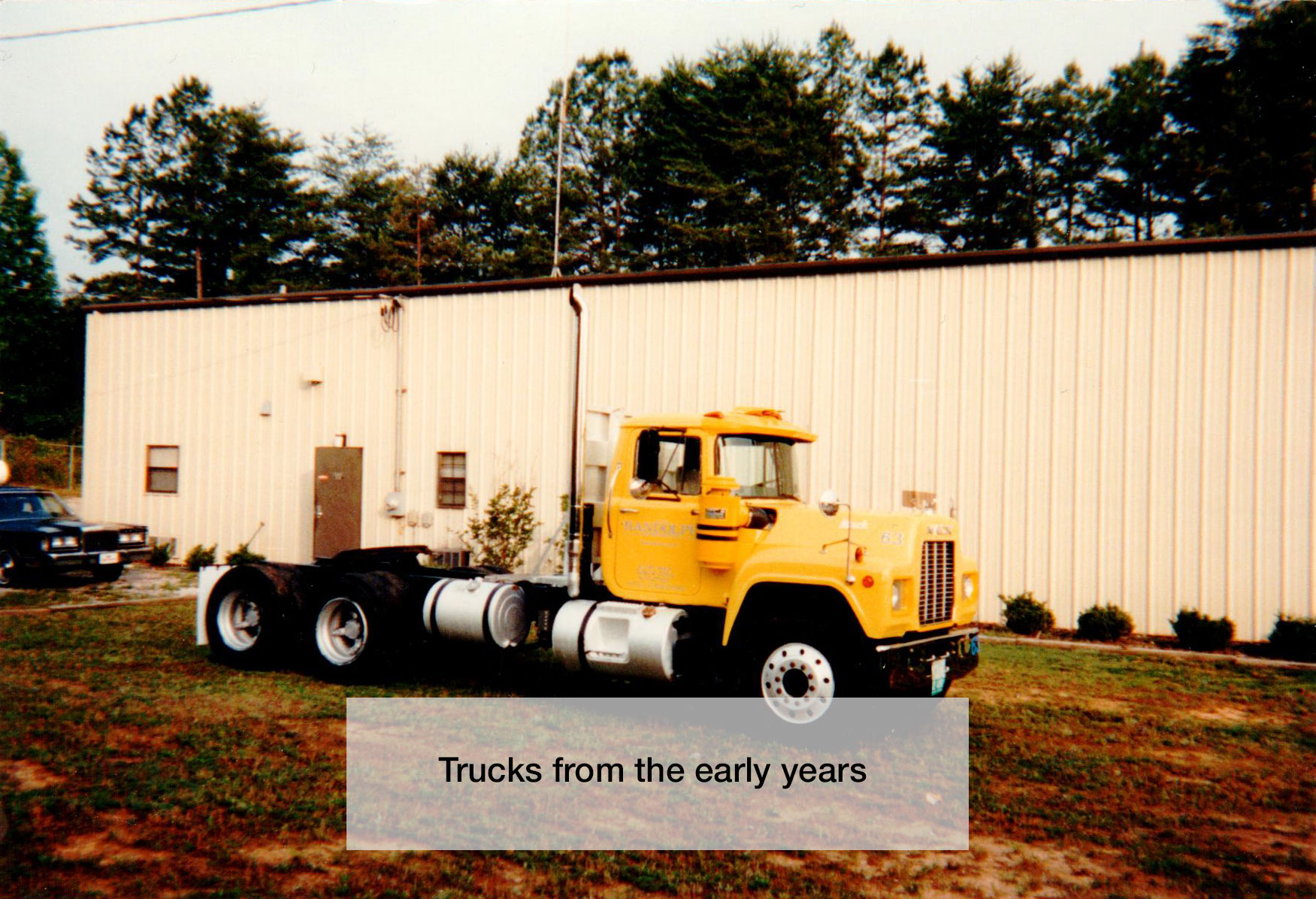 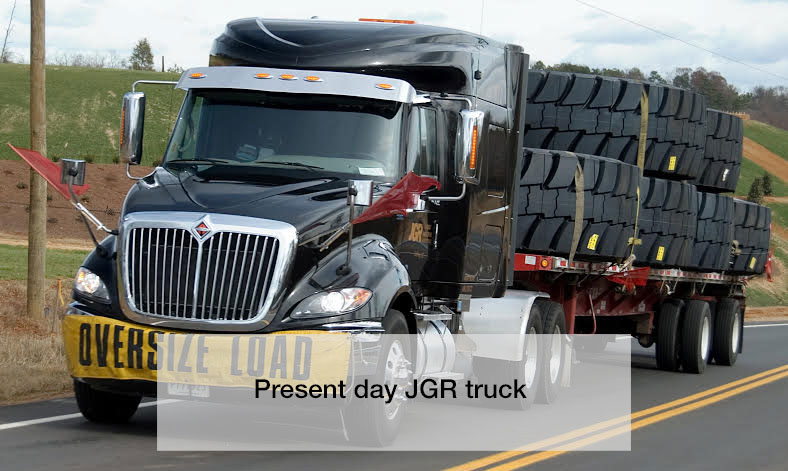 With a nearly 4-to-1 ratio of trailers (many 48- to 80-foot extendable) to power units, the company invested in equipment to ensure it could handle most any load coming its way. When Michelin put out a bid to haul mining tires throughout the United States and Canada, JGR was awarded the business. It put JGR on the map as a large, national carrier and it expanded its territory into the great white north — way up into the North. It hauls to the oil sands in Alberta, and as far northeast as Labrador City in Newfoundland near the Quebec border.

With 372 miles of gravel and dirt roads one-way, along with the need to take a ferry, Labrador City is a challenging run,” said Mark. “It’s not for the faint of heart, but we tackle it willingly. With 90 percent of our loads oversized, we feel we can take on any challenge a customer – or Mother Nature – throws at us.”

JGR utilizes a fleet of late model tractors — equally divided between Kenworth and International power units. Most are equipped with 72-inch sleepers.

Drivers love our equipment, which helps with driver retention,” said Mark. “But our calling card for loyalty is our family-led way of doing business. We know everyone and it’s why 80 percent of our employees have been with us for a long time. The average tenure for our drivers is more than 7 years. That, along with our safety record — we’ve won multiple awards from the South Carolina Trucking Association — says something right there.”

With terminals in Gaffney and Piedmont S.C.; Hiram, Ga.; Ashland City, Tenn.; and Richmond, Va., the company joined Daseke, Inc., in May 2013.

A mutual acquaintance introduced us,” recalled Mark. “We weren’t looking to sell or merge – we were quietly going about our business, but when Don Daseke and Scott Wheeler called on us, we decided to listen to what they had to say. They liked how we grew during the tough times and the fact that we had a deep family heritage. They told us how they invested in people and how it could be a great partnership. We could see the passion they had in their company – and it mirrored the passion we had at JGR.

But we did our homework too,” added Mark. “We talked and met with Smokey Point Distributing and E.W. Wylie – two companies already under the Daseke umbrella. Those two companies were thrilled with how they were able to keep their autonomy, yet have the financial backing of Mr. Daseke and his company. They told us, ‘whatever they tell you is true. They’re old-fashioned business people with high ethics. You won’t be disappointed if you join.’”

With 140 tractors and 500 trailers at the time, the decision was made to join forces, and according to Mark, it’s been a good one.

We’ve expanded our business since becoming a member of the Daseke family,” said Mark. “And I can’t tell you how much we’ve learned from our sister companies through our best practices meetings. We can fully share what makes our individual companies successful to the benefit of all.  We even send our people to our sister companies to learn and see firsthand how they’re operating. This type of information sharing is just invaluable and makes us each stronger as companies.”

According to Mark, the company has been able to experience all of its growth while maintaining its deep-rooted family atmosphere.

That’s important to all of us here,” he said. “My son, Steven, works in dispatch and he represents the fourth generation at JGR, along with Jimmy’s daughter, Jamie, who works in accounting.  My daughter, Abbi, will be joining the JGR team this summer. I guess you can’t get more family-oriented than that.”