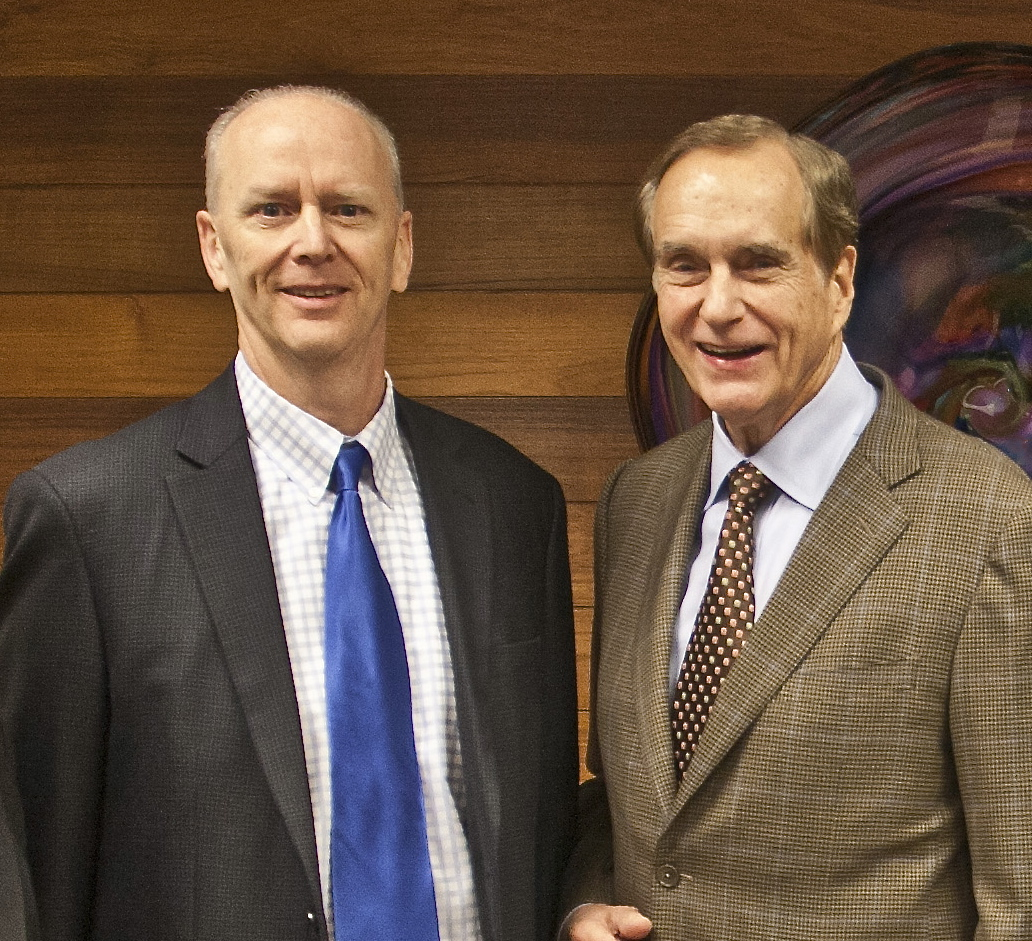 After working together in the Addison, Texas community for over the past decade, Scott Wheeler and Don Daseke are now taking their trusted partnership to the business world.

If a shipment is too long, too wide, too high or too heavy to move on an ordinary tractor-trailer — think airplane wings or wind turbine blades — Don Daseke wants it. Such heavy-haul, specialized industrial freight is the core business of Daseke Inc., a rapidly growing trucking company that wants to become the premier open-deck heavy-hauler in North America.

Since 2009, the Addison, Texas-based company’s revenue has soared more than 2,180 percent, from $30 million to an expected $685 million this year, through a series of mergers that added a total of nine operating companies to the business. The latest merger — not an acquisition, founder and CEO Daseke said — brought Lone Star Transportation into Daseke.

By Oct. 1, the company’s 12 month trailing revenue run rate hit $700 million, Daseke said, and he expects that number will rise to $1 billion over the next few years as business volume grows and new open-deck heavy-haul carriers join his growing family of companies.

We believe we can’t be all things to all people,” Daseke said today in an interview. “We’re not dry van, we’re not reefer, we’re just open-deck, heavy-haul. There are some open-deck companies that over the next several years we’ll seek to add to the Daseke family.”

In the open-deck hauling business, there is really no true national leader,” said Scott Wheeler, senior vice president and CFO of Daseke Inc. “There’s no North American company that has the geographic reach with the wide variety of equipment types and facilities to support the heavy industrial companies that are our customers,” he said. “We’ve assembled companies in this space so we can provide that ubiquitous coverage for our customers.”

Daseke is likely to have more opportunity to grow as manufacturing, construction and energy production expand in North America. While manufacturing activity fills less-than-truckload trailers with palletized components and products, it also creates demand for raw materials, outsized industrial machinery and equipment that can only move on oversized vehicles.

The combined revenue of the five largest oversize-overweight carriers fell 9.2 percent year-overhear in 2013, according to S.J. Consulting Group data, largely because of a drop in wind energy installations in the U.S. The increase in economic activity in 2014, and in the manufacturing, construction and energy sectors in particular, bodes better for heavy haulers.

Aerospace production has picked up, as well.

There’s a plant outside Dallas that builds jet wings for Gulfstream,” said Daseke. “We move them from here to Georgia twice a week.”

Some of the open-deck trailers used to haul aviation equipment are so long they require a second driver steering the rear trailer axle. With a load like that, “you don’t start planning a turn 200 meters in advance, you plan it 2 months in advance,” Wheeler said. “Our drivers need more skill, training and experience.”

Any generalized industrial production is good for our company,” he said. “We move a lot of specialized stuff, but also a lot of shingles and lumber” on open-deck trailers. Lone Star gives Daseke a much desired gateway to Northern Mexico, he said. “They move a lot of goods into and out of that region, where there’s a lot of ‘near-shoring’ of manufacturing.”

Piloting an oversize-overweight rig is a premium truck driving job, and typically commands more pay than other driving work. Even so, Daseke said a shortage of available drivers will restrain capacity growth in heavy-haul trucking in the next few years.

“For our drivers,” he said, “the job is even tougher. They’ve got to do many things dry van drivers don’t do.” For example, “they’ve got to climb up on top of a flatbed to strap down loads, chain or tarp loads, in the worst of weather. Our drivers are long-distance drivers, and a lot of them are home once a week, and more every couple of weeks. It’s a tough job and a tough life style and it’s going to be a fight over the next several years to recruit and retain drivers.”

Difficulty recruiting drivers and adding capacity in an organic fashion is another reason for trucking companies to consider acquisitions and mergers. The heavy-haul sector of trucking, like the general truckload, drayage and freight brokerage businesses, is highly fragmented, with a preponderance of regional and local operators that lack the scale needed to gain greater purchasing and pricing leverage and operating efficiencies to control costs.

Just as XPO Logistics is helping to consolidate the freight brokerage filed, Daseke wants to bring more heavy-haul companies into its fold, but not just any companies.

Daseke isn’t “acquiring” companies, he said, but merging them with his operations, retaining management and all employees from top to bottom.

No one has ever lost their job as the result of a business combination with Daseke,” Wheeler said. Daseke looks for highly successful, typically family-owned companies with a strong corporate culture that values employees and contractors, Wheeler and Daseke said. “Southwest Airlines has a culture that really works and inspires their people. You can feel it when you’re on a Southwest plane. It’s a different charged up culture, and we want that in our company as well,” Daseke said.

Daseke developed his ideas on corporate culture not in transportation but other industries, including real estate and telecommunications.

I’ve been an entrepreneur all my life,” he said. “I’m a CPA by education, I was in sales and finance with IBM for several years and then I started a real estate company.”

He took that company public, and then founded Sage Telecom, a business he later sold that still offers low-priced phone plans in several states.

In 2008, “an investment banker in Dallas came to me and said we have this company called Smokey Point for sale,” Daseke said. Based in Arlington, Washington, Smokey Point Distributing specializes in aviation-related trucking with a fleet of curtain-side and open-deck trailers of various types. “I didn’t know anything about trucking, but I really liked the people,” Daseke said.

My philosophy has always been to invest in people, so that was my decision.” A similar opportunity arose in 2011, when Daseke merged E.W. Wylie, West Fargo, North Dakota, into its operations. “Having these two companies in the same business gave us the idea to look for other companies in this niche to create the premier national company.”

Our philosophy has been to follow the same strategy as Warren Buffett,” Daseke said. “When he brings companies into Berkshire Hathaway, he mentors them and provides guidance but does not try to run those companies. That’s what we do. The only difference is that all the companies we’re merging into Daseke are in the same open-deck business.”