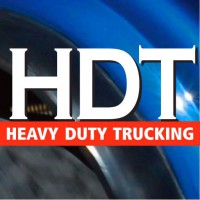 When John Wilbur took over as Roadmaster Group’s CEO in 2011, the Glendale, Arizona-based company was suffering from severe turnover. At times Roadmaster, the parent company of several secure truckload transportation fleets, saw turnover rise above 100%.

Turnover is a major problem for most fleets, but recruiting is even harder for Roadmaster’s primary division, Tri-State Motor Transit, which handles high-security loads for the Department of Defense.

Tri-State can’t hire on just any driver. It needs driver teams, with hazmat and tanker endorsements, a TWIC card to get in and out of ports, a U.S. passport, and the ability to maintain a security clearance. Prospective drivers must have one to two years of experience and a perfect driving record.

To solve his turnover problem, one of the first things Wilbur looked at was driver pay – not just the amount they received, but how steady it was paycheck to paycheck. Compared to his office employees, who always knew how much they were going to make, his drivers were always unsure.

“Drivers know they’re working next week, but they have no clue in a traditional mileage-based format how much money they’re going to make,” Wilbur explains. “That’s just ridiculous. I don’t know how you run your life like that.”

Week to week, driver pay varied wildly, too dependent on issues outside of a driver’s control, such as good weather or light traffic.

He suspected that this instability was a root cause of his turnover woes. It wasn’t how much his drivers made, but how consistent pay was week to week that really impacted their decision to stay or go.

So Wilbur created a hybrid salary format for drivers that guarantees a minimum daily pay rate and includes mileage bonuses and other activity-related pay. At its core was a base daily pay that each driver would receive, no matter how far or how long he or she drove.

At first his drivers were skeptical. Some felt the new system would cheat them out of pay. But he asked them to give him 90 days to prove it. After that 90-day period, it was never an issue again, he says. “Nobody wanted to go back.”

Almost overnight, he says, their pay became steadier and their lives became a little easier to manage, leading to happier and safer drivers. Compared to strictly mileage-based pay, the cost of paying his drivers went up. But he found that with lower recruiting, training, and marketing expenses, his company became more profitable.

Best of all, his drivers stick around. Since a daily minimum pay rate was instituted, Roadmaster’s turnover dropped to as low as 30% and it never rose above 50%.

“I hear all this noise about a driver shortage, but look at all the credentials, experience and track records we need for our fleet, and we don’t have a significant problem finding drivers.”

Fleets can’t be afraid to change, Wilbur says, and at the end of the day it comes down to respect.

“Do you compensate them fairly, do you invest in their facilities, do you make their job, which is the hardest job in the company, as easy as possible? That’s what we’ve done for years, and it’s differentiated us from the pack.”

Fun Fact: Roadmaster Group division Tri-State   is the largest transporter of AA&E in the U.S.