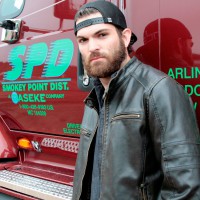 Writing and playing country music is his passion and “That’s what I’m meant to do in this world,” says Smokey Point driver Nate Moran.

It’s also been something of a lifesaver. 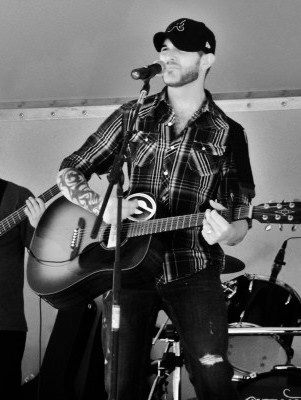 Nate performing at the Southern California Fair in Paris, California in October 2012.

Behind that passion is a lot of hours of work and some personal tragedy. Nate picked up a guitar “to keep my mind right” at age 11, just after his father died of a massive heart attack (at age 41) while the two were on a hunting trip together.

That right road might just lead to a career in country music, says Nate who has been driving for Smokey Point Distributing for a year and a half.

“I’ve always been a fan of music, and I love singing. It’s something I’ve been blessed with.”

Acknowledging and encouraging the passions and dreams of its employees is good for the company and customers also, says Dan Wirkkala, Smokey Point Distributing’s President.

“We have a great appreciation for people’s strengths here at SPD. We want our professional drivers to enjoy driving and enjoy life outside of trucking,” Dan says. “We’ve got amazingly talented people. We want the world to know about them and what they can do, on and off the job.”

The world is already getting to know more about Nate’s passion for music. He and his band have played at fairs and other events in California, where he’s based, and he’s looking to expand those performances to nearby states. He also recently performed at the ground breaking for Smokey Point Distributing’s new building. 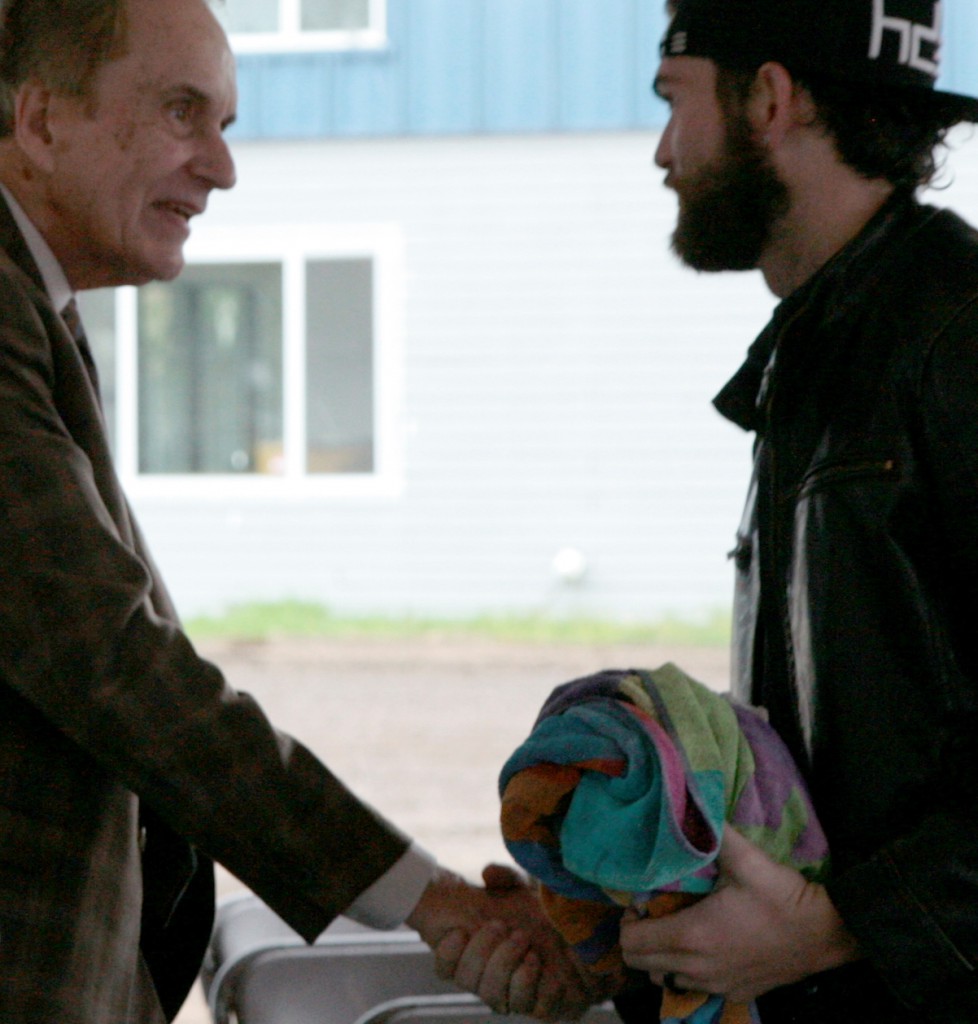 He has recorded two songs – “Honey Drop” and “Middle of the Moonlight” – available for sale on iTunes and Amazon.com (he’s had sales in the United Kingdom and Europe, too). He can also be found at his website (natemoranmusic.wix.com), Facebook page www.facebook.com/NateMoranBand, Twitter @NateMoranMusic and on YouTube.

Nate recently experienced a startling reminder of the power of social media when, holding the door open for women in Tupelo, MS., one of them suddenly exclaimed, “Oh my gosh, we know you. I have your songs on my phone. Your first name’s Nate.”

“To get recognized on the other side of the country — and to be asked for an autograph and a picture with her was pretty cool,” Nate says.

His musical style is modern country with a definite rock edge to it, along the lines of Luke Bryan or Jason Aldean. Bryan, he says, is a particular influence because of the tragedies in his life. “He’s turned it into music and made all of his fans feel his music,” he says.

After his active service in the California Army National Guard, Nate turned toward his appreciation of and interest in the career of a professional truck driver. When Nate was a teen, his uncle, who was a driver, would take him on trips and that’s where Nate began to appreciate life on the road. Now that Nate’s a driver himself, he’s “getting to see the U.S. and Canada the way most people never do.”

Nate’s music goes with him on the road. Every morning he starts driving with the Jerry Reed trucking classic “Eastbound and Down.” During the day, as he’s driving, he’ll freestyle words to a guitar part he’s written until he finds lyrics he thinks work. Then, at the next safe opportunity, he’ll jot them down. 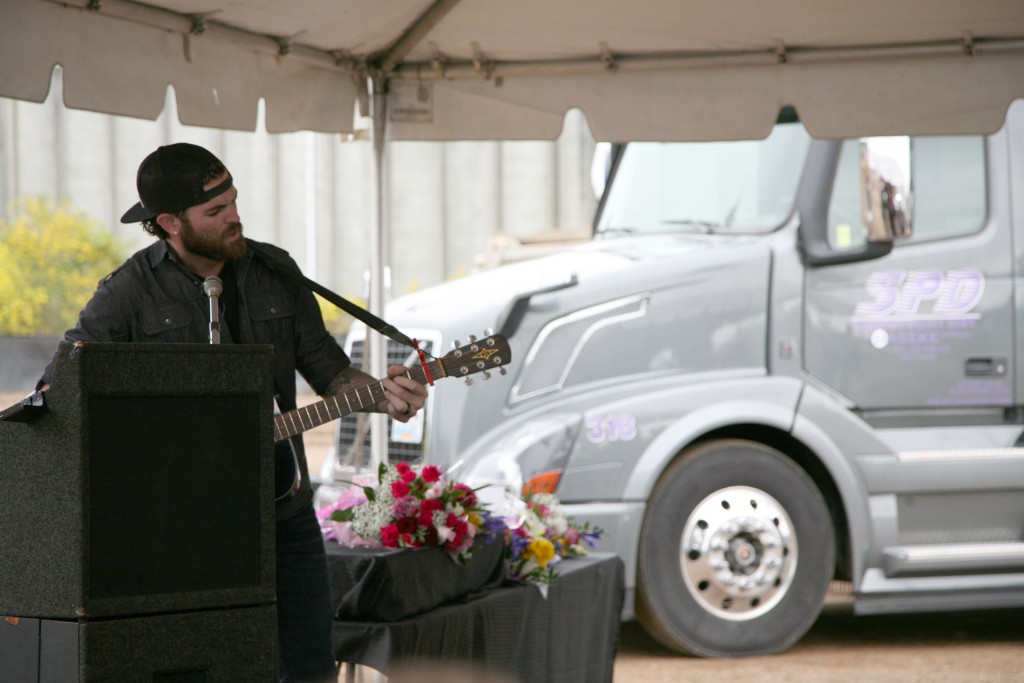 Nate performing his single, “Middle of the Moonlight,” at the Smokey Point Distributing groundbreaking.

“Every evening, after I shut the rig down, I spend at least two hours with my hands on a guitar and have a pen and notepad nearby to write down ideas,” Nate says. “On one recent trip I came up with the beginnings to two songs, and I know I can turn them into the two best songs I’ve ever written.”

He’s hoping this summer to complete a six-song EP and go to Georgia, where he was raised, to shoot the video for “Middle of The Moonlight,” the song inspired by his relationship with his bride. Eventually, he’d like to move his family (he and his wife have two daughters, ages seven and three) to either Nashville, TN or Austin, TX, two epicenters of country music, to grow his career in the music business.

“It’s harder than any industry to get into,” he says, “but I can do it. It just depends on how bad you want it.”

Nate believes the work he’s put in to fulfill that musical passion is worth it.

“Country music is the best music in the world. I can argue that all day long.” 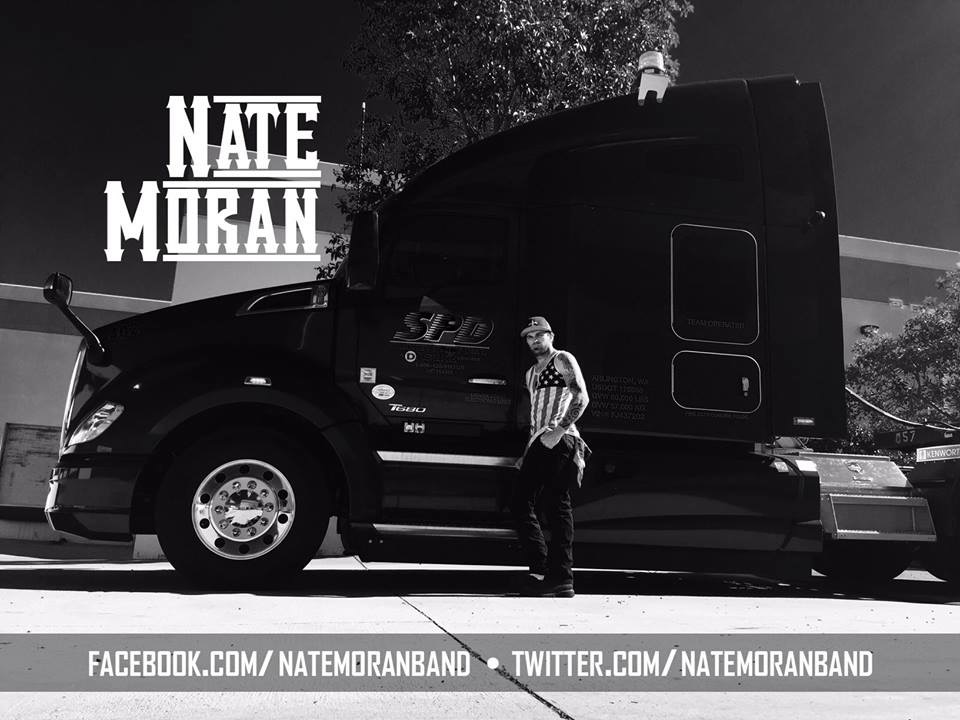