Written by Sydni Walker and approved for reprint by Addison Magazine.

Entrepreneurs thrive in Addison, and Don Daseke is certainly no exception.

As CEO and President of Daseke, Inc., the largest owner of flatbed, open-deck and specialized trucking capacity in North America, Daseke keeps busy. 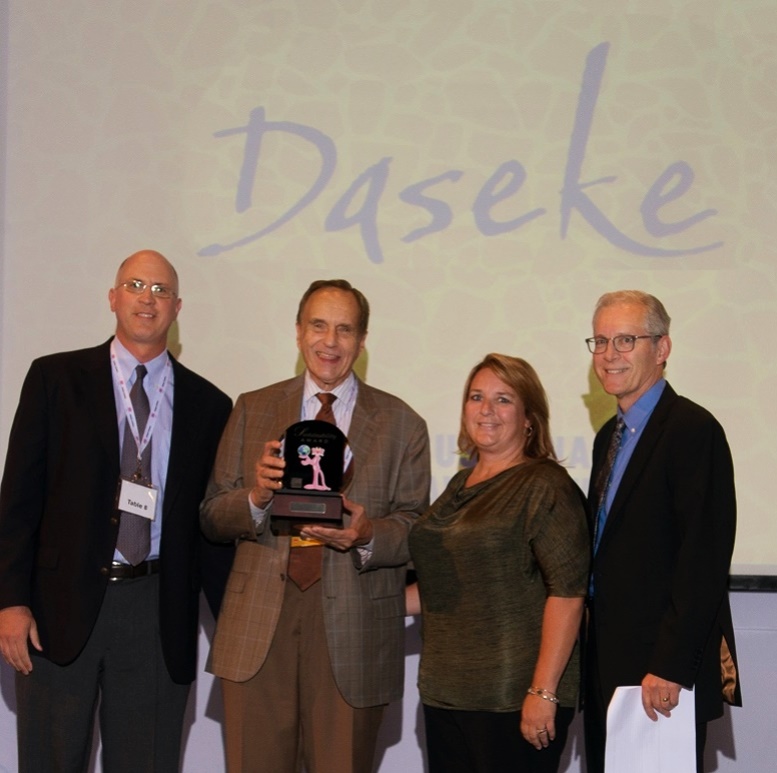 According to their website, Daseke Inc. “helps make some of the worlds most respected companies move heavy, cumbersome and time-sensitive loads, transporting some of the most visually interesting freight anywhere. On open-deck trailers across North America, our drivers can be seen moving wind turbine blades, aviation parts, the latest construction and agricultural heavy equipment, structural steel, pressure tanks, oil field equipment and construction materials.”

Not only do they offer transportation services in 49 U.S. states, but also their experienced drivers serve Canada and Mexico. Daseke wants to be able to service all of your shipping needs no matter where you live in North America.

Daseke has been very successful with his company, so sometimes it is hard to believe that he has only been in the trucking business since 2008. Before that, he has held several different hats, including working as a Certified Public Accountant and working for IBM.

In 1972, Daseke founded Walden Residential Properties, an apartment real estate investment trust that he sold in 2000 for $1.7 billion. In 1998, he founded Sage Telecom, a business that offered low-priced residential phone plans in rural areas, which he sold in 2012. In 2009, he decided to buy his first trucking company, Smokey Point Distributing because he like the people. A few years later, Daseke bought E.W. Wylie and that is when his idea of starting a trucking network was born.

The trucks at Daseke Inc. focus on moving big, difficult cargo. He found a niche that nobody else was doing, and decided it needed to be done. By having a network of companies across the U.S., Canada and Mexico, people’s can have their needs met, no matter how challenging what they need moved may be.

Daseke Inc. has won many awards, including a recent award by Owens Corning, who selected Daseke Inc. as Supplier of the Year in its sustainability category on October 27. Although Owens Corning works with 10,000 suppliers worldwide, Daseke Inc. was the only trucking company to receive this award for developing talent, training and keeping drivers in a high-turnover rate industry.

This is great news for Daseke Inc., because according to the American Trucking Association, there is an expected shortage of 47,500 truck drivers in 2015. This is due to different factors, such as females making up only 6% of all truck drivers, although they make up 47% of the U.S. labor force, the average age of truck drivers is 49, and the job requires being away from home for several weeks at a time. Daseke Inc. works hard to retain its truck drivers by paying them competitively and offering other advantages that other trucking companies may not.

Daseke believes in the power of merging companies for capital and mentoring, because when the companies come together, no jobs are eliminated.

“I love to build and I love to mentor,” said Daseke. “Together, we are building a culture of collaboration. We are focused on becoming North America’s leader of flatbed and specialized transportation solutions.”

Currently, Daseke Inc. has 14 people in the Addison headquarters and 3,000 employees across North America, 3,000 tractors, and 6,000 trailers.

We are proud to have Daseke and his company headquartered in Addison, especially because of all the work he has done for the Town of Addison. His work includes being a former member of the Addison Town Council from 2009 to 2011, served as Mayor Pro Tempore of Addison in 2010, was past President and Chairman of WaterTower Theatre, and served as Commissioner on the Planning and Zoning Commission for the Town of Addison from 2005 to 2009.

His partner, Daseke Inc.’s EVP and CFO Scott Wheeler, also has ties with Addison, as he was the former Mayor of Addison from 1999 to 2005. On November 16, the Dallas Business Journal named Wheeler the CFO of the Year in the Middle Market Category.

“Scott Wheeler is my invaluable partner,” said Daseke. “His superior knowledge of financial matters are only outshines by his leadership abilities. Scott’s arrival to Daseke in October 2012 ignited out growth, resulting in our company growing from $50 million in 2011 to an estimated $675 million in 2015. Daseke’s objective is to be the premier flatbed and specialized carrier in North America. Scott’s leadership is the primary driver of our success. I am extremely proud of Scott.”

With everything Daseke has done and proved he is capable of, it is no wonder Daseke Inc. continues to receive awards, employee retention, and success.