The recognition keeps on coming as Daseke Inc. was recently named the number one fastest-growing trucking company on a list of the 50 largest U.S. trucking firms in the United States. The distinction comes after SJ Consulting Group conducted a survey for the Journal of Commerce.

We had another tremendous year, and we’re pleased to be recognized for our growth in 2014,” said Don Daseke, CEO of Daseke, Inc. “We’re well on our way for another outstanding year in 2015.”

According to the survey, flatbed/specialty hauler Daseke’s revenue grew by 157 percent. The next closest truckload carrier was Heartland Express at 49 percent.

See below for the full JOC article written by William B. Cassidy at wcassidy@joc.com and follow him on Twitter: @wbcassidy_joc. 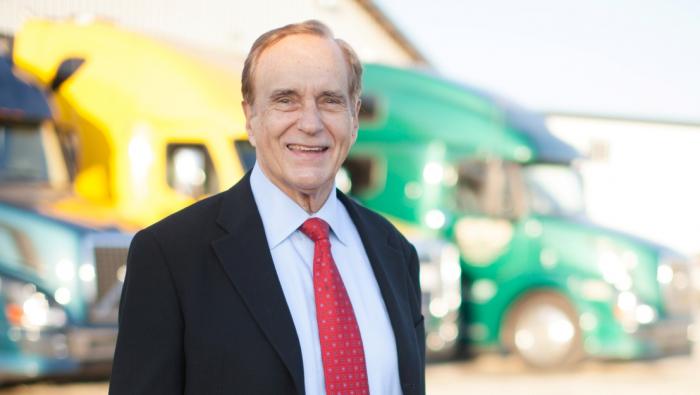 A flatbed and specialized freight carrier and two auto transport companies were the fastest-growing businesses on a list of the 50 largest U.S. trucking firms last year. Most companies on the list grew faster as the U.S. economy accelerated in 2014.

That’s good news for shippers who need a healthier, financially stable base of carriers to provide transport capacity as the U.S. economy continues to expand in 2015.

The specialized carrier’s revenue soared 157 percent in 2014 to $532 million, propelling Daseke onto the Top 50 Trucking Companies list for the first time at number 49. Since 2009, when it had $30 million in revenue, Daseke has grown rapidly through mergers.

In second and third place were Jack Cooper Transport and United Road Service, both car-haulers. The rapid growth of three non-traditional trucking firms reflects a stronger industrial economy, high automotive demand and the power of acquisitions.

Jack Cooper, number 26 on the Top 50 list, increased revenue 100.8 percent to $987 million, while United Road Service, 45th in the rankings, boosted revenue 67.3 percent to $560 million. Both companies made major acquisitions in 2013, fueling growth.

The next seven carriers on the list included truckload and less-than-truckload carriers as well as a bulk carrier, with growth rates ranging from 19 percent to nearly 50 percent. In comparison, the fastest growing carrier in 2013, KLLM, raised revenue 61.9 percent.

The 10 fastest-growing carriers among the Top 50 Trucking Companies in 2014, and their year-over-year growth rates, were:

Most of these companies made significant acquisitions in 2013 and 2014, gaining not only revenue but customers.

The more vigorous expansion of the 10 fastest-growing carriers reflects much stronger overall growth among the Top 50 trucking companies last year as the economic recovery finally began to speed up after a “soft patch” that lasted through much of 2012 and 2013.

The Top 50 carriers increased their combined revenue 10 percent last year to $117 billion, compared with a 5.3 percent gain to $106.3 billion in 2010. Significantly, the number of Top 50 truckers that increased revenue by more than 20 percent tripled, rising from three to nine.

The wave of acquisitions that helped drive that growth is expected to roll on this year, as tight trucking capacity and rising freight demand give carriers impetus to make deals and grow quickly. For many, acquisitions also are the most expedient way to find new truck drivers.