*Reprinted with approval from the Journal of Commerce

The combination gives Daseke, which specializes in heavy haul, oversized and specialized freight, a bigger footprint in the Southeast and access to heavy freight arriving at the region’s ports. “That is definitely new,” Don Daseke, founder and CEO of Addison, Texas-based Daseke, said in an interview. Bulldog “moves the majority of the containers coming into the port of Charleston.”

Bulldog Hiway Express, founded by R.D. Moseley in 1954, actually moved the first container to come off a vessel at the South Carolina port. The North Charleston-based flatbed and intermodal hauler is the largest trucking operator in the region, with several hundred tractors and more than 400 trailers. 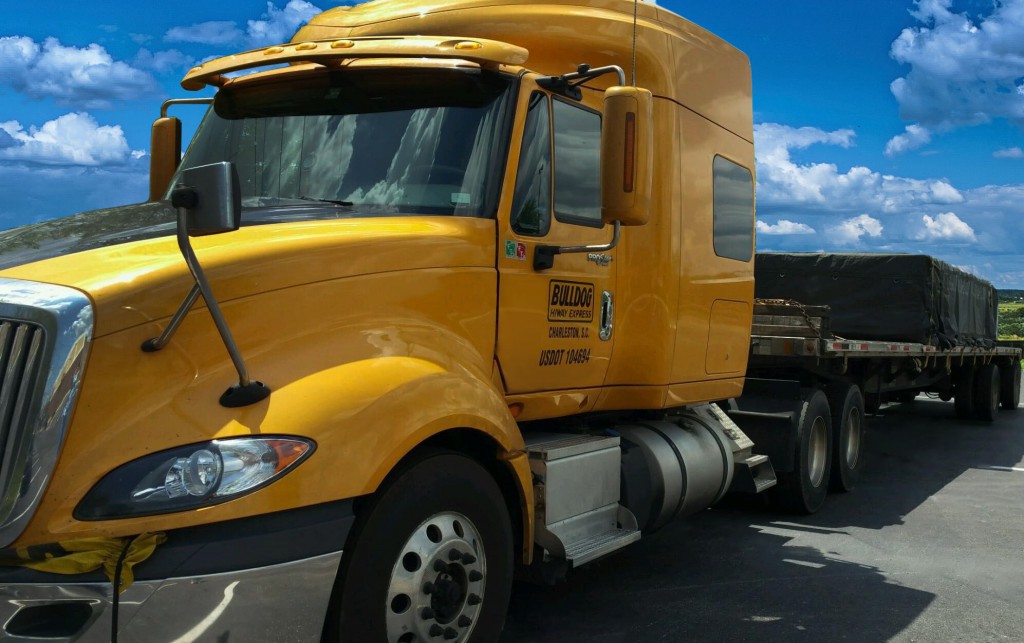 “Bulldog is one of the most established truckers in Charleston with a history back to the beginning of containerization,” said Jim Newsome, president and CEO of the South Carolina Ports Authority. “They do a lot of drayage to and from the railroads, and they’ve always had a big influence here.”

“This is the right decision at the right time for Bulldog,” Phil Byrd, Bulldog’s president and CEO and the immediate past chairman of the American Trucking Associations, said. “The synergies and collaboration that exist within the Daseke family of companies, that we are now a part of, will bring added capacity, capabilities and value to our people and customers.”

The company also hauls goods from the ports of Savannah, Georgia and Mobile, Alabama, Daseke said. That will allow Daseke and its companies to tap more international freight.

Daseke Inc., founded in 2009,  is the fastest-growing business on the 2015 Top 50 Trucking Companies list produced by SJ Consulting Group. The company’s revenue leaped from $30 million in 2009 to $532 million last year, according to SJ Consulting Group data.

Add Bulldog Hiway Express to the mix and Daseke’s revenue run rate for the past 12 months will approach $750 million, Daseke saidWednesday.

“Our objective is still to be at a $1 billion run rate in 2016. But we will only add companies if they’re exceptional companies,” Daseke said.

Daseke has grown by merging with a total of ten operating companies. Last October Daseke merged with Lone Star Transportation, a Texas carrier that hauls over-dimensional loads such as aerospace parts, wind turbines and blades, and oil and gas drilling equipment.

Daseke now operates more than 2,800 tractors and 5,800 open-deck trailers, and is the largest open-deck trailer operator after Landstar System. Unlike Landstar, however, Daseke owns its equipment.

For example, Boeing South Carolina, an assembly plant for for Boeing’s Commercial Airplanes division, is located in North Charleston.

“The South is really a great place for manufacturing and for companies to expand plants,” Daseke said. That includes foreign chemical manufacturers, who increasingly are investing in U.S. plants to take advantage of low energy costs.

In South Carolina, the focus lately has been on the automotive sector.

Volvo is building a car factory in the Charleston area, its first in North America. Manufacturing growth is good news for Bulldog, Daseke said.

“If you have very heavy industrial equipment, they move it,” he said. “They showed me a couple of trailers that can move 190,000 pounds. They have two of them, and there are only five in the U.S.”

The merger with Bulldog, which will continue to operate autonomously under its current management, also adds another layer of diversification to an already diversified company. That helps counter any drag on Daseke from the drop in oil and gas drilling in shale oil plays.

“Clearly the oil and gas part of heavy haul is down,” Daseke said. “Mining continues to be down. But aerospace is very strong. Boeing has a backlog of five years of sales. Caterpillar announced their business is down from $55 billion last year to $50 billion this year, but our business with Cat is up. We think we can do well with industries that are going through tough times because of our capabilities and service. Customers want much more than a price these days.”

Namely, they want safety and dependable service, he said. “It’s not just enough to quote a price, somebody has to show up.” The merger with Daseke will give Bulldog and its shippers access to a nationwide network of companies and a large pool of open-deck trailer capacity.

“Bulldog could manage freight for customers all across the U.S. using the Daseke family of companies,” Daseke said. “That’s huge. Our major customers are very focused on having capacity.”