Amanda Hemker is a vice president who knows finance — but she also knows her software.

The VP and corporate controller at Daseke Inc. (Nasdaq: DSKE) recently took on a big project to implement a technology upgrade that took roughly six months at the company that ships goods on flat-bed trucks.

While the implementation included “lots of long” nights, Hemker was determined.

The Addison-based company had been growing, but still relied too much on traditional programs, including Excel.

“We knew that wasn’t scalable. We were already struggling,” said Hemker, who joined Daseke in 2013 after working in public accounting.

Daseke has grown as it acquired more than 20 companies since the beginning of operations in 2009. Its fleet includes roughly 6,000 tractor vehicles and 13,000 flatbed and specialized trailers. In the first quarter of this year, sales jumped 32 percent to $433 million.

Hemker has seen many of those acquisitions – and knew the company needed more ample software package.

While not easy, the new system, an Oracle package, went live on Jan. 1, streamlining formerly disparate operations and systems for Daseke, which only recently filed its first quarterly with the U.S. Securities and Exchange Commission. 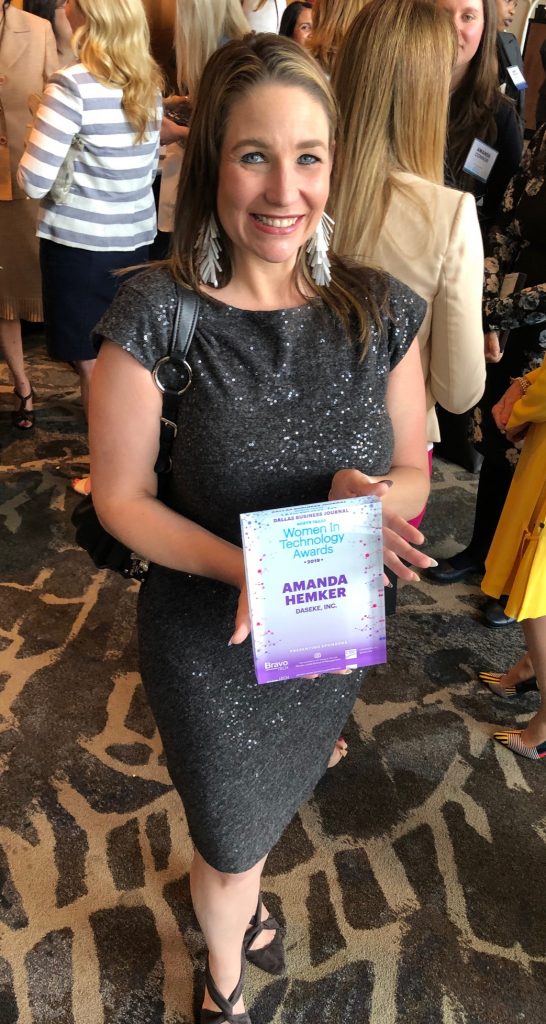 Read more about Hempker’s background and the system update in the following interview:

What’s your approach to tech if it’s not something you’ve been trained in or went to school for?

Can you describe what the systems were like after you arrived?

Very decentralized, disparate systems – they don’t talk. Me, sitting her in my office in Addison – I can’t go pull a GL (general ledger) detail from one of my companies. So, six years ago, we started with a product called Essbase – that’s an Oracle product. We started using that to consolidate, and it made things a lot easier, I will say.

Why did Daseke need a change?

So, how did things progress from that?

By the time we went public in 2017 and then were making like seven more acquisitions, we were like, “OK, this is getting too big. This is not going to work.”

We decided if we do a full-blown Oracle implementation, figure out what all they can do, figure what we can build to make this work … We kind of figured out all that.

We did (Oracle’s) ERP, which is how we’re doing our accounting. We went ahead and did the regular Oracle GL, kind of out-of-the-box.

We’re hoping that as we move forward, we can start to bring new companies onto Oracle instead of having all these separate systems. We’d also like to give the opportunity to those existing companies if they would like to switch. That’s something we’re still exploring.