Phil Byrd Sr.’s alma mater, Charleston Southern University (CSU), provided him with the solid academic foundation and core values that have allowed him to build a long and successful career, one that’s culminated in his rise to the position of president and chief executive of Bulldog Hiway Express, a Daseke family company.

But Charleston Southern University made an even more meaningful contribution to Phil’s life — it introduced him to Lynda, his wife of 41 years.

“I got a good education at Charleston Southern University, but I got a tremendous spouse,” Phil says of Lynda, who passed away in March 2017. “Once I met Lynda, it changed my life, my curriculum and my career path.”

Phil has repaid Charleston Southern over the years by serving multiple terms on the school’s Board of Visitors. The members of this body commit to a long-term financial giving plan, with all contributions going directly to CSU student scholarships.

“The Board of Visitors program is our way of connecting local business leaders and CSU alumni to the university for networking purposes and also for the purpose of raising funds for our students,” says Brittani Watkins, director of alumni and parent engagement at Charleston Southern. “We greatly appreciate Phil’s service on the Board of Visitors and his support of our students.”

Now CSU has recognized Phil’s professional achievements and dedication to giving back by awarding him the honor of Distinguished Alumnus of the Year. He received the recognition at the school’s annual graduation luncheon in May. 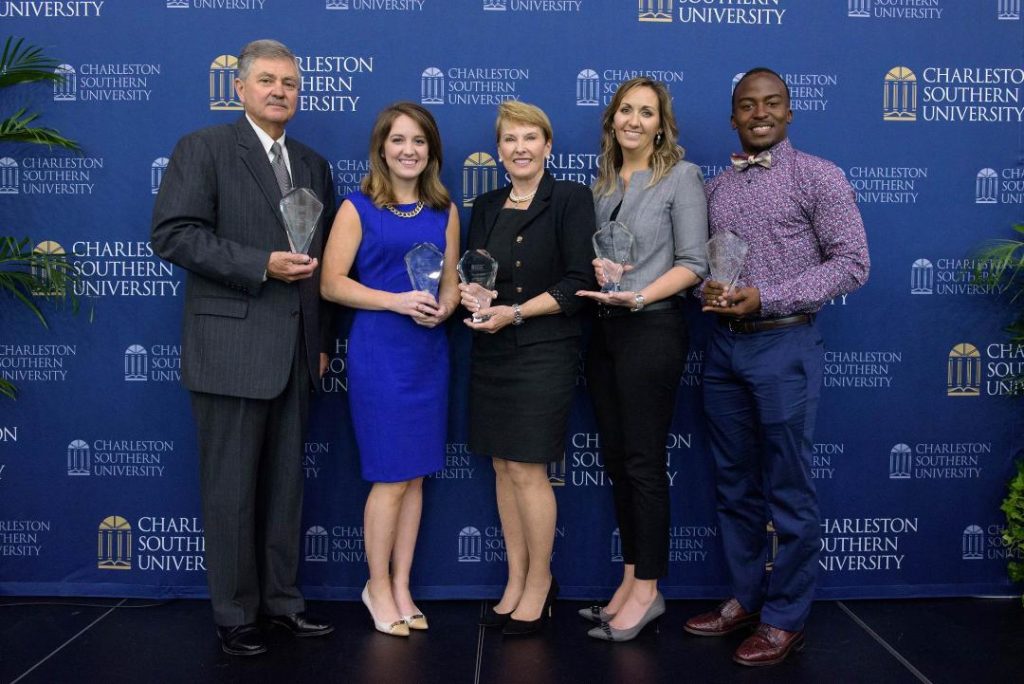 And this isn’t the first time Charleston Southern has celebrated Phil. The institution, founded in 1964 in South Carolina, named him its Alumnus of the Year in 1999.

Nevertheless, that Phil wound up at Charleston Southern (formerly Baptist College of Charleston) to begin with, much less used it as a launching pad for a successful business career, is something of a miracle. As he says, “God had it in the plans.”

“I had a semester break,” he recalls. “My parents wouldn’t hear of me goofing off. They suggested I take some general curriculum classes at Charleston Southern.”

So Phil, having completed an associate’s degree at Anderson University and put himself on the path to entering medical school to become a physical therapist, enrolled at CSU.

While moving into his dorm room that first day, Phil spotted an attractive young woman with blonde hair cycling across campus. As fortune would have it, she was headed to her campus job to take photos for the ID cards issued to new students. They met, and he asked her out the next day.

“I wanted to stay there and be close,” Phil says. So he switched his major, graduating with a business degree in 1976. “I have no regrets,” he says. “God’s blessed me with an amazing life and a great career.”

Phil’s professional career started in the family lumber business, only to shift quickly. Phil eventually joined Bulldog Hiway Express and now has invested more than 35 years in the people of the trucking industry, including many leadership roles including Chairman of the American Trucking Associations.

Phil credits the education he received at Charleston Southern with helping him at every step of his journey.

“The DNA of CSU being a quality, Christian university has had a dramatic effect on how I conduct myself in my private life and my business life. I was surrounded by an administration and a faculty that were godly men and women, who instilled the values of hard work, a good education and of living a godly life.” According to Phil, “you put those things together it’s a hard combination to beat. I feel blessed in having gone there.”