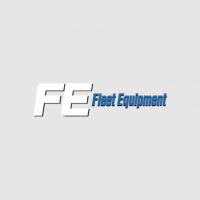 on July 26, 2016 in Bulldog Hiway Express
Written by Seth Skydel and approved for reprint by Fleet Equipment Magazine. 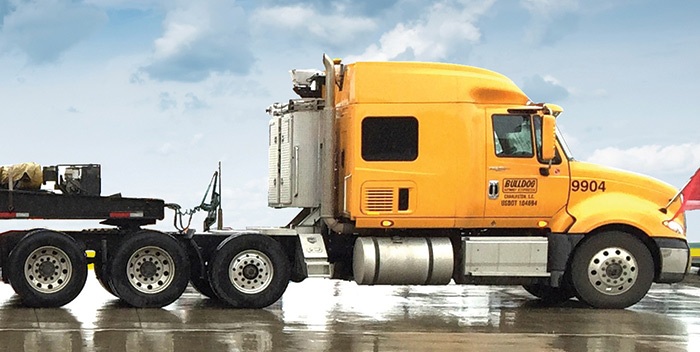 “All of our employees know that we will never, ever compromise on safety or compliance,” he says. “We will always operate as a safety-first company.”

What’s also apparent is that those aren’t just words to Byrd. In several ways, he is quick to explain, the Charleston, S.C.-based flatbed and heavy-haul carrier is focusing on safety in every aspect of its operation.

Bulldog Hiway Express has a safety record that speaks for itself. In 2015, the carrier had only two reportable accidents as its equipment traveled 11.6 million miles.

“We have a .2 per million mile accident rate over the past decade,” Byrd relates, “while the industry average in our market segment is .35. Also, in 2015, the 40 trucks in our heavy-haul division had no chargeable accidents.”

Byrd also notes that Bulldog Hiway Express maintains what he calls “an impeccable CSA score” and that the company has been recognized for its safety efforts. Included are the 2016 Fleet Safety Award and Fleet Safety Zero Accident Award from the Specialized Carriers and Rigging Association along with three Grand Safety Awards in South Carolina. Currently, the company is in the running for several upcoming ATA safety recognitions.

Always ready to give credit where it’s due, Byrd points to the Bulldog Hiway Express safety team led by Jerry Peterson, director of safety and training, along with Chris Blackwell and Bob Lewin.

“One of the wisest decisions I’ve ever made was hiring Jerry Peterson,” Byrd says. “He came on board 20 years ago as a driver after a distinguished 22-year career in the U.S. Navy, and 16 years ago he left the driver’s seat to drive our safety program.

“All three of our safety team leaders are retired military,” Byrd continues, “and the training they received is positively impacting everything we do. They run everything with order, precision and accountability. What these guys learned in the military is making our company a truly a one-of-a-kind performer in the industry.” 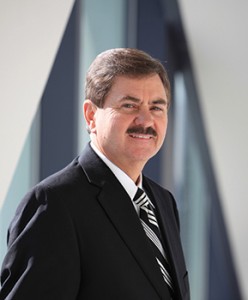 For Byrd, another indicator of success at Bulldog Hiway Express is its low driver turnover rate of less than 10%.

“The average tenure of a driver at our company is 15 years,” he reports, “and we believe that is the result of respecting and caring for our people and their families. For example, we include our drivers in key decision making processes for equipment, routes, customers and company policies.

“We aggressively offer pay rates and incentives that help with driver retention,” Byrd continues. “Recently, we installed EpicVue in-cab satellite TV systems in every truck. It’s a great product that improves the quality of life for our drivers on the road. We also have Driver of the Month, Driver of the Quarter and Driver of the Year recognition programs, and a program that rewards drivers with points that can be used for a variety of prizes.

“We also include our drivers’ families, sometimes sending a gift certificate home with a note saying how much we appreciate their hard work,” Byrd adds. “Last but not least, we have an open-door policy. Every driver has a phone number they can use to call me day or night if they have a problem or concern.”

Having top-notch drivers starts with quality screening and hiring practices, according to Byrd

“Since our turnover is so low, we can be particular about who we hire,” he says. “Drivers have to be a good fit for us and vice versa. We may even consider 50 candidates before hiring one driver.”

Technology and safety also go hand-in-hand at Bulldog Hiway Express. For example, once a driver is hired, an extensive orientation program focused on safety utilizes the Smith System of defensive driving.

Today as well, each truck in the fleet is equipped with Omnitracs on-board communications systems, which along with providing load and route information are used to monitor compliance with speed limits.

In 1998, Bulldog Hiway Express was one of the first fleets in the country to automate driver logs. Today, it is also deriving other benefits from its use of Electronic Logging Devices (ELDs), a message that Byrd says the entire industry should hear.

“ELDs provide for absolute and precise compliance,” Byrd says, “and for us it’s also meant an uptick in productivity. With paper logs you can’t always see the small time intervals of 15 minutes or so that might still be available under Hours of Service rules. In many cases, we’ve been able to use that time to ensure a delivery or pick-up is made, without ever risking being out of compliance.

“When it comes to technology, safety is the payback,” Byrd continues. “For that reason, we recently started installing SmartDrive vehicle date and video event recording systems on our tractors. The camera systems are especially helpful in our heavy-haul operation, where we often handle oversize loads reaching 180,000 lbs.”

“We start with equipment spec’d to safely handle the cargo we haul,” Byrd says. “For our heavy-haul operation we buy multi-axle tractors with high HP engines and heavy-duty drivelines. For the other parts of our operation we buy standardized power units.”

Tractors at Bulldog Hiway Express spend four or five years in over-the-road service and then have second and third assignments in regional, short-haul and then intermodal drayage service. Every year, the company replaces 10 to 30 standard tractors and about five heavy-haul units.

The Bulldog Hiway Express maintenance operation is a key part of ensuring both trouble-free operation and safety, Byrd points out.

“We have a stable and knowledgeable workforce led by the team of Jim Hewston and Kenny Langley,” he relates. “Our average maintenance employee has been with the company for over 18 years. Collectively, they have a lot of wisdom and skill that we rely on.”

Maintenance, repairs and fabrication for the Bulldog Hiway Express fleet are handled at two in-house shops in Charleston, including a truck facility with seven technicians and a trailer and tire shop with another seven technicians. In Savannah, Ga., and Mobile, Ala., where the company domiciles equipment, and on the road, a combination of dealers, truckstops and local vendors are used.

Behind the scenes in all aspects of its business, Bulldog Hiway Express collaborates with its sister Daseke-owned companies to share ideas and best practices.

“It’s vital when it comes to safety to share best practices and collaborate with our sister companies,” Byrd states. “All of the Daseke companies are zeroed in on safety, so it’s a common goal and we’re all open to talking about new ideas and new technologies that can improve performance. Collaboration makes us all better and safer.”

“Safety is job one at Bulldog Hiway Express,” Byrd says. “We’ve always had a culture that makes safety the most important aspect of our business and we think everyone else should, too. My family is out there on the road, as is yours, so I wouldn’t be able to sleep if my fleet wasn’t as safe as possible.”

Bulldog Hiway Express is equally committed to providing unsurpassed customer service, something that is clearly reflected in its 98% on-time delivery rate and long-term contracts with some of North America’s largest shippers.

“We deliver far more than our customer’s cargo, “ Byrd says. “We deliver quality, and value with each shipment because we value our people and understand their needs. We have a saying that our drivers don’t just make a pick up or delivery, they make a difference, and we truly believe that.”