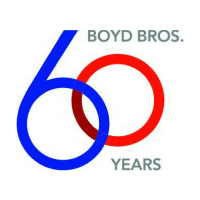 Not many trucking companies can lay claim to 60 years in business. But, if you’re Boyd Bros., a Daseke company based in Alabama, that milestone is just a springboard of what’s to come.

“It’s wonderful to look back and see what we’ve accomplished over the past 60 years,” said Boyd’s CEO, Gail Cooper, whose father, Dempsey, started the flatbed/specialized trucking company with his brothers in 1956. “But the best is yet to come as we continue to expand our offerings and grow our business.” 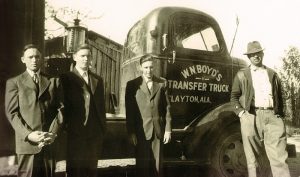 Cecil Boyd, at left, and his brothers Hilly and Dempsey stand next to a tractor their father, William Nickey Boyd, right, operated. Following World War II, the Boyd brothers drove trucks for 10 years before starting their own company: Boyd Brothers in 1956. 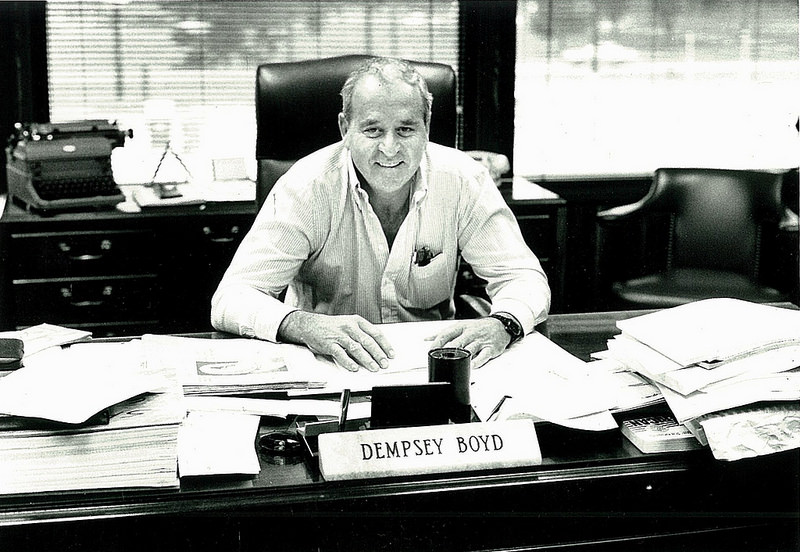 Dempsey Boyd, who founded Clayton, Alabama-based Boyd Brothers with his brothers Cecil and Hilly in 1956, sits at his desk at the company’s headquarters. Dempsey’s daughter Gail Cooper now serves as the company’s CEO. Gail’s son Chris Cooper serves as president.

According to Cooper, Boyd’s recipe for success has been built on a culture of taking care of its people. “We operate a family business and have treated our employees and drivers right,” she said. “We at Boyd have high integrity with a solid moral compass.” 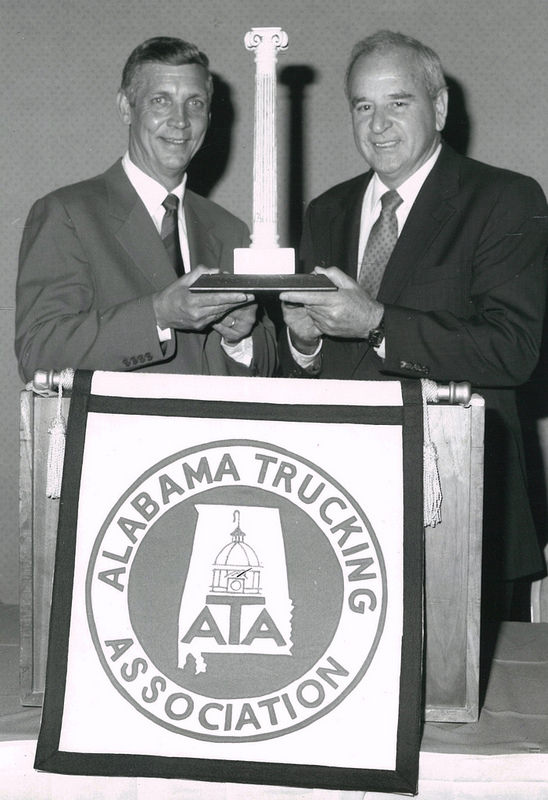 Dempsey Boyd, at right, receives the Alabama Trucking Association’s H. Chester Webb Award from the trucking association’s board chairman, Bill Harris with Fruehauf Trailer Co. Dempsey received the award in 1987 for lifetime achievement and service to the trucking industry. In 2010, Dempsey’s daughter Gail Cooper became the first woman in the organization’s 76-year history to be elected as chairman of the board of directors. Four years later, Gail was also honored with the same lifetime achievement award her father earned 27 years earlier.

Boyd’s growth has been especially strong in logistics and in offering full-service solutions. “We’ve also grown significantly with owner operators and lease-purchase drivers,” said Cooper. “We plan to keep driving hard in these areas as we further expand as a full-service trucking and logistics partner for our customers.” 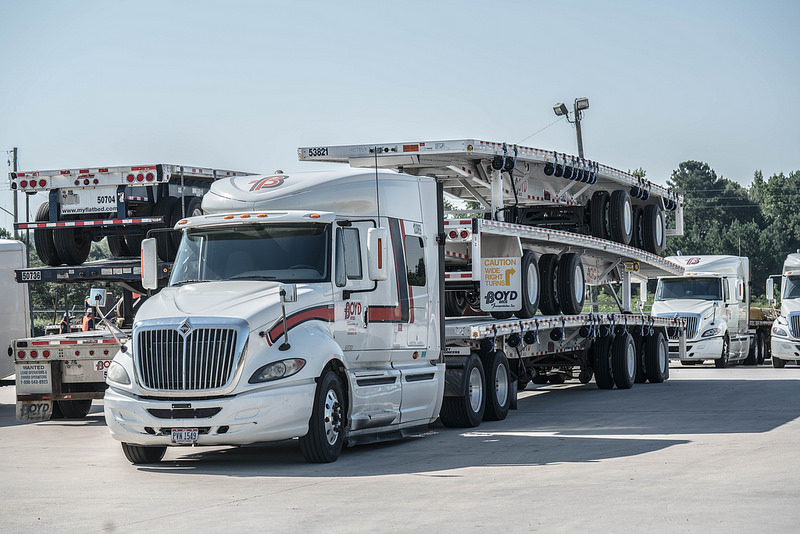 With more than 680 tractors, Boyd joined Daseke Inc., in 2013 but has kept management and “family” culture in place. “Our way of business did not change when we became a Daseke company — Don Daseke shares our belief that people make the difference,” said Cooper. “By being a Daseke company, we’re able to build on the synergy we have with our sister companies. And we share in scale and best practices.”

“I am so proud of the Boyd Bros. team on this great milestone that celebrates three generations of dedication to people,” said Don Daseke, CEO of Daseke Inc. “Chris, Gail and their team truly embody family values. They live the importance of understanding and respecting your legacy while being focused on building the future. A future we are all very excited to build together.” 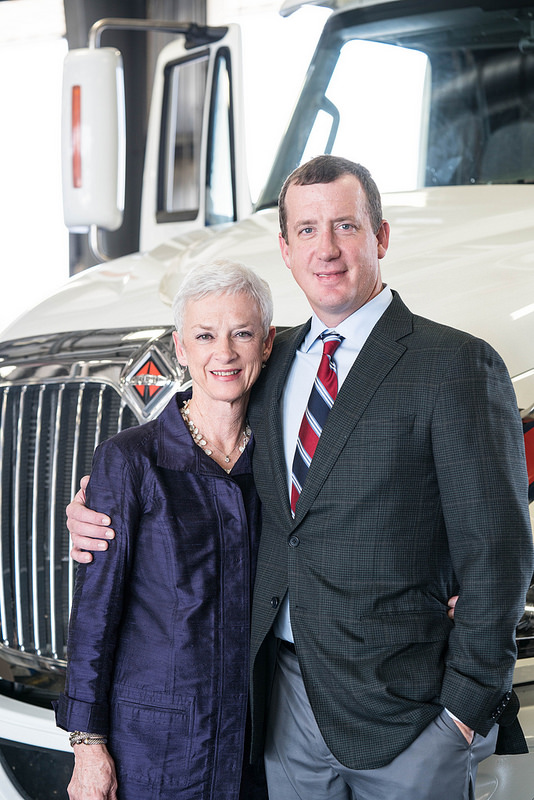 Gail Cooper, CEO of Boyd Brothers, and her son Chris Cooper, president, both lead the Clayton, Alabama-based flatbed/specialized trucking company, began by Gail’s father 60 years ago. The same family culture and three core business practices Gail’s father instilled in the company — attract and retain good people, diversify the business and do business with customers who value service and professionalism — still remain in place after it joined the Daseke family of companies in 2013.

Boyd Bros. is a family-run business in the true sense of the phrase. Gail’s son Chris serves as president of the company. “We have family values in how we run our company,” said Chris. “The vision of my grandfather was to work hard, work smart and enjoy life; and, to value, respect and trust our people. That philosophy has never wavered.”

According to Chris, Boyd attracts “strong people” who care about its customers. “We have three business practices that have been passed down to each generation,” said Chris. “Attract and develop good people — at our core is a group of hardworking, caring individuals who believe in Boyd and value our customers. We also diversify our product mix and customer base. This has allowed us to weather shifts in economic trends. Lastly, we partner with customers and vendors who value service and professionalism. This has allowed us to develop relationships with these companies and move forward together. And, that has meant our customers are willing to invest in carriers that can deliver their freight to their customers in a timely manner, error-free. Their commitment to the customer affords us the resources to hire the best drivers and maintain the best equipment and technology, allowing us to provide excellent service.”

Boyd drivers are some of the safest in the industry. One out of every seven Boyd drivers has driven 1 million consecutive accident-free miles. “Thirteen percent have been with us for more than 10 years; 25 percent for five years or longer,” said Chris. “We have a true family that is very diverse. In fact, 54 percent of our drivers have a minority status. We celebrate diversity and individuality.”

In addition, the company has a chaplain. “We ‘do life’ with our drivers,” said Chris. “We support them during their highest moments — a marriage, or the birth of a child, for example — or during dark days with an illness or death. Our chaplaincy program is integral to our culture. We also have Teledoc, a concierge medical support program that provides medical attention on the road.”

According to Gail Cooper, Boyd’s attention to driver needs and customer needs will continue. “We’ve been honored and recognized in the past. We’re a past recipient of CCJ magazine’s Innovator of the Year award and have been recognized by TCA as one of the country’s Best Fleets to Drive For®, placing in the top 20 for three years and receiving the top award in 2010. But, internally, we get most excited when we’re named as a shipper’s carrier of the year or when we hold a celebration to recognize a Boyd driver who has reached a milestone — like Charlie Walker getting his 3-million-mile safe driving award with us this year.” 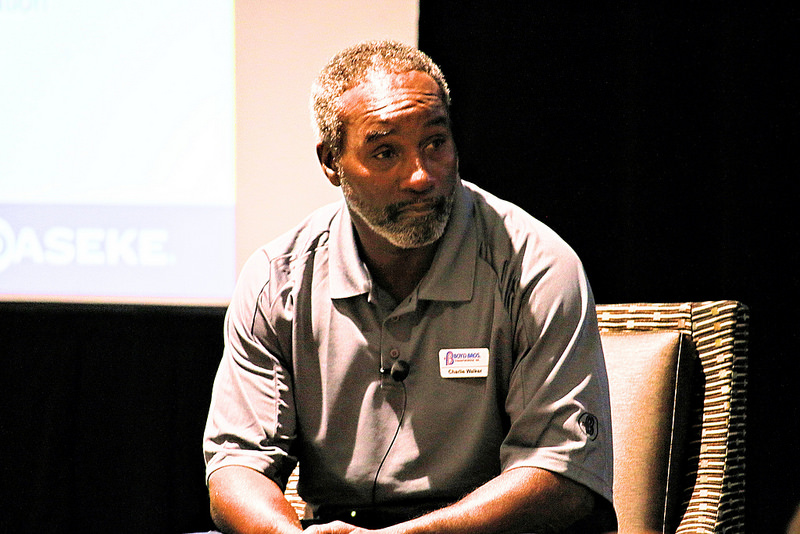 Charlie Walker, a Boyd Bros. driver with 3 million safe miles, speaks to open-deck shippers during a driver panel discussion in October of 2016 at the fourth annual Daseke Shippers’ Conference in Birmingham, Alabama. 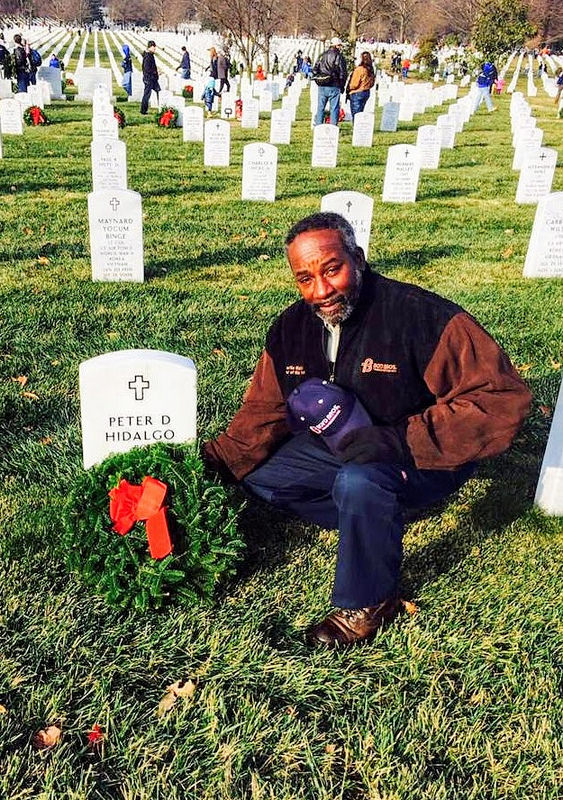 Charlie Walker, a Boyd Bros. driver with 3 million safe miles, lays a Christmas wreath at the grave of a veteran. Walker is one of several drivers from Daseke companies who volunteered to deliver wreaths to veteran cemeteries across the United States.