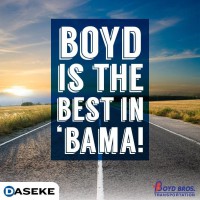 on September 17, 2014 in Boyd Bros. Transportation

This is the second time the company has earned the award in the annual competition, which ranks companies based on the results of employee and employer surveys. Boyd Bros. Transportation was among the top 20 companies honored at an awards ceremony and reception in Birmingham earlier this summer.

Chris Cooper, COO of Boyd Bros. Transportation (on right) accepts award from a Best Companies Group representative. The Pennsylvania-based Best Companies Group, which conducts the annual employee survey, evaluated the responses and ranked them. Awards were given to the top 20 ranked companies at an awards ceremony and reception in Birmingham earlier this summer.

Business Alabama Magazine featured the businesses and the awards in its September issue. Boyd Bros. Transportation also made the list in 2012.

“We’re honored and excited about this announcement,” said Lynn Colley, vice president of human resources for Boyd Bros. Transportation. “This is a great achievement and we’re certainly celebrating. One of the best things about this award is the feedback we received from our employees, who were randomly chosen to complete the anonymous surveys. Their responses provided valuable insight into what we’re doing right as well as areas that can be improved.”

Employees were asked to rate their satisfaction with various aspects of the company, such as culture, work environment, pay and benefits. The Pennsylvania-based Best Companies Group, which conducts the annual survey, evaluated the responses and ranked them.

“A few areas where we measured highest were role satisfaction, employees’ opinions of their supervisors, and overall engagement. Employees indicated they feel satisfied in their roles within the organization and like the work they do. They expressed commitment to the company and a willingness to go above and beyond what is expected to improve the bottom-line,” Colley said. “Something that really stood out in this year’s as well as previous survey results was how Boyd Bros. Transportation has a strong family-oriented and family-like culture.”

What Colley really values, particularly as a supervisor herself, is employees reporting they felt they were treated fairly and with respect. Colley also said she and other company managers appreciate the number of company drivers who participated in the random survey.

“We think this participation was particularly good because we’ve made it a priority to engage our drivers, who are out on the road outside of the office for several days at a time,” she said. “The fact that they took the time to participate and respond to the survey tells us that they feel as though they are a part of the team and that their opinions matter. That really meant a lot to us.”

Colley believes several efforts made by the company and its managers and executives have contributed to employees’ high esteem of Boyd Bros. Transportation. Among some of those efforts are:

Since the survey was conducted earlier this year, well after Boyd Bros. joined the Daseke family of companies, Colley said it’s good to know that employees believe that the company’s family-oriented culture has not been changed as a result. The survey results show that efforts by managers and top company executives to maintain the company’s family-oriented culture and high employee satisfaction have succeeded, she said.

“Employees remain happy and satisfied with their jobs and the direction of the company after The Boyd Companies joined Daseke,” Colley added. “The survey results clearly reflect that. I think our efforts to communicate what was going to happen throughout the process contributed to that success. Employees appreciated being informed as well as having Don Daseke come out to introduce himself and talk about the positive changes that would occur from the merger before it all happened.” 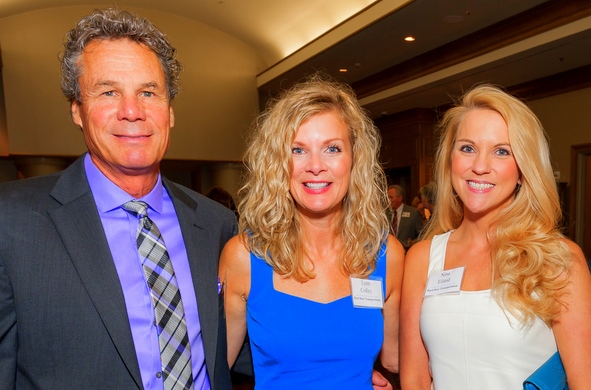 For more photos and a message from Boyd Bros, check out their Facebook page.