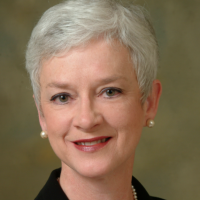 While that may not be the usual saying, for Gail Cooper and her late father, Dempsey Boyd, it’s an appropriate one. Particularly given that the Alabama Trucking Association recently honored the Boyd Bros. Transportation CEO with the H. Chester Webb Award for lifetime achievement and service to the trucking industry.

It’s the same award Cooper’s father, Dempsey Boyd, received 27 years ago for his more than 40-year support for the trucking industry and the association.

“To be honored with the H. Chester Webb award was extremely humbling,” Cooper said of the moment her name was announced at the association’s annual meeting and convention in Destin, Fla. “It was really special. They had brought in my family, who were waiting in a nearby room. I was totally shocked.” 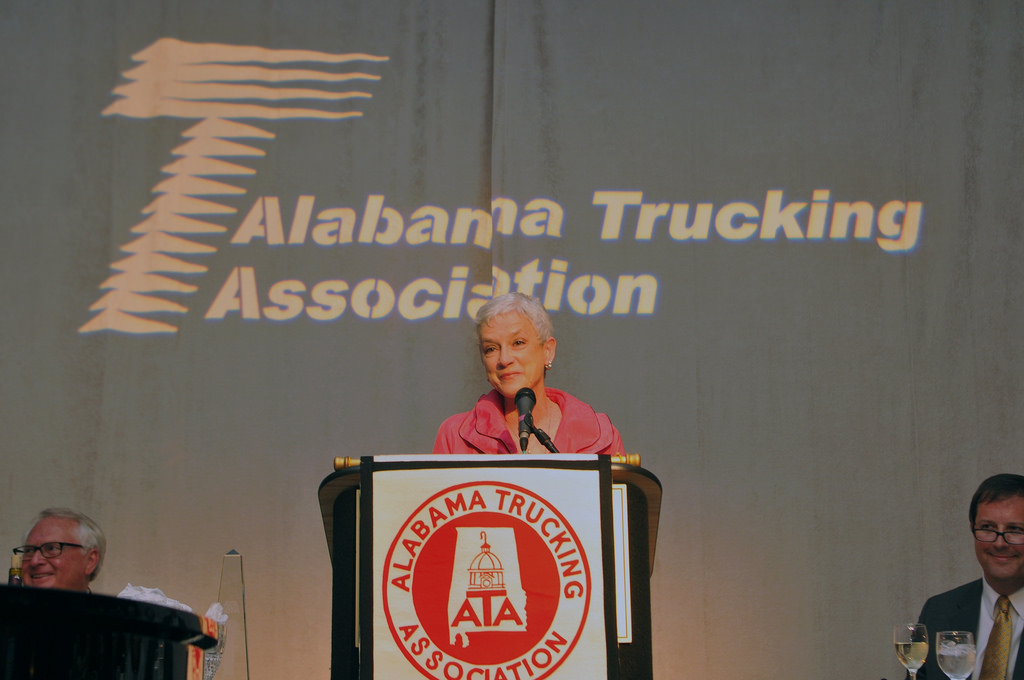 The H. Chester Webb Award was developed in 1958 by the leaders of the Alabama Trucking Association to encourage members to foster industry pride and dedication and to encourage service to their communities. Webb was co-owner of Birmingham, Ala.-based Deaton Truck Lines, Inc., which was then one of the most successful operations in the Southeast. He also served as Alabama’s vice president to the American Trucking Associations.

For nearly 30 years, Cooper has worked in the family’s trucking business, which her father, Dempsey Boyd, founded in 1956. After serving in a variety of jobs, Cooper became the company’s CEO in 2000.

Even as the trucking industry emerged from one of its most trying times, Cooper still advocated for the Federal Motor Carrier and Safety Administration’s safety monitoring program, Compliance, Safety, Accountability (CSA). And she supported efforts by state and federal legislators to enact across-the-board bans on texting while driving by commercial and non-commercial drivers.

“I support these efforts to make the roads safer for all motorists because I drive and because I have children and grandchildren who are out on the highways,” Cooper said. “And safety is vital for our industry. We can’t allow the few truck fleets and operators who don’t operate safely to give the entire industry a bad reputation.”

Ford Boswell, director of communication for the Alabama Trucking Association, said Cooper has been “an incredible spokesperson for the trucking industry,” because she is a business leader with conviction and principle and has steadfastly supported a culture of safety within her own company and the industry.

“She’s the perfect leader,” Boswell said. “When she doesn’t know something, she’s not afraid to find the people who know the answers and consult with them. That’s how she’s become an influential member of our association and a successful leader for her company and our association. It’s also why she was chosen to receive the association’s lifetime achievement award.”

In 2010, Cooper became the first woman in the organization’s 76-year history to be elected as chairman of the board of directors. Boswell said during the entire time she served as the board’s leader, she refused to go by the title “chairwoman.”

Cooper said she likes to take a more collaborative approach in running the family business and in leading the state trucking association. Though she understands her uniqueness in a male-dominated industry, she prefers not to set herself apart.

“Collaboration, as well as a focus on safety, were those things that really sold me on our company joining the Daseke family when Don Daseke first approached us,” Cooper added. One of Cooper’s latest achievements was a groundbreaking merger with Addison, Texas-based Daseke, a family of premier open-deck and specialty transportation companies.

“I really liked the idea of our companies sharing in our expertise, learning from each other and supporting one another. I think my Dad would have approved of our company joining Daseke. And I think he would have been proud to watch his daughter earn the same award he did in 1987.”

Daseke is a family of specialized flatbed trucking companies serving 49 states, Canada and Mexico. The companies include Smokey Point Distributing, based in Arlington, WA; E.W. Wylie, based in West Fargo, ND;  J. Grady Randolph, based in Gaffney, SC; Central Oregon Truck Company, based in Redmond, OR, Lone Star Transportation in Abilene, TX and The Boyd Companies — including Boyd Bros. Transportation, WTI Transport and Mid Seven Transportation.