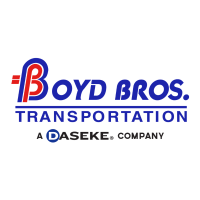 on September 26, 2019 in Boyd Bros. Transportation

Myron Moffett has accomplished a feat that few professional truck drivers will ever do during their careers. He recently achieved 2 million miles of safe driving as a company driver with Boyd Bros. Transportation.

“It is a huge goal to work for and I’m proud to have gotten here,” said Moffett, who has driven for Boyd Bros. for 19 years. “Honestly, though, I’ve being doing this for so long that staying safe on the road has become a habit. I work hard to do this job the right way and reaching 2 million miles is just a result of that.” 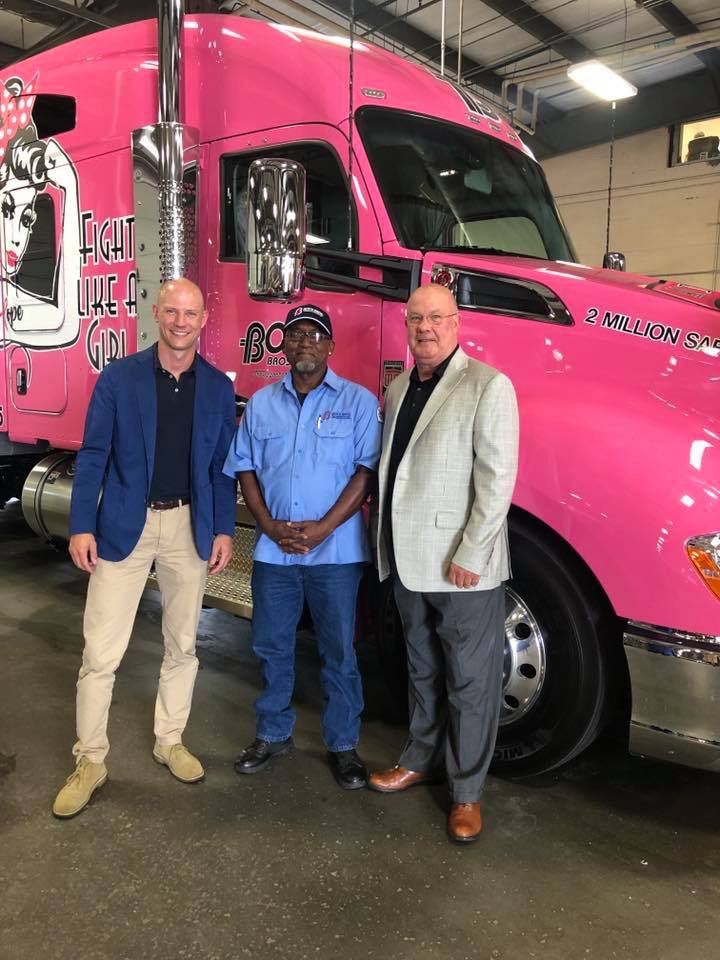 Drivers like Moffett must maintain a driving record free of accidents or incidents in order to reach a million miles or more of safe driving. This is something that takes drivers years of hard work and has become even more difficult recently due to a rise in distracted drivers on the road. As part of his award for this achievement, Boyd Bros. gave Moffett a brand-new pink truck to drive and help raise awareness for breast cancer.

“I’ve had relatives who’ve gone through breast cancer, a relative who has passed from the disease and my mother-in-law is a breast cancer survivor,” Moffett said. “This is a subject that’s important to me because it’s affected people in my life and I’m honored to drive this truck in support of them.”

The truck gets noticed a lot on the road. Moffett said that he gets waves and thumbs up from other drivers on a daily basis.

“Everyone has someone they know who’s been through breast cancer or has passed from it,” he said. “I’m glad that this is a cause Boyd feels is important and I’m proud to support it.”

Moffett lives in Mississippi with his wife and is able to get home nearly every weekend. They have two grown children and four grandchildren. Prior to becoming a professional driver, Moffett worked in the farm industry hauling grain locally. He decided to become a trucker to make a better living and driving a flatbed truck was something that had always interested him. He learned about Boyd Bros. during driving school and was able to get hired on right away.