You are here: Home › Our Specialized and Flatbed Companies › The Boyd Companies

Mid Seven Transportation is an open-deck carrier specializing in the transportation of machinery, steel, and building materials through out the Midwest.

Boyd Logistics is a service driven company that represents several thousand carriers and trucking companies across the United States. 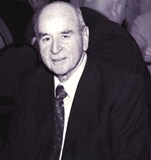